(Re-posting this here so it's somewhere provided AG is dead, and for anyone else who hasn't seen them. The Sony board needs some love here ) 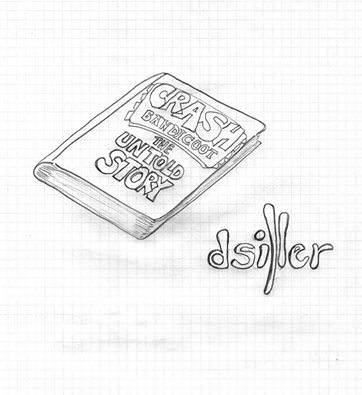 An archive of such magnitude must have a story to go behind it, no? I guess this is now my turn to tell one. Crash has been essentially my entire life, growing up on the PS1 and learnt very quickly to walk off edges and miss 1 or 2 boxes and scream in exasperated annoyance as I restarted the level again. Year after year I play the originals, and am still amazed by the "learn now, challenge later" approach to CB's level design and entire mentality towards teaching the player entirely through the gameplay. But, with the franchise long dead (at the time), that was all there is and all there would be for a long, long time. But I never forgot, and always wanted more. And oh my, there was more.

DRX (bless him) released the now well-known "Crash Bandicoot Prototype" (Feb 29 1996) back in 2011, That was essentially the spark that started everything, and I became more interested in the obscure hobby of protoculture. The unfinished levels, the unfinished enemies, and even the older "fruit score" system were revealed, many things hinted at for years in rumors or backwater CB forum posts turned out to be true, and yet it still was more than what anyone would have expected.

If DRX had one of these discs, then that must mean there were more undiscovered Crash secrets out there. We saw the E3 Beta, the Crash 2 beta, CTR review copy. Like an irate dragon atop his hoard of gold, I continued, sucking up every last file, grainy e3 clip, shoddy 240p VCR tape B-rolls from a Spanish source. But, that was it. That was all there was, apart from decades-old magazine scans or Prima guides, of which were of little priority or importance. And so, the trail ran entirely dry. Crash was to sleep once more for a time.

Until 2015. The original producer and main designer for CB, David Siller, created a private Facebook group, one containing the artists and musician who worked on the series, and other fans who were trusted enough (or knew exactly where to look) called "Crash Bandicoot Untold Story". And, of course, there were many untold stories.

Joe Pearson (concept and environmental artist), Charles Zembillas (concept and character artist, creator of Crash/Spyro/Jak and Daxter), Josh Mancell (musician and composer for "Mutato Muzika", contracted to create the iconic soundtrack) and David Siller (Producer and Designer for CB1), all reunited in one place, at one brief few months in time. They all managed to paint a tale different to the embellished one retold year after year by Gavin/Rubin.

Siller was the mastermind behind everything that made Crash.. well.. Crash. Universal sent him to oversee and direct the production of the first game, and he quickly set to work, ignoring Rubin's arrogant claims that "they never needed a manager". Originally from classic platformers like Aero the Acrobat, Siller was a very seasoned veteran of the genre. The level design teaching now, and challenging later. The mechanics, and great translation of the 2D DKC-era platformer to a 3D medium, translating secret levels, bonus rounds, and the things that worked well in 2D yesteryear, into the new age of 3D. He found the right musician, used Universal's connections with Hanna-Barbarra studios and Hollywood-level talent to find the artists who could give this "Wombat" project the face of a true icon, to rival red Mario and blue Sonic.

Some fun contextual trivia to break up the humongous tale: Butch Hartman (of Nickelodeon/Fairly Odd Parents fame) originally did up some designs for Wombat at the time, when he was working as a student at Hanna-Barbarra. He did confirm that this was true in a recent interview. You can sneak a peek HERE:

Siller went on to post scans. Many, many scans. Of documents, scripts, design concepts, even the entire level layout of Heavy Machinery done on paper. He continued to prove he is who he said he was, and continued to share... everything. Enemies, menu screens, bonus rounds, mechanic concepts for levels that never made it. As all games tend to start at the fledgling months: Ambitious in both scope and size.

The artists (Pearson and Zembillas) would occasionally chime in and share stories, or some concept art not featured on big fansites like Crash Mania or the poorly-ran and poorly-fact-checked wiki. Pearson himself cut ties with ND after the original series and refused to work with them, because they did not credit him properly for his work. A trend that misters Gavin and Rubin continued throughout that early phase of ND's life.

Josh Mancell contninues to upload the original mixes (before they were cut and compressed for console) for the Crash and Jak series' on his soundcloud, and his Facebook page. He loves the tracks and even finds out about parts of his songs going unused (or not even used at all!), all the while reminiscing with his former colleagues about the good times spent on the Universal lot.

These amazing, talented men stuck around and shared, indulged us stinky peasants and our silly questions (Yes, Aku-Aku does say OOGA BOOGA), and chatted by the fireside. Siller continued his crusade to tell stories about the times at Universal, the things he did working for Gavin/Rubin, and some of the many things Crash could have become.

As you do in this scene, you TAKE everything not nailed down(as legally as possible) and document it. I knew a private group on Facebook wouldn't last, something in the future would happen and make all these people scatter to the winds, and whatever existed in the group would have been lost to time. I went back through to obtain the bits shared before I joined, things I missed the first time. Really scoured the place from top to bottom, because of how much I love this stupid franchise and the stupid orange furball.

I was proven right. The time did come eventually. Activision finally had a bout of genuine intelligence, and somehow resurrected Crash Bandicoot from the slow and painful death at their own hands. N Sane Trilogy was announced. Everyone rejoiced, including everyone involved with Crash originally.

But, with Crash falling into the public sphere and the spotlight once more, untold stories were better left untold, and decades-old drama better left at the bottom of the sea. Siller bid us all farewell, and to be happy Crash returned. He dismantled his account, the others fell silent, and the group fell into stagnancy, and eventually, removal from the site.

And so, the tale ends. That's the story of how most of this archive was built outside of private communication.

I have seen a very minute fraction of what Siller and the others posted (outside of Mancell's music of course) be returned to the internet, or even uploaded to the wiki or fan-sites. It's safe to say outside of Siller's personal files, and ND's archive, the copies in my archive are the only ones left to a public person.

I could be content having it backed up myself, hoarding the files and knowing no one else as a public person can know Crash at such a level that I have, like every toxic collector and hoarder has before.

But then, no one else would get to see. And the preservationist in me is saddened by that. The amazing work done by talented people deserves to see the light of day, even if decades later. I've always said I wanted to do my part to give back, and even after a year-long tenure administrating OG (RIP), I can finally say with certainty that it's time.

All I ask is that you credit the people involved properly(!!!!), shoutout my obsessed, insane ass for holding onto all this, share with those that may be interested, and at the least, enjoy looking through an early window of Crash Bandicoot all these years later.


Inside this archive you will find:

- A complete copy of all(that are known) of David Siller's concepts, designs, and little bits of commentary by him or others here and there in sceencaps or .txt documents. Most of this has been sorted through and named appropriately, but parts are not. Some are duplicate images (due to lower or higher quality scan), apologies but I have organised most of this as best as I can.
- various layouts for level 1, N. Sanity Beach. Full layout for Heavy Machinery. Other levels designed on paper that didn't make it in or were too complex
- it also contains neat stuff like a small screenplay pitch and various renditions of an opening cartoon theme, one written by Billy Martin, and one by ND's Jason Rubin
- despite not specifically working on(or properly credited for the rest of the CB series), he designed mechanics, enemies, and other concepts re-used for later games, such as CB3's floaty underwater mechanics, and the slide ability we all know and love.

- A text-only copy of the "Untold Story", as archived partly by me myself, and folks over on the Crash Mania site. Make of it what you will, as this is his personal account of time spent working for Universal and ND at the time of CB1's development.

- The correspondence and Wombat concept design by Butch Hartmann

- A copy of "Wombat BIOS", the initial pitch bible Joe Pearson wrote about the world and characters of Crash Bandicoot in Feb 1995.

- A copy of "Willy the Wombat Bible" the latest (and used) pitch bible wrote for UIS/Sony/publishers, detailing the world, characters, gameplay and art concepts on a bigger scale than the early pitch. Some alternate pages (namely Brio) included as earlier revisions had less art.

- Some words from Pearson and Zembillas about their time working with ND, contained in .txt documents. They are identical to the ones over on Crash Mania.

Without further ado (or further fervent long-windedness), the documents are neatly enclosed in the hyperlink below. I hope some of you enjoy poring through these like I have.

This is awesome. Thank you
Reactions: Spaceman
You must log in or register to reply here.