I would first try with this:

PS: do the 2 devices appear when you are booting up the pc ? (first boot devkit, wait for 10 secs, then boot pc)
Normally, after the message of the SCSI bios ("press CTRL+A for SCSI card bios), it should wait a little bit, then show the SCSI devices it detected (normally, the DA & GD-M)

Here are the news

it does not work

no communication between the adaptec card and the Devkit.

Yeah sounds good idea to do the self test thing or could be faulty hard drive ect.
let us know what happens.

I come to the news

I just received my 2nd Active Terminator on EBay is a HP with a green Led.

I have tried everything you advised me.
Nothing is happening.

I unplugged the SCSi ribbon from the hard drive, the devkit is still stuck in the dreamcast dashboard menu.
nothing is detected on the PC even at startup after pressing CTRL + A for the bios of the SCSI card. 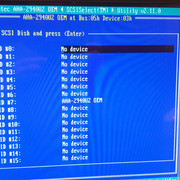 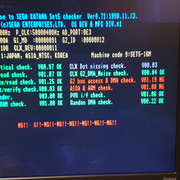 Here is the news

I found the problem, I forgot to connect the Molex connector on the motherboard i m idiot 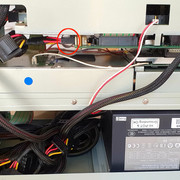 Everything is working now.

But I had another problem.
I could not select the US region with the Hexa wheel

I know that at the time the hex wheel had been torn off during the shock mail trip.

This tore off a track and a pad

So I repaired as I could at that time too.

I asked on an arcade forum if anyone could duplicate the PCB.

And that's the tragedy, I broke a Multilayer Ceramic Capacitors MLCC oh my god

I decided to order almost all the components and put everything back in working order. 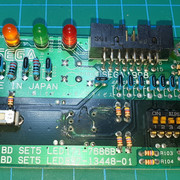 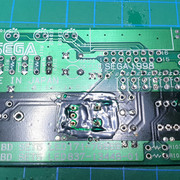 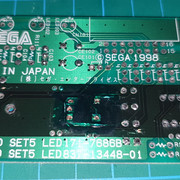 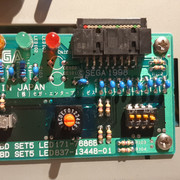 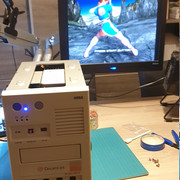 DIP Switches/SIP Switches DIP ON OFF 4P 4 Top Slide 0.1A 50V Or Aliexpress

On the other hand I find no compatible Rotary Knob

chacal231077 said:
I found the problem, I forgot to connect the Molex connector on the motherboard i m idiot
Click to expand...

Glad to see you made it work
I had a feeling about the cables, hence my question to take pictures
(you're not the first one this happened to... especially the psu cable to the DA board...)

I'm afraid the only possibility would be to model & 3D-print the knob you want.
After all, the original rotary switch (34GT) has also in fact a removable knob.
The 34GN has a long staff however, so the original knob would not fit: 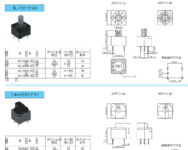 Nobody has modeled the knob yet, but I would be interested if somebody modeled it
Last edited: Oct 20, 2021
Reactions: liana_s and chacal231077 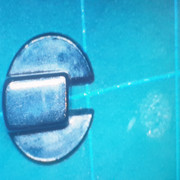 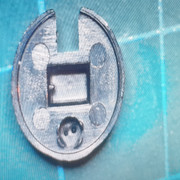 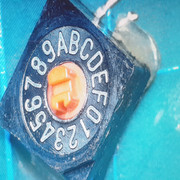 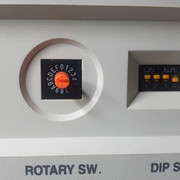 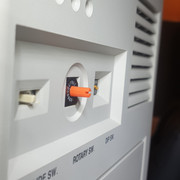 The imprint is not the same.O

n the new one there are grooves on the shaft.

A new model should be made with a wider grip, ergonomics issue

I would like a PCB with a 5 button selector
are the positions used. or small LCD screen for the selection of the region

chacal231077 said:
I would like a PCB with a 5 button selector
are the positions used. or small LCD screen for the selection of the region
Click to expand...

Although nice, it would be a lot of hassle for something that you set once, and usually rarely change.

For normal programming, it always remains on the same position.
I'm only using it when I have to run a specific self-test (different position = different self-test), when something is wrong with the devkit
Reactions: liana_s and chacal231077

I had purchased the dev kit for console use only.

I am not a basic programmer.

At the time I didn't know that Dreamcast games were VGA compatible.

It was when I got involved in the world of The Arcade and that I knew the JVS standard with my first Cab Arcade a Sega New Net City with a Naomi with games like DOA 2 Capcom vs. SNK 2 on GDRom ect that I saw the interest of VGA.

I thought it would be nice to be able to enjoy the Dreamcast in VGA.

And that's when in 2012 I came across a sale of devkit at 200 euro plus the official VGA Box Dreamcast lol.

in my mind, having the Devkit is having a pure direct VGA without loss of quality with an adapter box between and with a real RCA output for the sound

After the fact that the selection of the region was not automatic, the rotating wheel system cooled me.

All my games are japanese, except Rayman and Headhunter in Pal.

I found its equivalent.
but it would have to be thicker in outer diameter.

If someone can make a 3D Print file, because I don't know how to do it, thank you 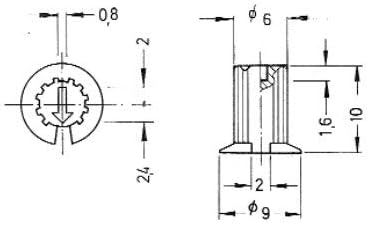 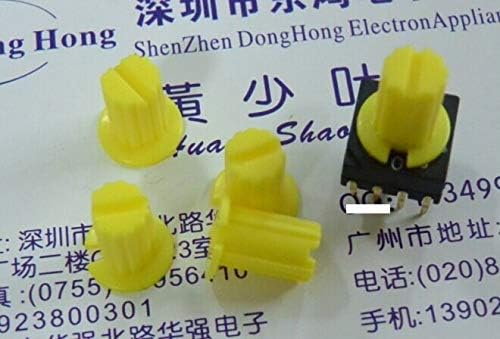 new problem
I just plugged in my Devkit.

The GD-Rom runs in the menu but is not recognized and it does not appear in the audio menu, I cannot launch it.
he tells me to insert disc.

I changed the region to PAL I had the blue logo, I put a PAL game and the same insert disc and still not detect in the Audio Menu.

I put everything on OFF, I restart and impossible to change Region, all the position of the Rotary switch throws me a Red Logo and there is even more the blue of the Region PAL, it has become red too.

I did a test check and it blocks a AICA & ARM check.

Thank you for Help 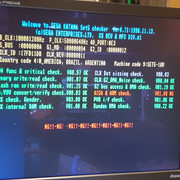