Today I would like to talk about the SEGA Europe Dreamcast Trainer (Version 1.1.) and Memory Card Utility both which leaked many years ago and are supposedly internally developed by SEGA. Seeing I can't find anything about these on the WWW anymore, I thought lets start the discussion here at OG.

update: thanks to the clever thinking of @pool7 and the digging of @darcagn I think it's clear the Trainer disc is not made by SEGA but by Gavin, the main developer of Action Replay/GameShark. Please read the posts below to read their complete findings.

I'm mainly curious if anyone ever gotten any functionality out of the SEGA Europe Dreamcast Trainer-disc: 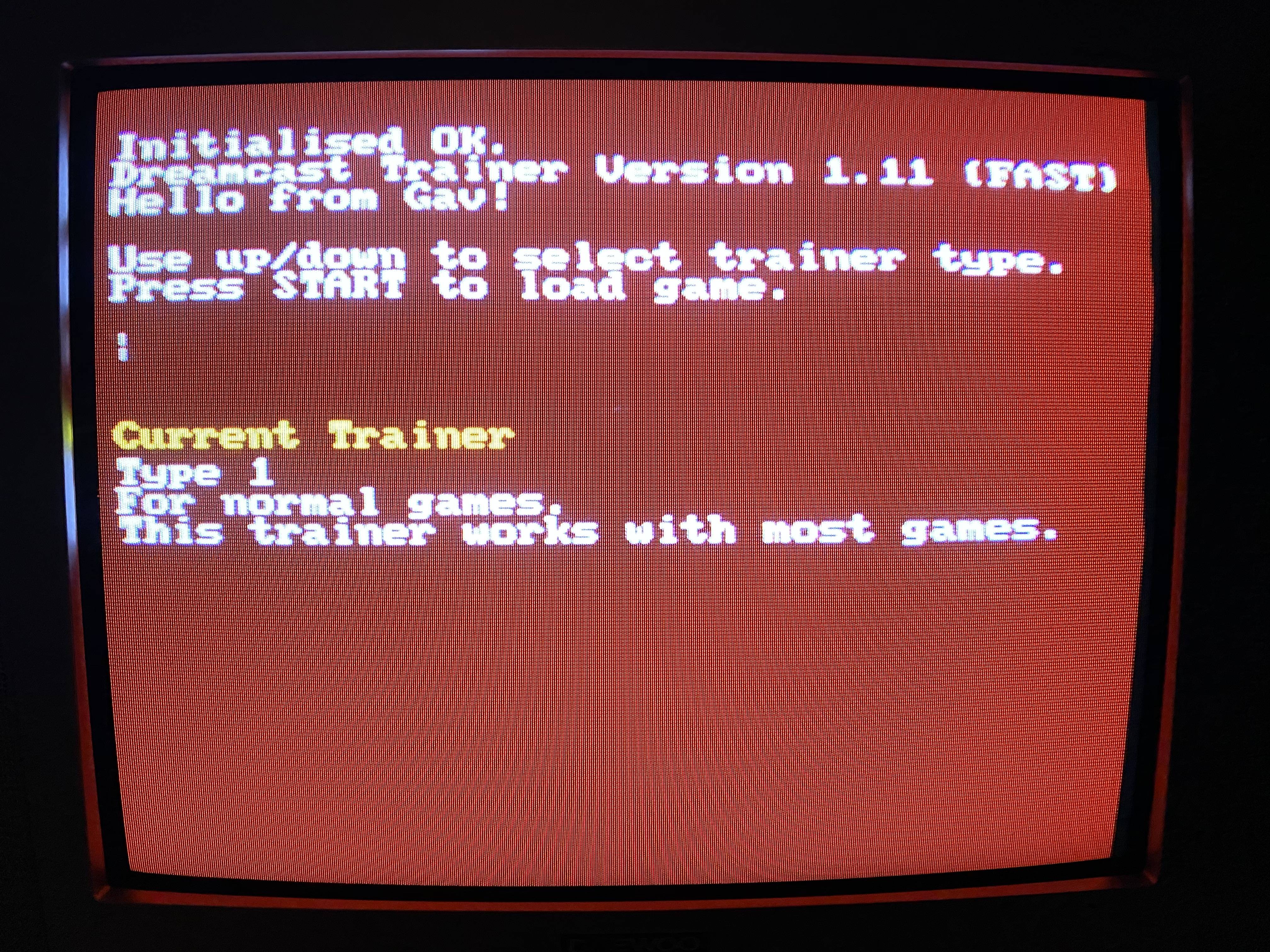 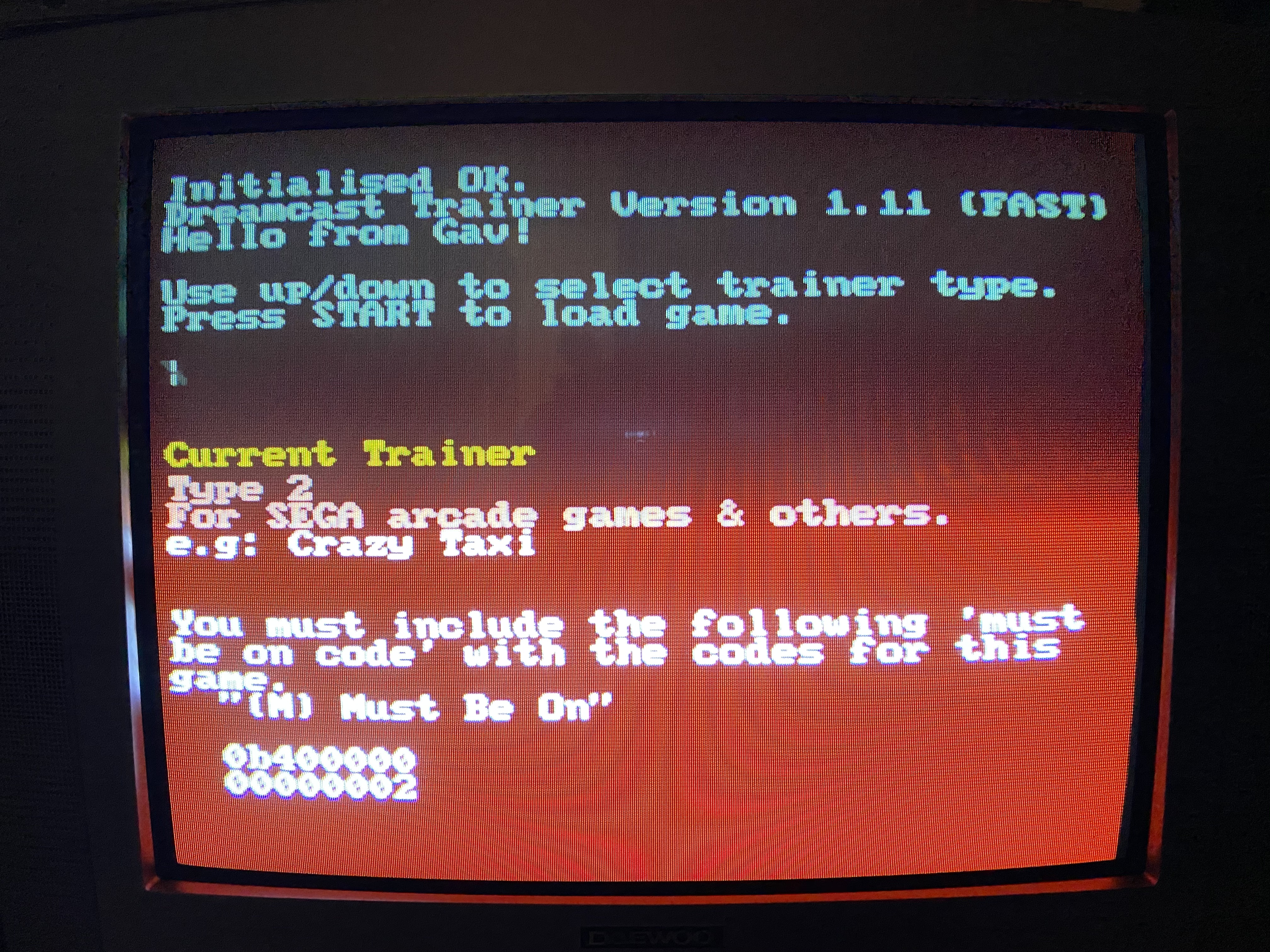 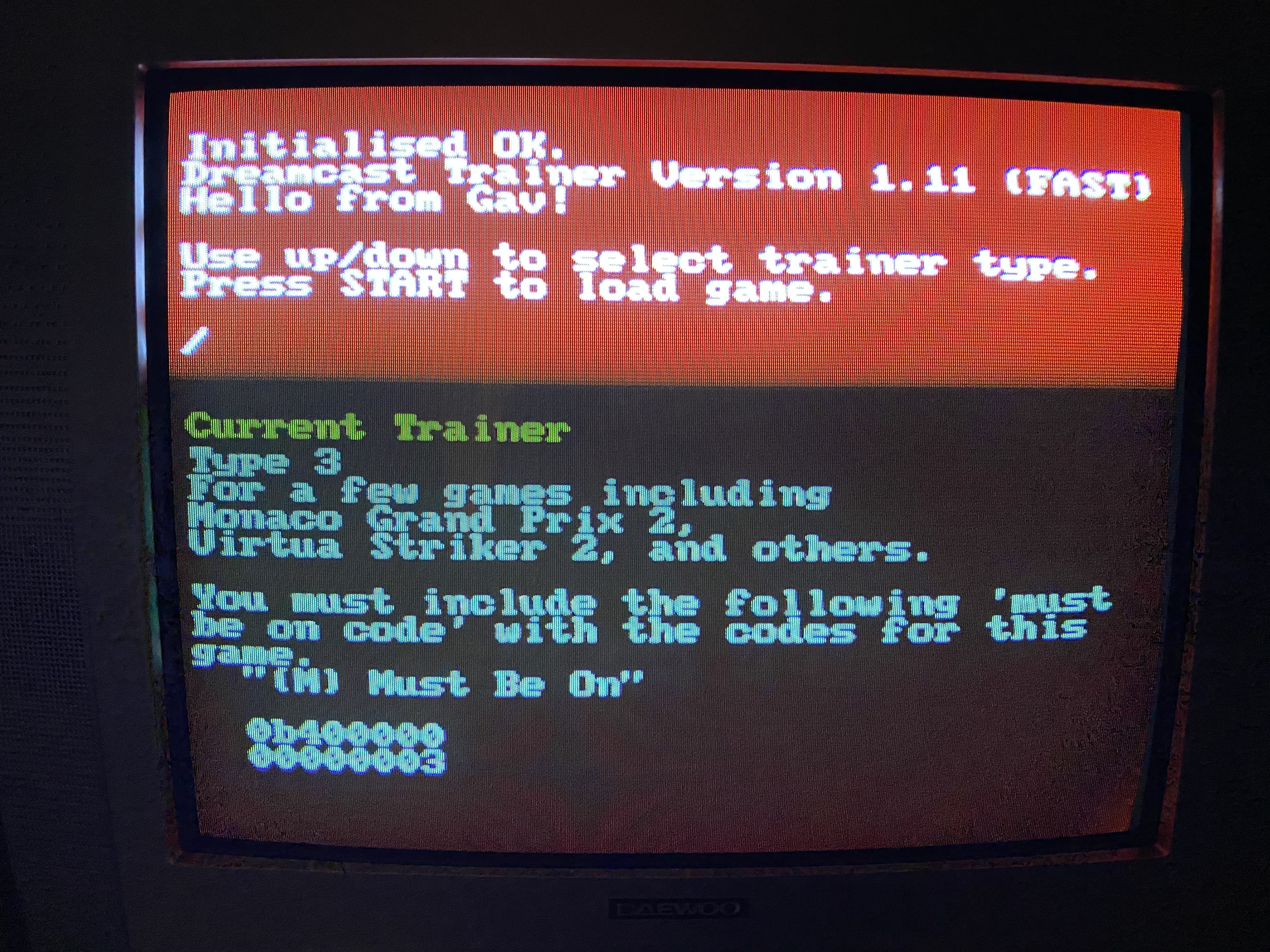 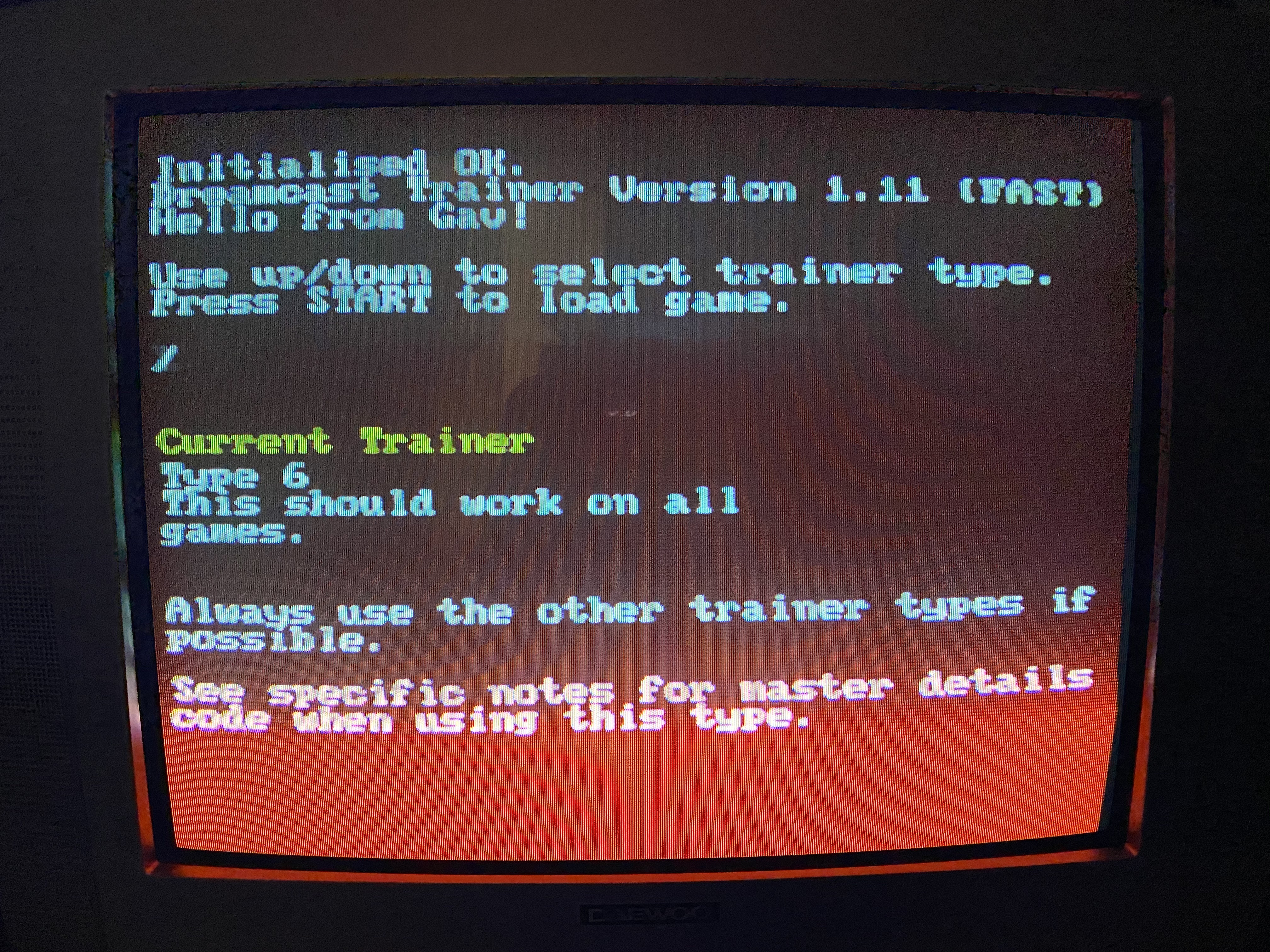 The use of the Memory Card Utility speaks more for itself: 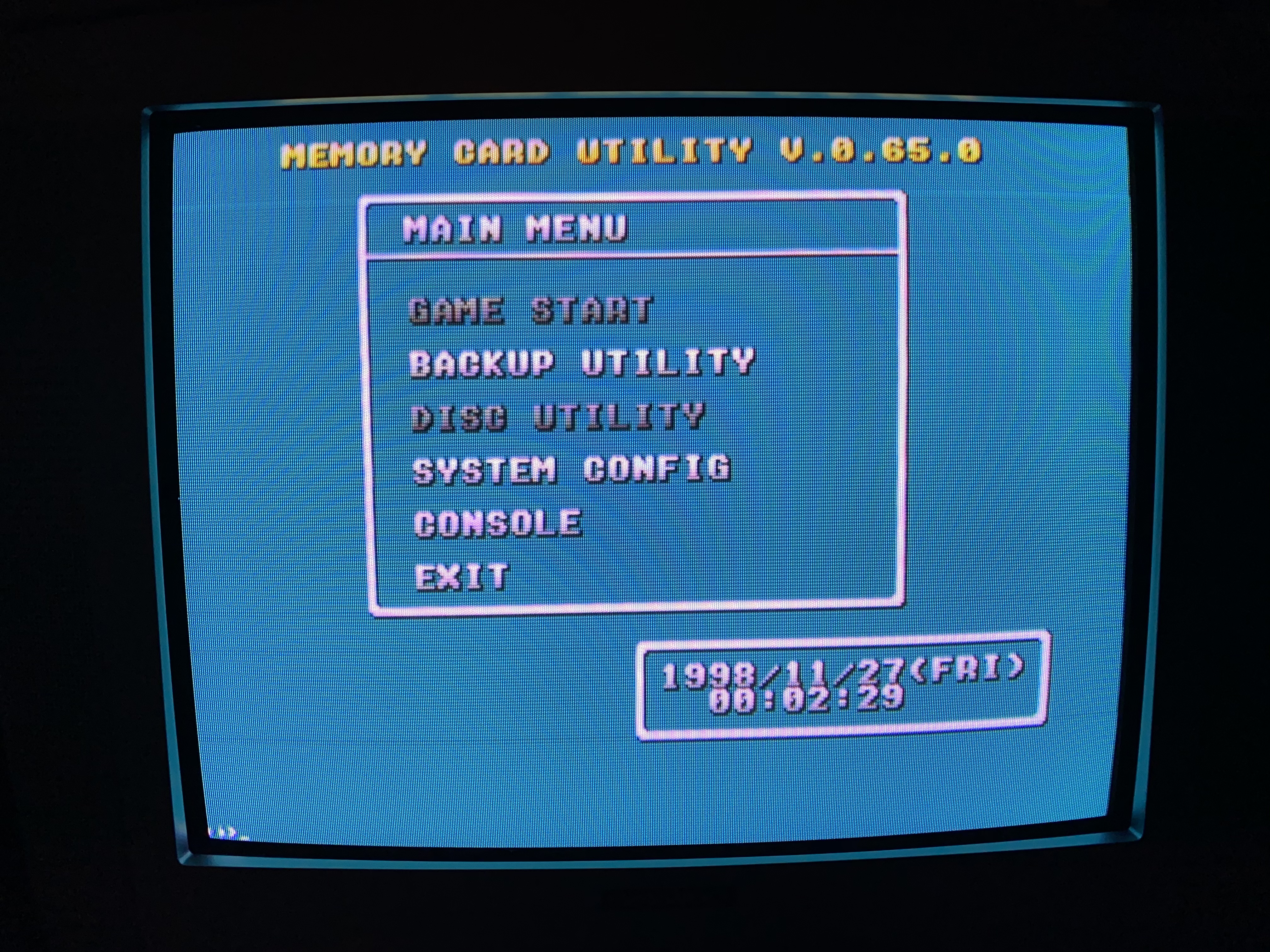 This brings another question: a quick search tells me this came from a GD-R... are we 100% sure it was from Sega Europe?
Reactions: darcagn and Americandad

The memory card utility is definitely legit Sega-made, as it's located on the Katana disc (KATANA\Utl\Dev\VMUTool\Utility\mem_util.elf), along with the following text in mem_util.txt:

Code:
The Dreamcast Trainer was released by Belokk with the following NFO:

Code:
I believe he is mistaken -- I do not believe has anything to do with Sega
In 1ST_READ.BIN at 0x1D2F is the string "gameshark"
Combined with the Gav/Gavin Thornton connection pool7 made, I think it's fairly safe to say this is an early beta version of Gameshark/Action Replay
Add to that the "Must Be On" text, which GameShark uses for master codes, this is all too coincidental to be an actual Sega internal tool

The files on the disc are as follows:

Code:
The date on the 1ST_READ.BIN is June 2, 2000, which is weird, because that's the retail release date of the GameShark CDX for Dreamcast, but this seems like a build that definitely far predates the release date, not to mention the final version of GameShark CDX has file dates from 04/28/2000. It is likely the date of 03/27/2000 is when this disc was created, giving about a month from this build until a final build of GameShark CDX.

The actual bootsector has "xeal.cjb.net" as the company name, indicating that it was selfbooted with bin2boot.
But the IP.BIN file within the actual filesystem looks to be the actual original IP.BIN before binhack was applied as it has company name "SEGAENTERPRISES"

Game title is "THIS IS A SAMPLE DISK FOR USE IN THE OFFICE ONLY DO NOT SELL DO NOT CARRY OUT FROM THE OFFICE" which is the default title within GD Workshop in Katana.

Both the original and hacked bootsector have VGA support enabled in header, but my monitor drops signal after the Sega license screen when executing

It seems likely to me that this was on a GD-R because they were using a devkit to develop the GameShark at first maybe? and that's why belokk assumed it was a Sega tool?
Reactions: HI_RICKY, PrOfUnD Darkness and pool7
P

I wonder if SEGA at some point handed the SDK to Gameshark, like they did with Bleem!

@pool7 and @darcagn thanks for your input and connecting the dots! I share your opinion and guess the likely hood of the Trainer disc is made by Gavin Thornton makes sense.

Next step, I'll try a Gameshark code with the Trainer disc to see if it works
Reactions: pool7

PrOfUnD Darkness said:
I wonder if SEGA at some point handed the SDK to Gameshark, like they did with Bleem!
Click to expand...

I seem to remember reading that Sega allowed them to buy the SDK, but denied them releasing cheat discs as a licensed product. But I don't remember where I read that, so don't quote me on it
Reactions: darcagn
You must log in or register to reply here.