I'm trying this again with a different format.

This is my humble collection. 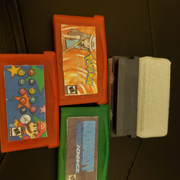 These are some GBA repro carts (I suppose you could call them) that I put together. 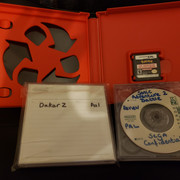 These are my NR discs. Dakar 2 appears to have a few differences, I'm still looking through it. Sonic Adventure 2 appears to be retail, and this is the same disc that was briefly featured on Hard4games. 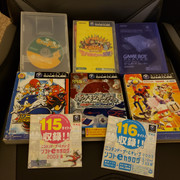 These are my Japan import Gamecube games. I forgot to include Animal Crossing, but I have that in the box w/ the e reader. 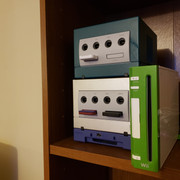 My Pal NR reader ontop of my gamecube that I converted to play Japanese games. (Notice the red and blue pokemon box memory card ) And my Wii Rvt-R. 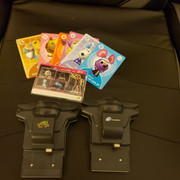 Speaking of e-reader, I have this. Hmu if you want to sell any unwanted e-reader cards. 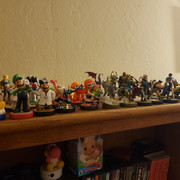 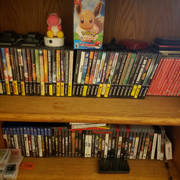 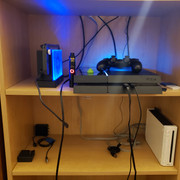 Thanks for sharing, this is great !

How did you modify your NR reader to read both PAL and NTSC ? Do Xeno mods work on NR readers ? There was a similar discussion on AG but could not find a definite answer
Reactions: Pinta77

Hokusai said:
Thanks for sharing, this is great !

How did you modify your NR reader to read both PAL and NTSC ? Do Xeno mods work on NR readers ? There was a similar discussion on AG but could not find a definite answer
Click to expand...

That was actually poor sentence structure on my part. I modded the silver gamecube that it is sitting ontop of

By the way, what are these boxes ?

By the way, what are these boxes ?
View attachment 2624
Click to expand...

Just the generic covers from Gamestop. I bought a couple games and they didnt come with the original case

You know... now that you mention it, I dont see why you couldn't use a xeno mod on an NR reader. That would be an interesting experiment. I have the discs to check it too
Reactions: Hokusai

I just picked up something really cool. It's a super smash custom gamecube jewel. So incase you didnt know, yes the little faceplate comes out, and yes, they have ones with cool designs and they're super rare. This one was custom made and it is really well done, and I believe I got the last one of this design 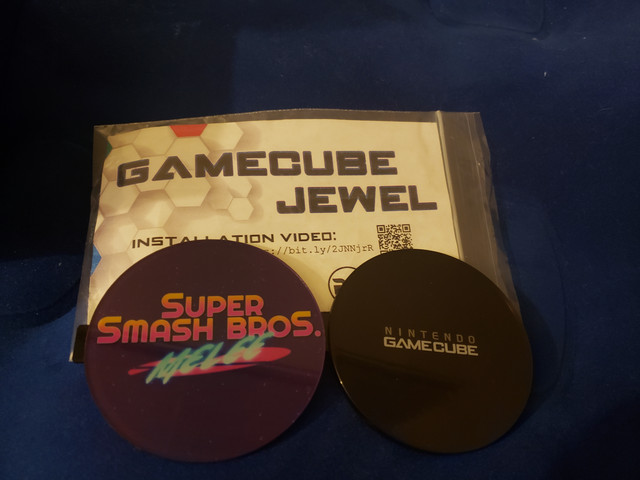 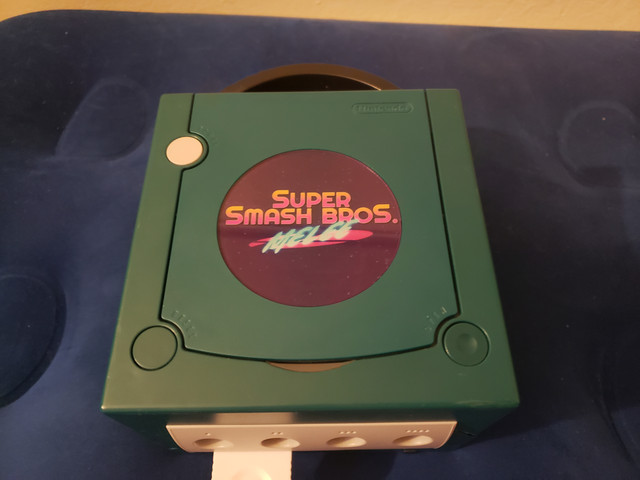 Hey, I'll have to update my collection one of these days. I got some new stuff, and I dont even own that PS4 anymore.

For now, thought I'd share this. This is allegedly "the rarest Nintendo GBA e-reader card", although it's really not. This is the rare Kirby E3 e-reader card. They gave these out in packs (with 3 other card) at E3 2002, and if your card said you won first or second prize, you could win a GBA SP or a Wavebird (according to an old forum post I dug up.)

Obviously, the first and second place cards are much, much rarer because there are naturally less, and you had to turn them in to get your prize.

But interestingly, I'm not even sure if this card is rarer than some of the retail cards or not. Most of the English cards are well documented. I was able to find this card on Ebay in less than 5 minutes, where as some of the Japanese exclusive cards are difficult to even find a picture of. It could be because I'm using English search terms and they aren't well documented in English, but I'll keep looking.

Just thought I'd add this little blurb and a picture because there arent a whole lot of pictures of this card on the internet other than the same scan and magazine article everyone seems to use.