How is it that Soul Calibur II here looks better in Dolphin than it does on PS360/XBOX One?

What amazes me about Dolphin isn't that it works. But how well it takes Wii and Gamcube games and upscales (Or renders) them. I'm not really even doing much (Settings under screen caps) 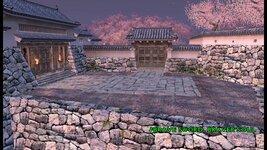 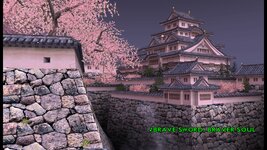 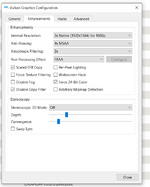 Dolphin isn’t “upscaling” the image. It just renders the game at a higher resolution, like emulators have done for years. The reason why SCII looks better in Dolphin than on PS3/360 is probably because it’s running at a higher resolution - it looks like you’re running it at 1080p, and I think the PS3/360 version runs at 720p. I don’t remember if the HD versions used antialiasing, but I’m thinking not.

I'll have to correct that.

The other thing about Dolphin that left me impressed wasn't necessarily what it does, but what it doesn't do. In PPSSPP to get anything with sprites or pixel sprites took decent I have to turn every last extra effect off. otherwise it looks like smeared Vaseline. In Dolphin I don't have to turn anything off. Dolphin doesn't clean up what it doesn't have to. I really like how Virutal Console games look. They don't look super sharp like they do in other emulators but they aren't too soft or over filtered and I think that's just the VC doing it's thing.

Dolphin is also super well made. It's a very active project with many very skilled collaborators and talented people working on many aspects of it. I guess the popularity of Wii homebrew helped with that.

The reason it looks so sharp is right there in your settings screenshots.
It's rendering (like @la-li-lu-le-lo said, not upscaling) at 1080p with MSAA, Anisotropic filtering, and FXAA temporal filtering. The native PS3 version can't compete with that.

Dolphin just does everything right. well not EVERYTHING I still get corrupted video from time to time as I do in PCSX2.

I did get to the bottom of the way too shiny and nice 2d in PPSSPP, that one had an upscale texture feature that was cranked way up and making sprites look way too smooth. I turned it off. That wasn't even close to a problem I have in dolphin. 2d blended nicely as it would on a good CRT.
Last edited: Apr 9, 2021
You must log in or register to reply here.