Some pictures of recent purchases. Some cool stuff this time. 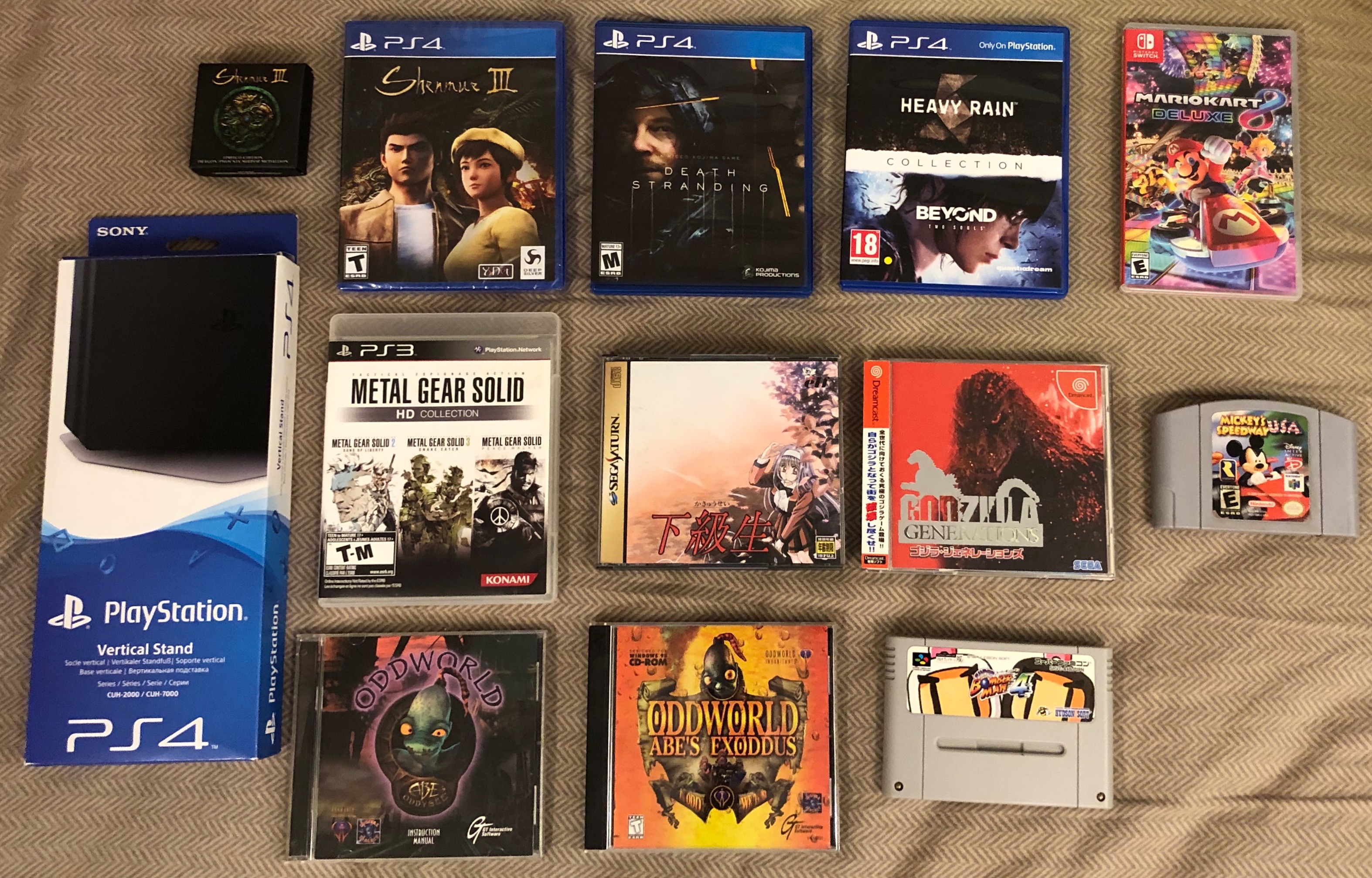 I got both the PC and PS4 versions of Shenmue III. I intend to play the PC version for the moment, and I'm already about 6 hours into it - but I wanted to have a physical copy, and I figure once the PS5 comes out, Shenmue III might be enhanced on that system. Also, it came with a preorder bonus. I got the PS4 stand a while ago, I just forgot to include it in my last post. Now that I have Micky's Speedway USA, I'm only lacking one game to have a fullset of US versions of N64 games by Rare. The only one I'm missing now is Banjo Tooie; I have all of the others. Oddworld Abe's Oddysee and Exoddus are the PC versions.

By the way, in case anyone was wondering, both the PC and PS4 US versions of Shenmue III have options for English and Japanese voices as well as subtitles in English and other languages. I know this because I've played the PC version, and the PS4 version has this information on the box.


This is a preorder bonus that came with Shenmue III for PS4. It has the dragon mirror on one side and the phoenix mirror on the other. It's pretty small, maybe 1.5 inch diameter, but I still think it's pretty cool. I still haven't decided where I'll keep it. 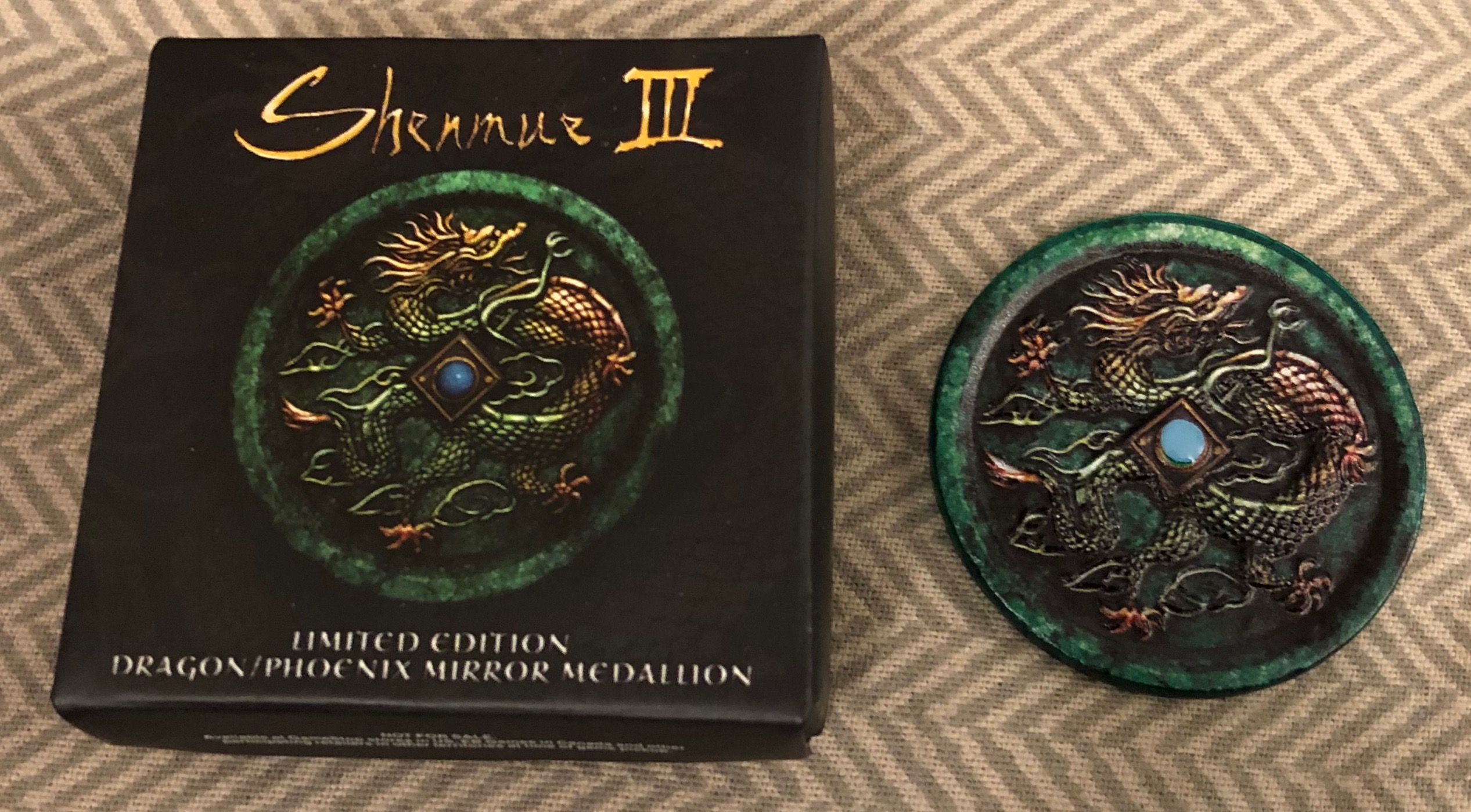 This is something cool I found that came with Godzilla Generations. Inside the case, there's this booklet that lists all of the launch games for the DC as well as upcoming games. Most of the upcoming games were actually released I think, except for this one. And look at the date: 12/10 [1998] 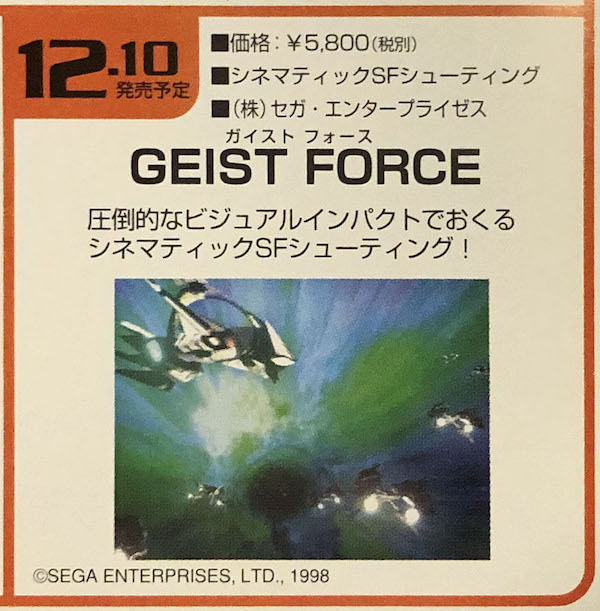 This is pretty interesting I think, because that means Sega was planning to release Geist Force only a couple weeks after the DC launch. I think that means the game must've been fairly close to being finished before it was cancelled, unless this booklet was printed way in advance. Anyway, I haven't seen this referenced anywhere else, so I thought I'd share it.

By the way, I'll post a partial translation of the ad in the picture above later, unless someone else wants to do it.
Last edited: Nov 23, 2019

I forgot I said I was going to do this. Here's a partial translation of the Geist Force ad. I've written it according to the lines in the image.

If someone can understand the parts of the second to last line that I couldn't, feel free to share your translation.

圧倒的な is "overwhelming". I guess I would read it as "Cinematic SF Shooting delivering overwhelming impact" - but it's been a long time since I lived in Japan, and my Japanese was never very good anyway

Trimesh said:
圧倒的な is "overwhelming". I guess I would read it as "Cinematic SF Shooting delivering overwhelming impact" - but it's been a long time since I lived in Japan, and my Japanese was never very good anyway
Click to expand...

Sounds about right, except I think it's "visual impact". So maybe something like "Cinematic SF shooting that delivers overwhelming visual impact!" Do you think that's right?

la-li-lu-le-lo said:
Sounds about right, except I think it's "visual impact". So maybe something like "Cinematic SF shooting that delivers overwhelming visual impact!" Do you think that's right?
Click to expand...

Yeah, the actual wording is "visual impact" - I was just being sloppy.

Trimesh said:
Yeah, the actual wording is "visual impact" - I was just being sloppy.
Click to expand...

I have a question, since I’m interested in learning Japanese, and you clearly know at least a little more than I do: what does であくる mean in the context of the ad? あくる means next or following, I think. I’m not sure about で, as it has multiple meanings. Can you explain that to me?

cfr https://www.punipunijapan.com/japanese-particle-de/
The particle で can also be used to indicate means, method, or instruments. It translates into “by”, “with”, “in,” “by means of”, etc.

cfr https://www.punipunijapan.com/japanese-particle-de/
The particle で can also be used to indicate means, method, or instruments. It translates into “by”, “with”, “in,” “by means of”, etc.
Click to expand...

Ah... I thought it said あ instead of お. I use katakana more often than hiragana, so I tend to have difficulty remembering certain characters sometimes. That makes more sense now, thanks.

Here are some of my recent game purchases. 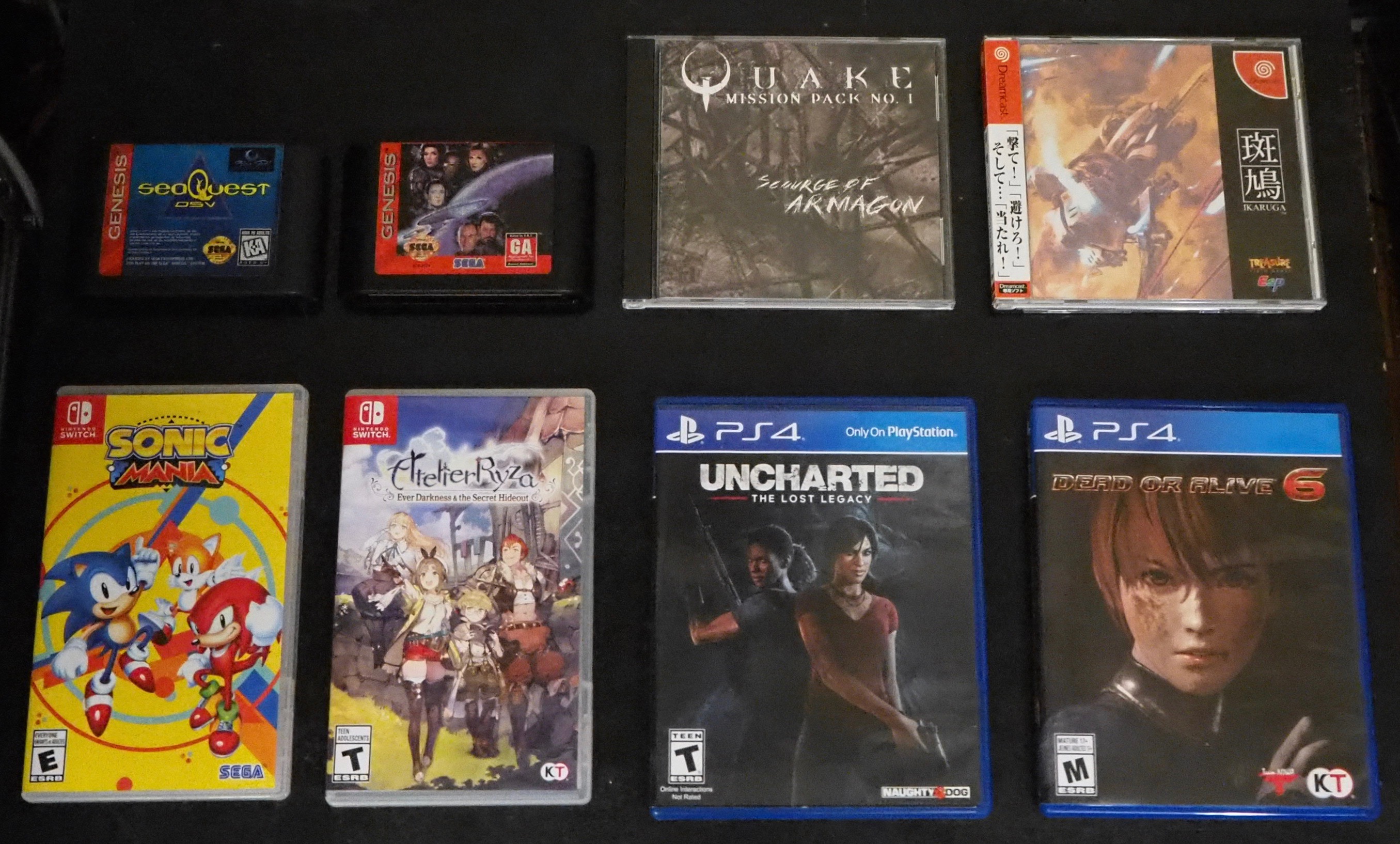 I say recent, though some of these I got maybe a couple months ago. Ikaruga is one that I've wanted for a long time. I chose to get the DC version, since it's the original and my favorite. I now have the duo of Radiant Silvergun and its sequel/successor, Ikaruga, both complete with spine cards. I might take a picture of the 2 together later. I also have another really good Treasure game, Sin and Punishment for the N64, also complete.


Here's a photo of some Star Wars PC games I've been playing recently.

I've had these sitting in my closet for quite a while, but the cases had some kind of stuff all over them, I think it was probably coffee or soda. I finally got around to replacing the parts of the cases that were dirty. Before I found them, they had been sitting in a box in my parents' attic for years. I was thinking about these games: I think Rogue Squadron was included with the Voodoo Banshee card, which my dad bought for his computer. He bought the card, though he let me play this game, I remember. I think Episode I Racer was mine. I also have the Dreamcast version of that game, which is pretty good - though I think the PC version is the best overall.


Since I got DOA6, I thought I should take a picture of all of my DOA games. 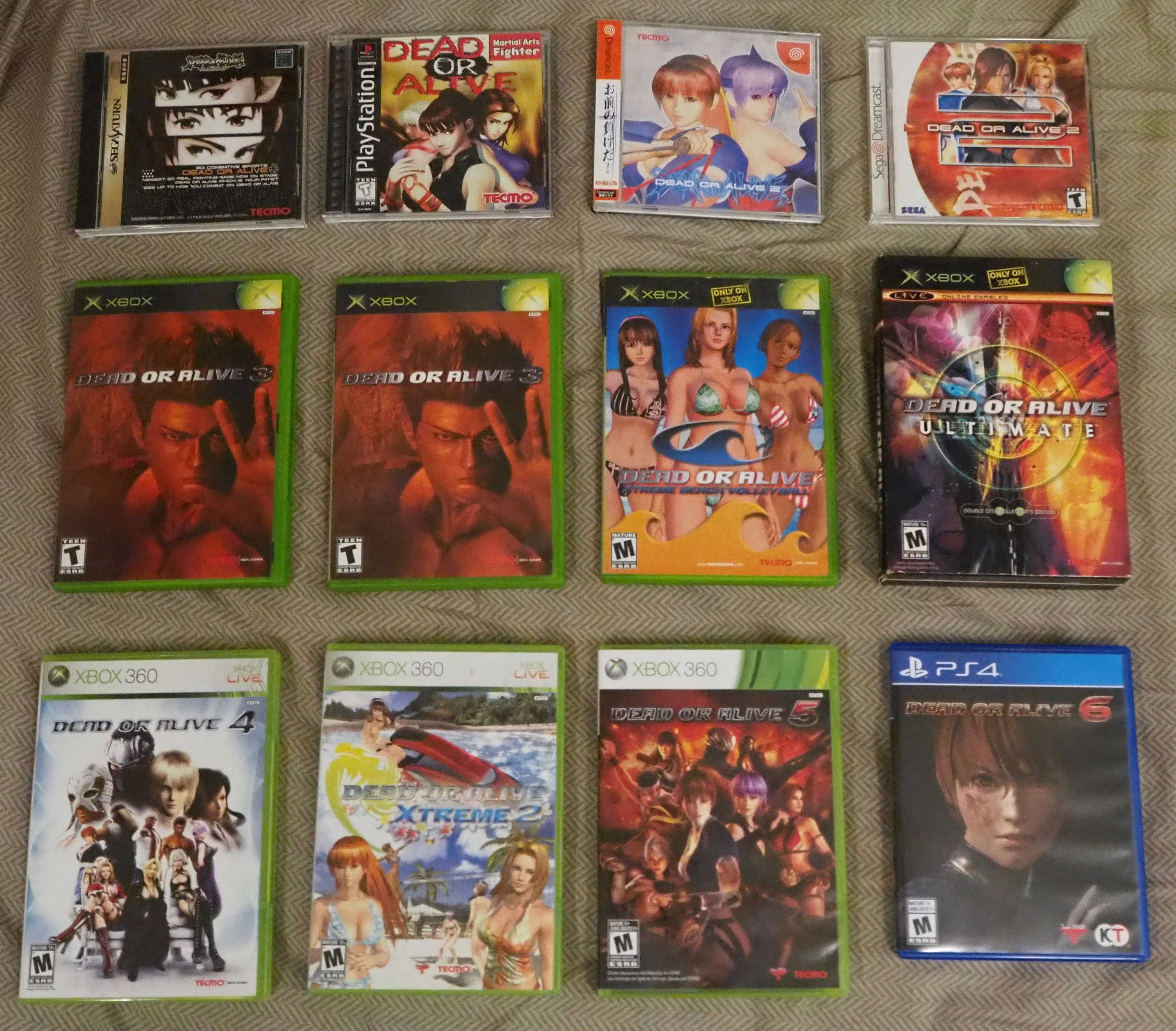 This isn't all of them, but a pretty large chunk. I don't have any other versions of DOA5 or DOA6 besides the 360 and PS4 versions respectively, and I'm lacking the PSP and Vita games as well as Xtreme 3. I only collect US and Japanese versions.
Last edited: Jan 9, 2020
Reactions: Anakin94

A note about Ikaruga: when I got the game originally, the case was slightly damaged, but the seller agreed to give me a partial refund - which I used to get a replacement case. I just received the case today, and now the game looks practically like new.

A few games I've gotten recently. Nothing that impressive this time, but still kinda cool. 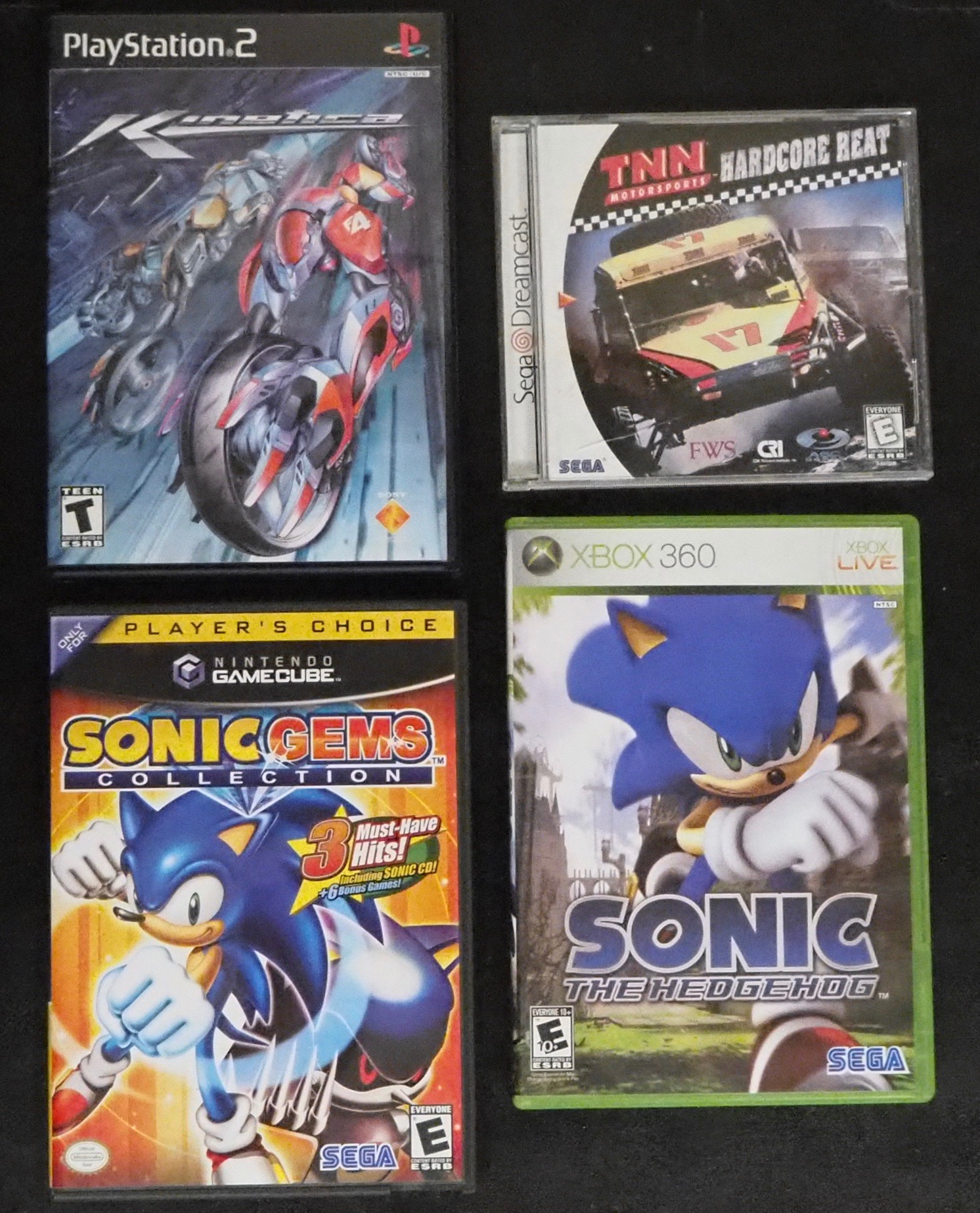 And yes, I'm fully aware that Sonic 2006 is a terrible game, and I don't disagree. I just find that I'm strangely fascinated by it, and I can't really explain why. I guess the main thing is just that I enjoy the style of the graphics, even though most other aspects of it are pretty bad.

Not directly game-related, but sort of. Here are some Fujifilm CD-Rs I got the other day. They were sealed, though I've opened it now. I've been burning a lot of games to play on my Windows 98 PC (mostly games that are either impossible to find retail copies of or that I already own on at least one platform), but I was running out of discs. The discs I was using were Fujifilm and they seemed to work well, so I decided to get more of those. 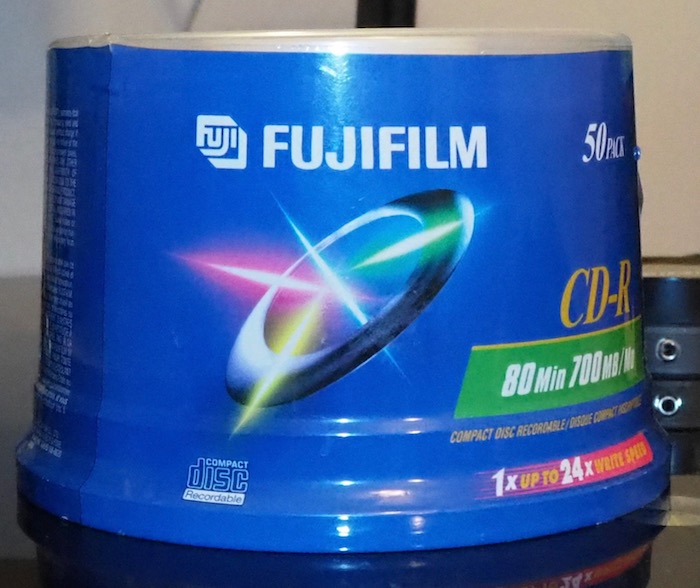 It turns out these are actually manufactured by Taiyo Yuden, which is pretty cool. These were made when Taiyo Yuden still existed. I already tried burning a few discs, and they seem to work fine. My previous Fujifilm discs were made by Ritek, so I was kind of surprised to find out these were Taiyo Yuden.
Reactions: Anakin94

What's so special about Taiyo Yuden?

They’re just supposed to be really high quality in general.

I didn't expect that I'd be posting again this soon, but I got a bunch of games this week. Here are some of them. 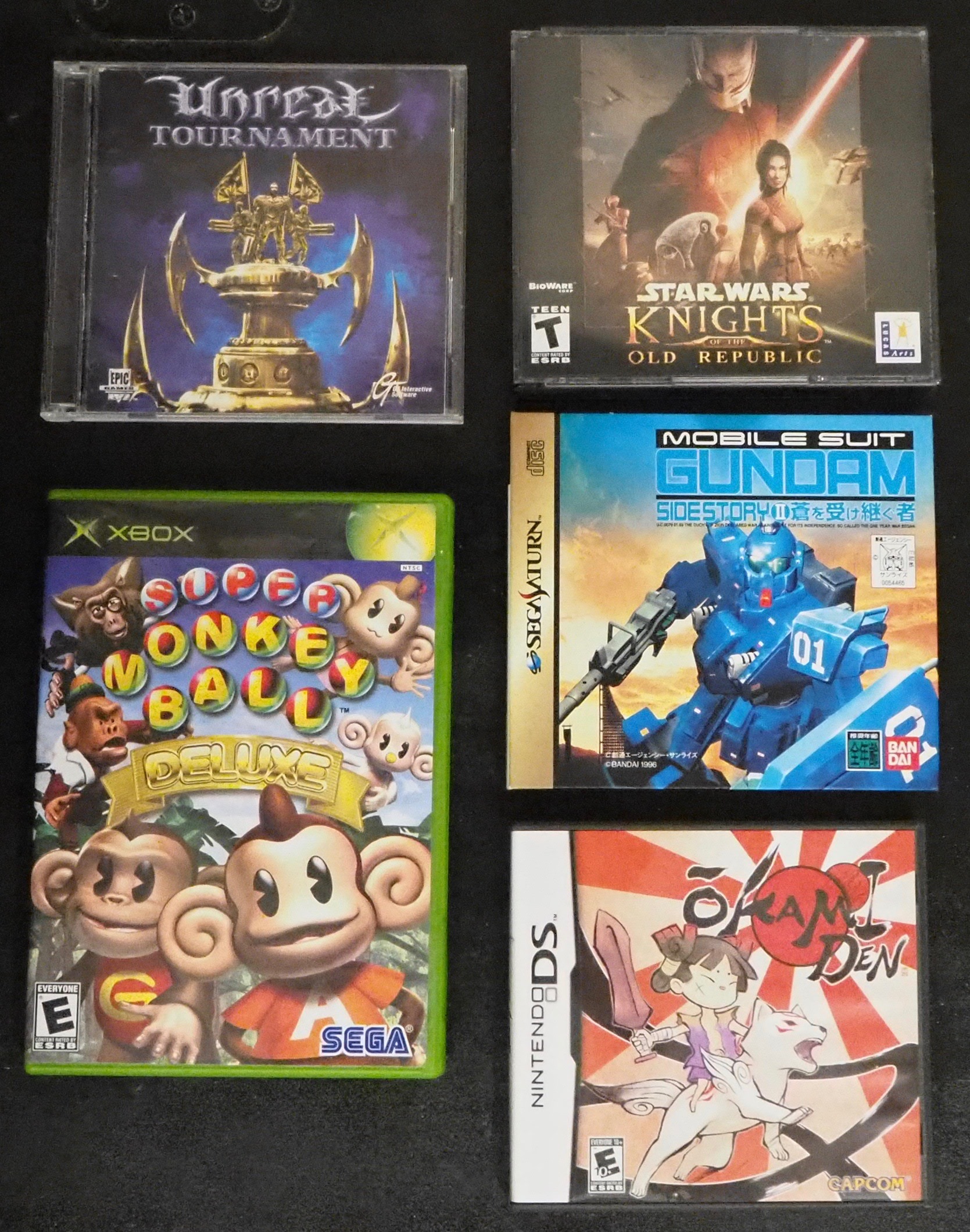 I got the PC games and the DS game from thrift stores. It's funny - I was just playing Quake 3 the other day, and that made me think I'd like to own Unreal Tournament, and then I just happened to find it at a thrift store the next day.

Here's a copy of Riven I found.

I also got this from a thrift store. I took a picture of the spine because the cover doesn't have the game's title. Presumably the big box it originally came in would've had the title on the cover.
Reactions: Anakin94

Here are a few recent additions. 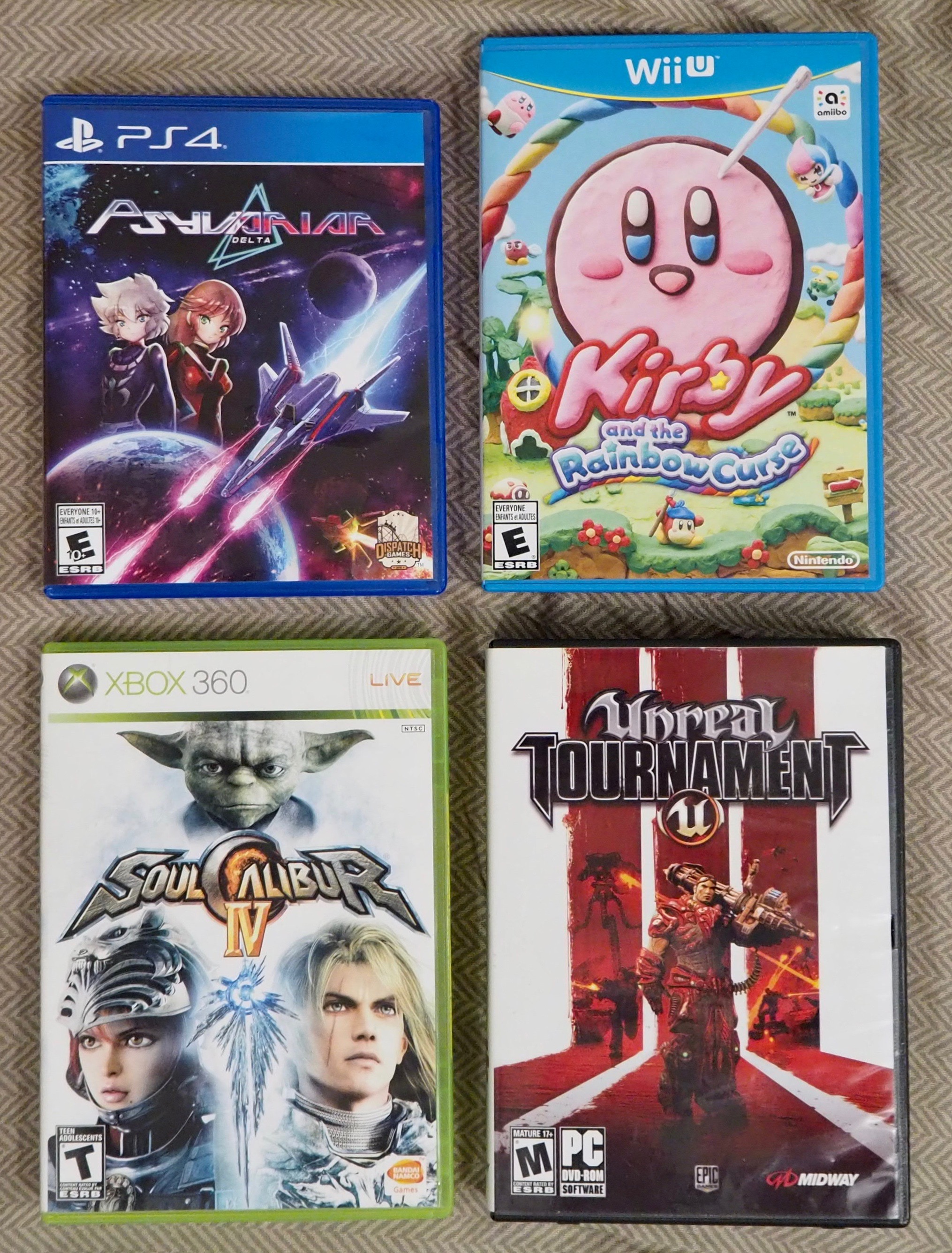 I got a discount on Kirby because I had a coupon.


This isn't game-related, but it may be of interest to anyone who's interested in obscure electronics in general. This is a DAT deck.

Amazingly, I found this at a thrift store. To find something like this at a thrift store is pretty uncommon. I've been going to thrift stores for years and I've found plenty of cool stuff, but I don't think I've ever found something comparable to this. It powers on and the tray opens and closes. I don't have a tape yet, so I haven't been able to fully test it - but I ordered a tape, and it should get here tomorrow. I'm really excited to try this thing out! This deck was apparently aimed at consumers, but it seems to have all of the features you'd expect for a professional deck. It looks really nice too.

I used to have a Panasonic DAT deck years ago, but my parents mistakenly threw it away or gave it away or something. This deck is possibly better than that one though, assuming that it works.
Reactions: Schrodinger

Serious question: is that Yoda?!

supersega said:
Serious question: is that Yoda?!
Click to expand...

Yep. He’s a playable character in the game.
N

supersega said:
Serious question: is that Yoda?!
Click to expand...

You obviously need more Soul Calibur in your life...

What the fuuuh.... I am really surprised I did not see this before.
Reactions: Nully

Part of the reason I got SC IV is because Yakumo mentioned it on Retro Core, which reminded me of the fact that Yoda is in the game. I also remembered that I rented this game once years ago, and I still have the save data on my 360’s HDD. I did a transfer from my previous 360 to this one a couple years ago, but fortunately I kept everything that was on the first drive except for a few games that I don’t like and have no intention of ever playing again. So, I still have the stuff that I unlocked when I rented the game years ago. It was also pretty cheap, so that made the decision even easier.
You must log in or register to reply here.
Share:
Facebook Twitter Reddit Pinterest Tumblr WhatsApp Email Share Link
Top Bottom