Here's something I've been wanting to do for a while. I did something like this on ASSEMblergames, but that was a long time ago and AG is gone. So, I thought it was time to do a new one. I'm sharing pictures of my handheld collection.

Here are all of my handheld systems.

They're all fully working and generally in good condition, with the exception of the Game Gear. It has issues with the screen and speaker, but it's still somewhat useable. I'd like to get it fixed some day.


Here are just the clamshell systems with the screens closed. 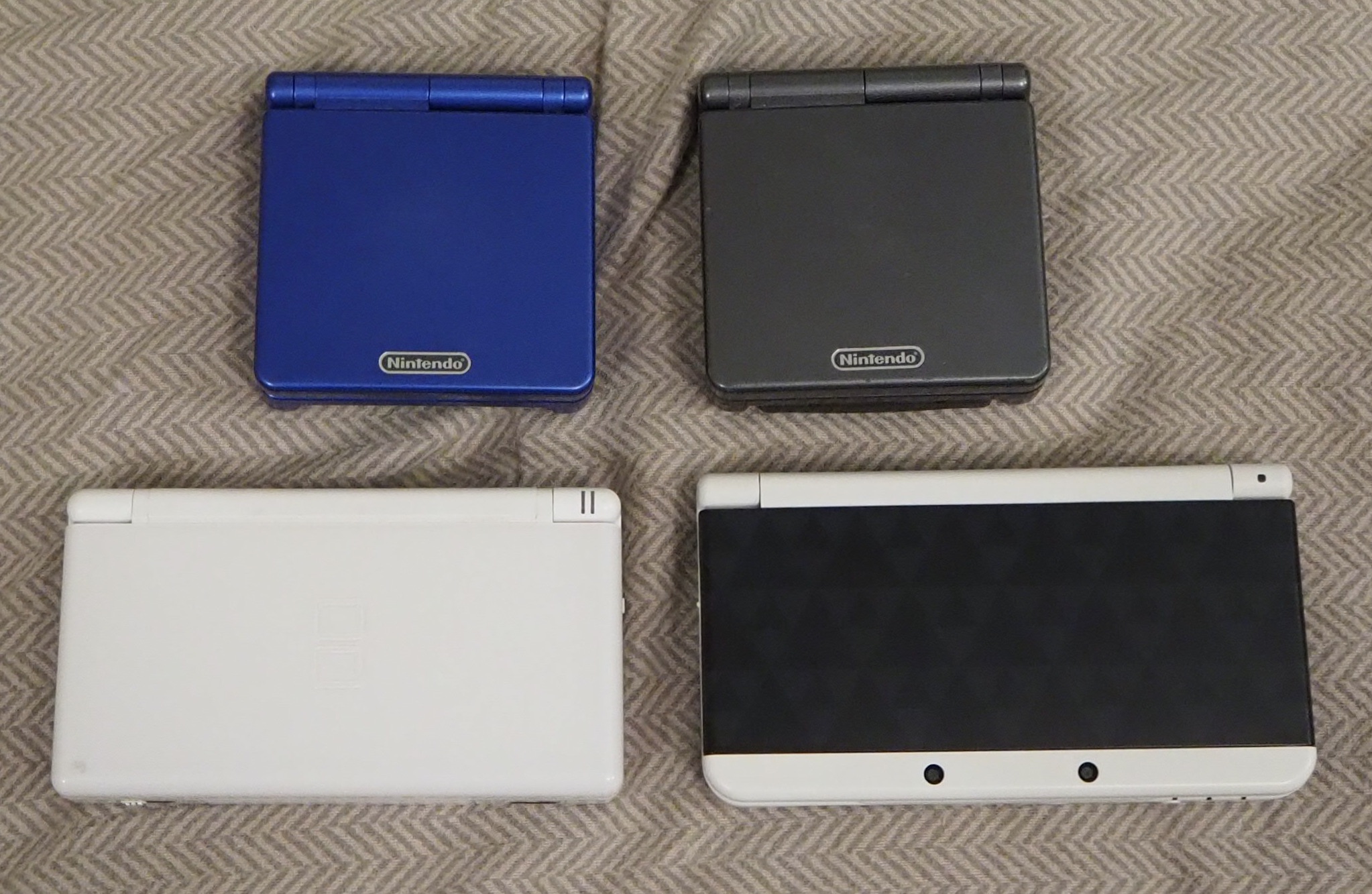 Here are my hardware and accessories boxes. 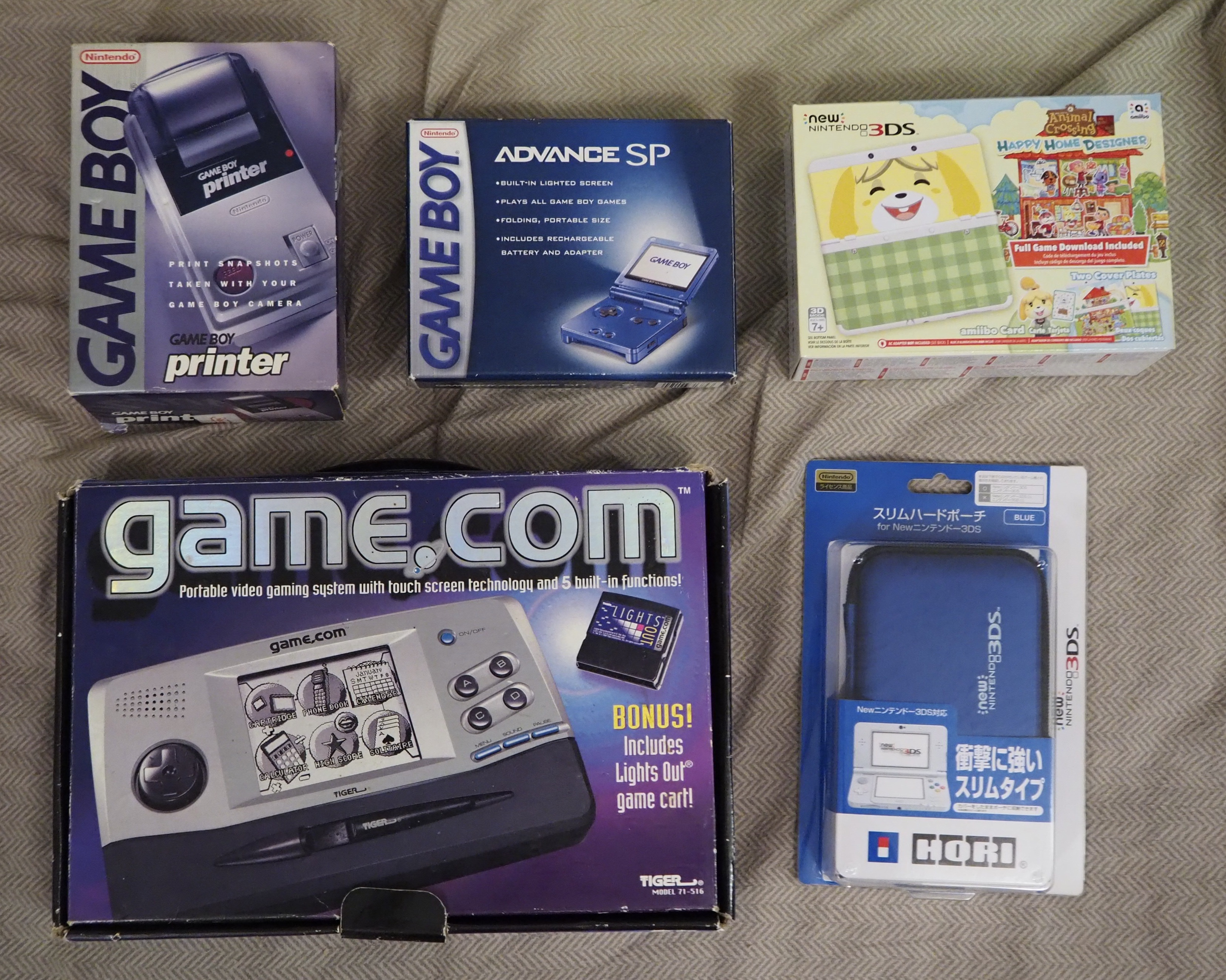 Here are most of my accessories and cables. 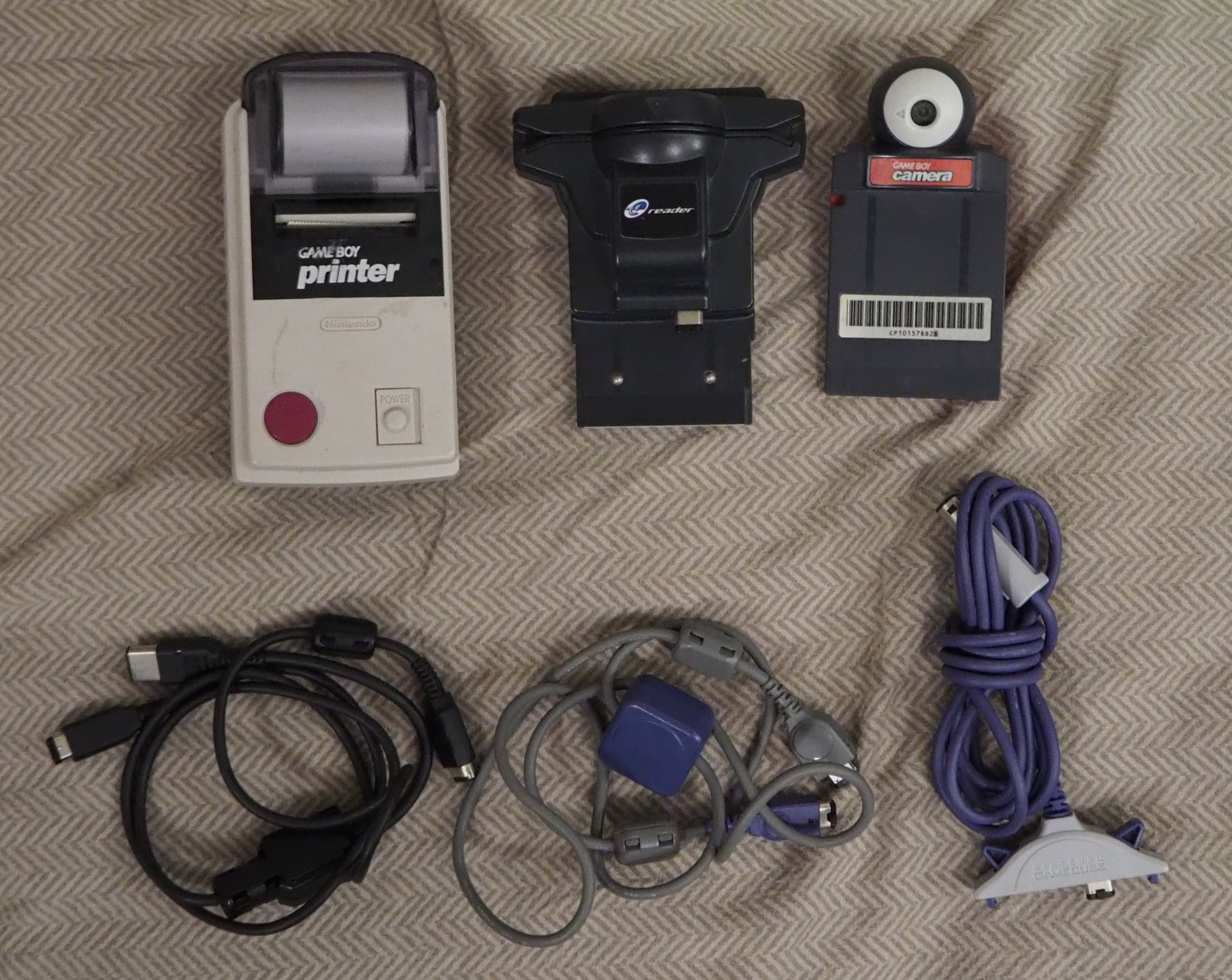 I'm not showing my Super Game Boy or GB Player, just because I don't feel like taking pictures of those right now.
Last edited: Mar 23, 2020

Here's another thing I've had in mind for a while. I did this some in the thread I used to have an ASSEMbler. I'm going to share pictures of my collections of games for certain series or franchises. In the past I did things like Shenmue and Metal Gear. Here's the first one, my Parappa the Rapper and related games collection. 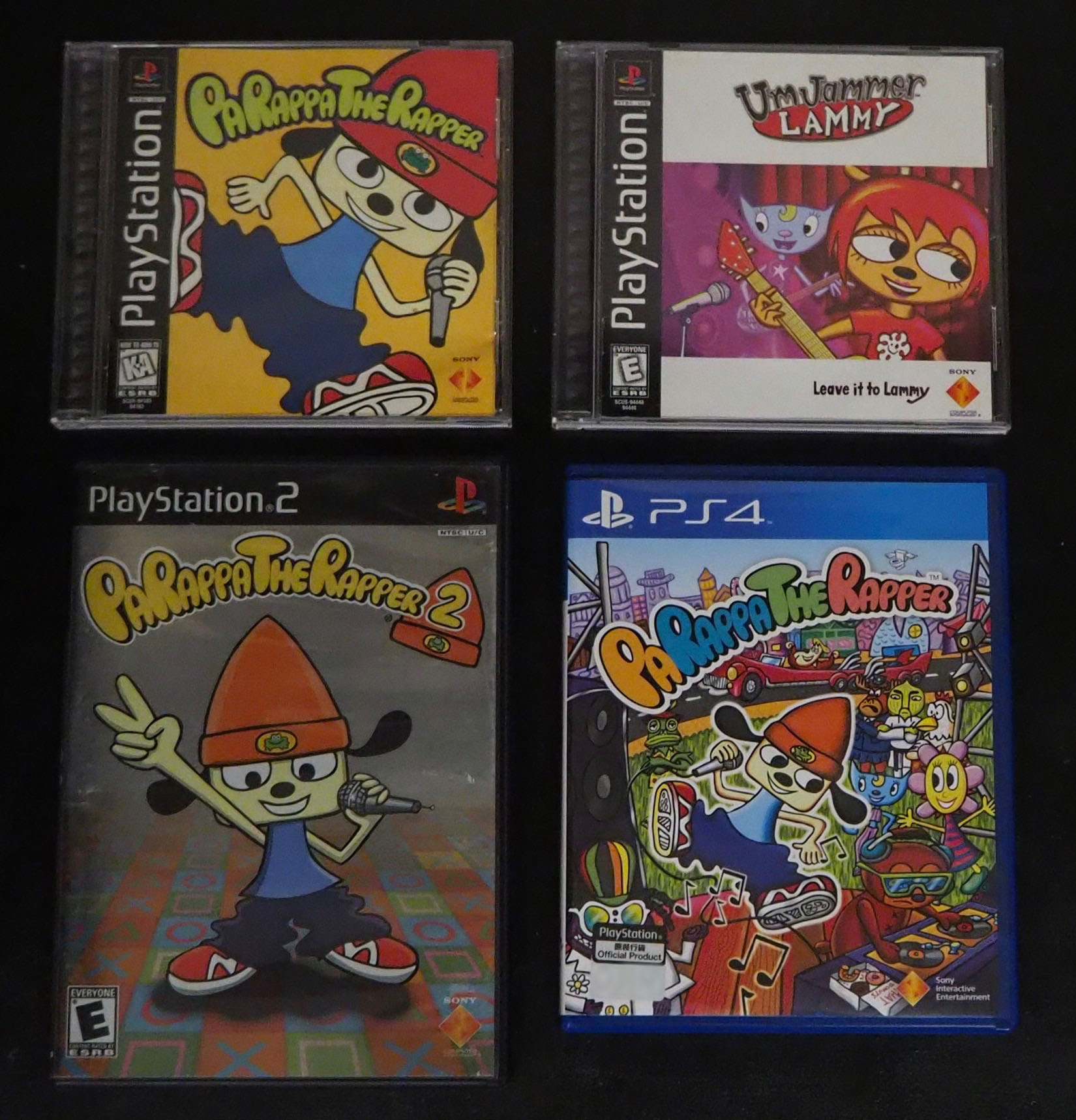 I plan on doing more of these, although it would help if people showed an interest in them. Ones I have planned: Mortal Kombat, Resident Evil, Sonic, Mario, etc.

Ikaruga and Radiant Silvergun aren't sealed, I have them in resealable plastic sleeves. 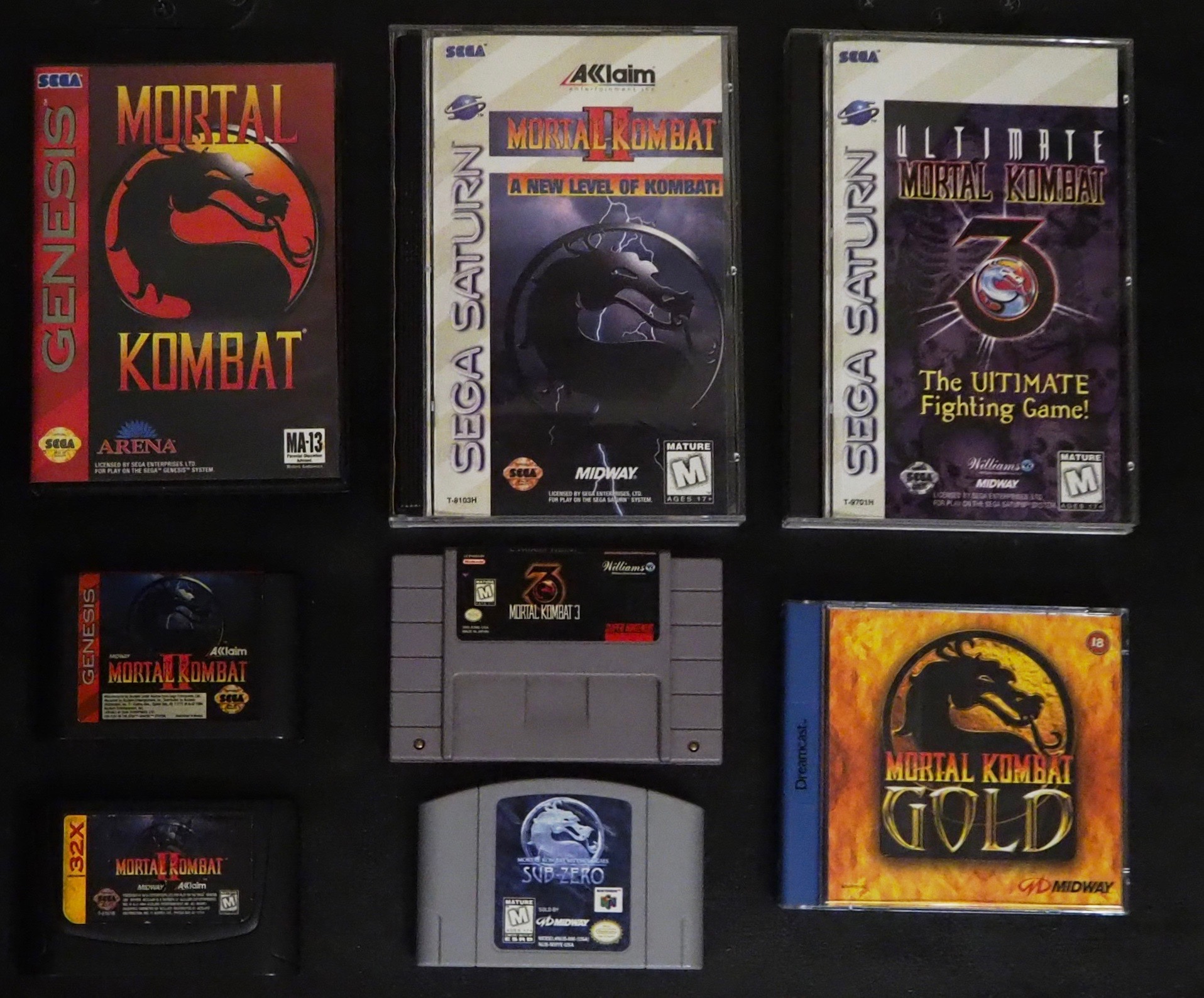 Mortal Kombat, strangely, is a series I'm only casually interested in. Why have I collected so many of them, then? I'm not really sure, but I guess it's mainly due to nostalgia. I'm also pretty bad at these games.

Here are some of my recent purchases. Some pretty interesting ones this time. 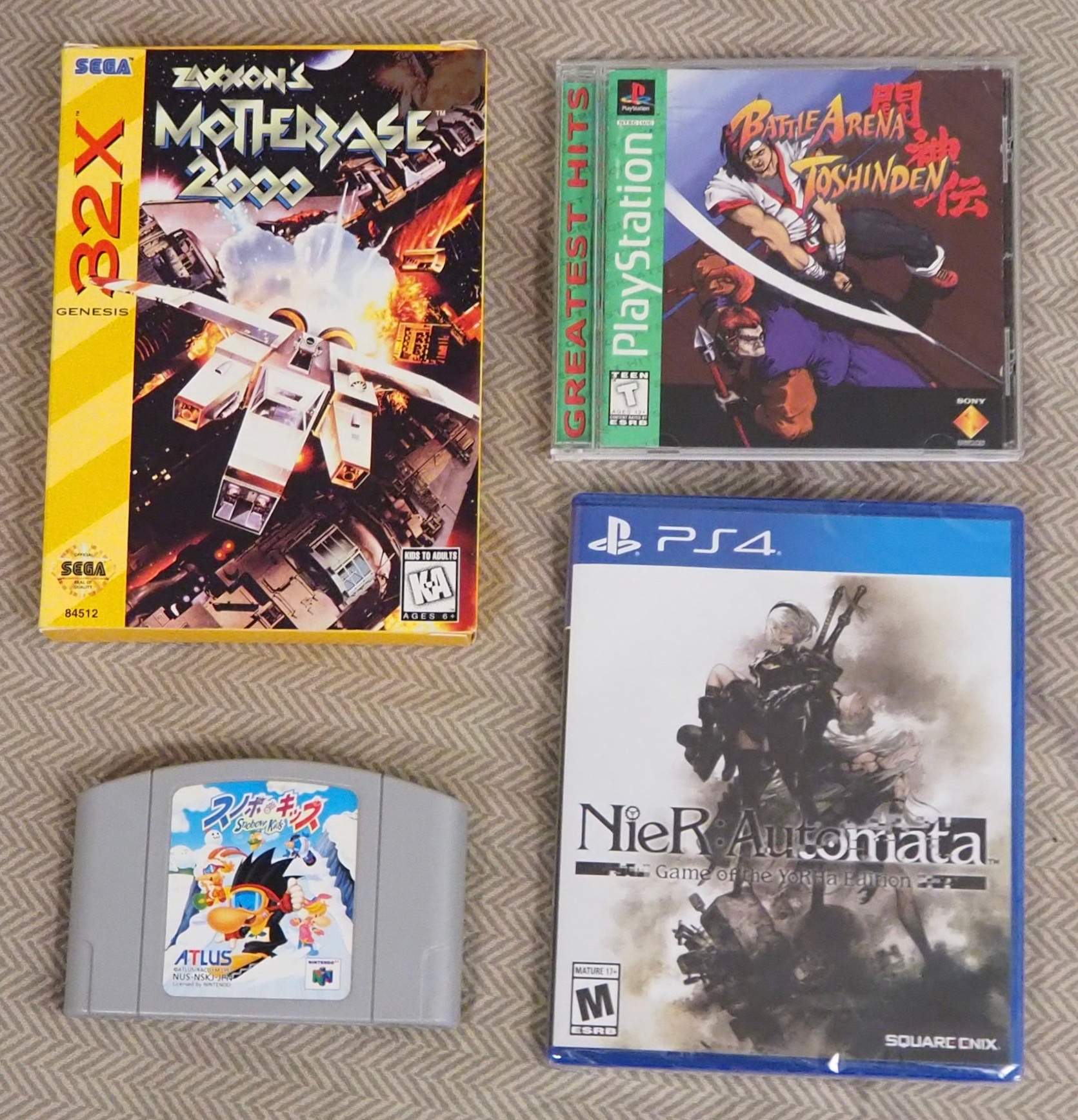 Zaxxon's Motherbase 2000 looks like new, except for a slight crease on the right side. Nier: Automata is new, and Snowboard Kids is in very good condition. Battle Arena Toshinden has a small crack in the case, but it looks fine overall.

I have a bunch of photos to share this time

First, I have something that isn't directly game-related. It's a Cambridge Audio DACMagic 100. It's a digital to analog audio converter. I can use it with my TV and both of my PCs to get much better sound quality out of those devices, and that also includes any device that's connected to my TV via HDMI. It's good for music listening and movies/TV, and it also works well for games. Closeup photos tend to make it look bigger than it actually is; it's pretty small.

I got this mainly to use with my PC and my TV, but it's also possible to use it with my Windows 98 Sony Vaio - in which I have a Sound Blaster Live! installed currently. The SB Live! has a digital audio output, which I can connect to the DACMagic. The limitation of this is that the SB Live! still uses an analog connection for CD audio - I didn't really think about this before I started using it. So, the sound quality is limited somewhat by the quality of that analog connection.

Still, it sounds pretty good, and I think it's an improvement on the SB Live!'s built-in analog output - though I haven't compared them directly. I'll probably do that comparison soon. My SB Live! doesn't have a CD SPDIF input, but I do have an SB Live! 5.1 (not installed currently) that does. I have no idea if that card works or not, but it seems like it might be worth a try at some point. Using this system with the DACMagic was just a bonus for me, though; so I'm not too concerned about that aspect of it.

Overall, I think the sound quality of the DACMagic is amazing, and I'm pretty happy with it. I'm going to get a lot of use out of this device.

Here's what the DAC looks like on top of my amp and CD player. It matches pretty well with the other devices, it's just a lot smaller. 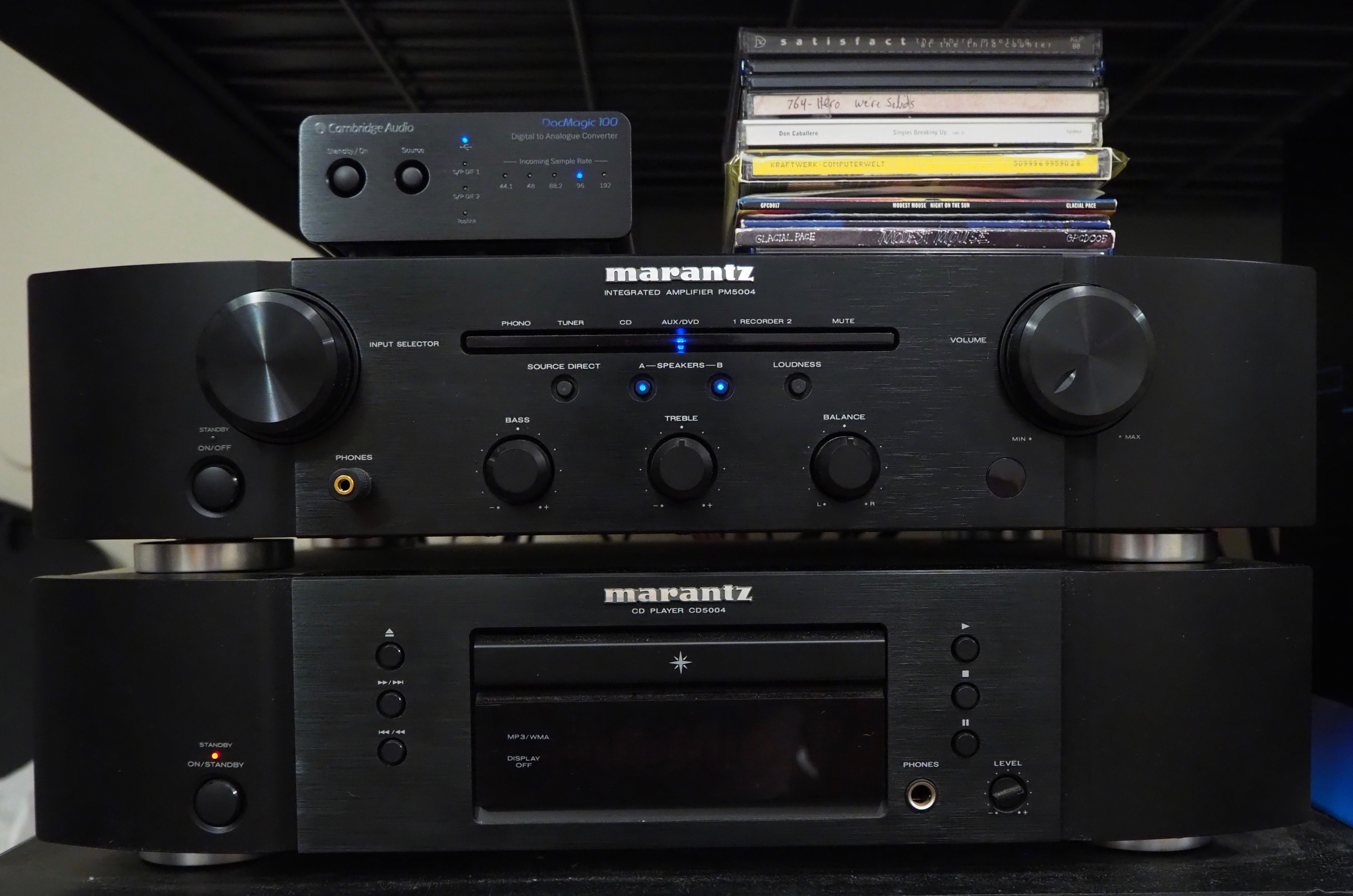 Here's a new arcade supergun I got. My previous one was dying, and this one has features that one lacked like support for 6-button systems like the CPS2 and line-level audio output over SCART. 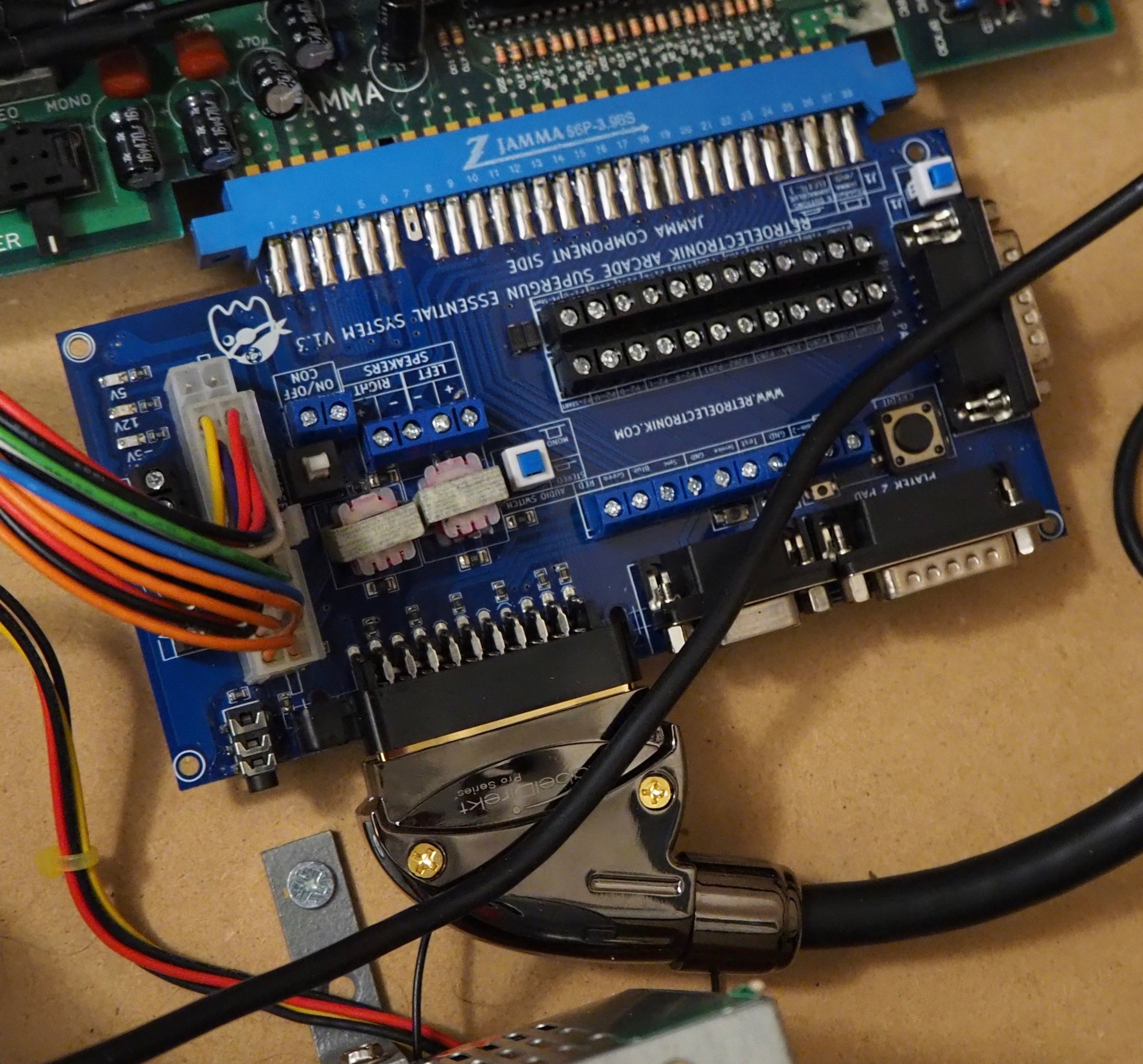 This thing seems to be pretty high quality, and it works the way it's supposed to. I have it connected to my MVS currently, but it should work with my Sega ST-V too.


Here are some of my recent game purchases.

Bust-A-Move (Puzzle Bobble) for MVS, The House of the Dead for PC, and a Sharp SF1 controller.


Continuing with my thing of posting pictures of my collections of game series, here's Resident Evil. 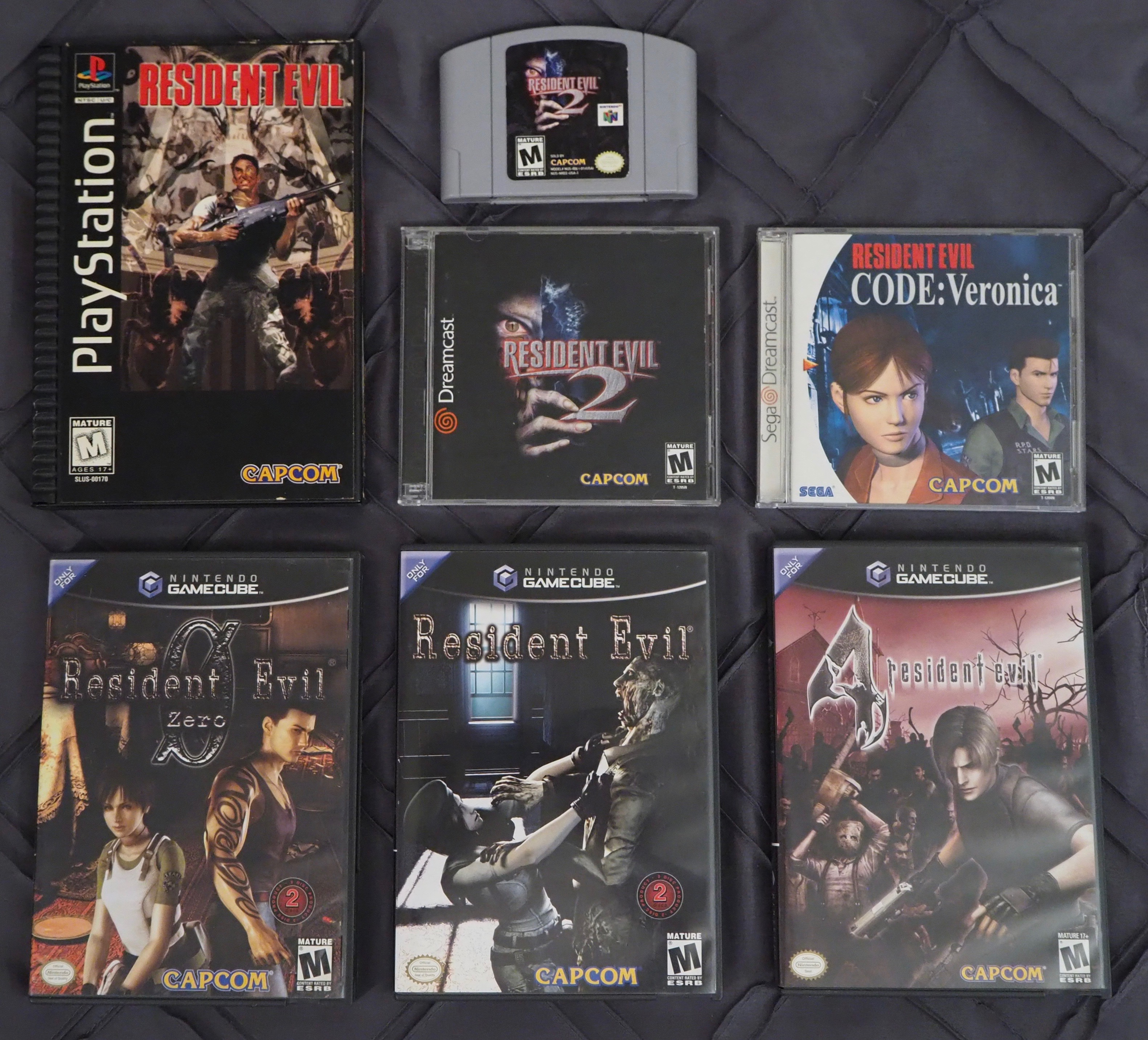 Another new development with my collection is that I've installed multiple new shelves on my walls. This drastically expands the space I have for storing games in my room, which has multiple benefits. I'll show pictures of that and explain it in more detail soon.
Reactions: FromAllAspects

I got this 3D-printed replacement N64 cartridge slot piece recently. I had to adjust it a bit to get it to fit properly, but it turned out pretty well I think. I haven't actually tested the system since I installed it, but I would be surprised if it didn't work. 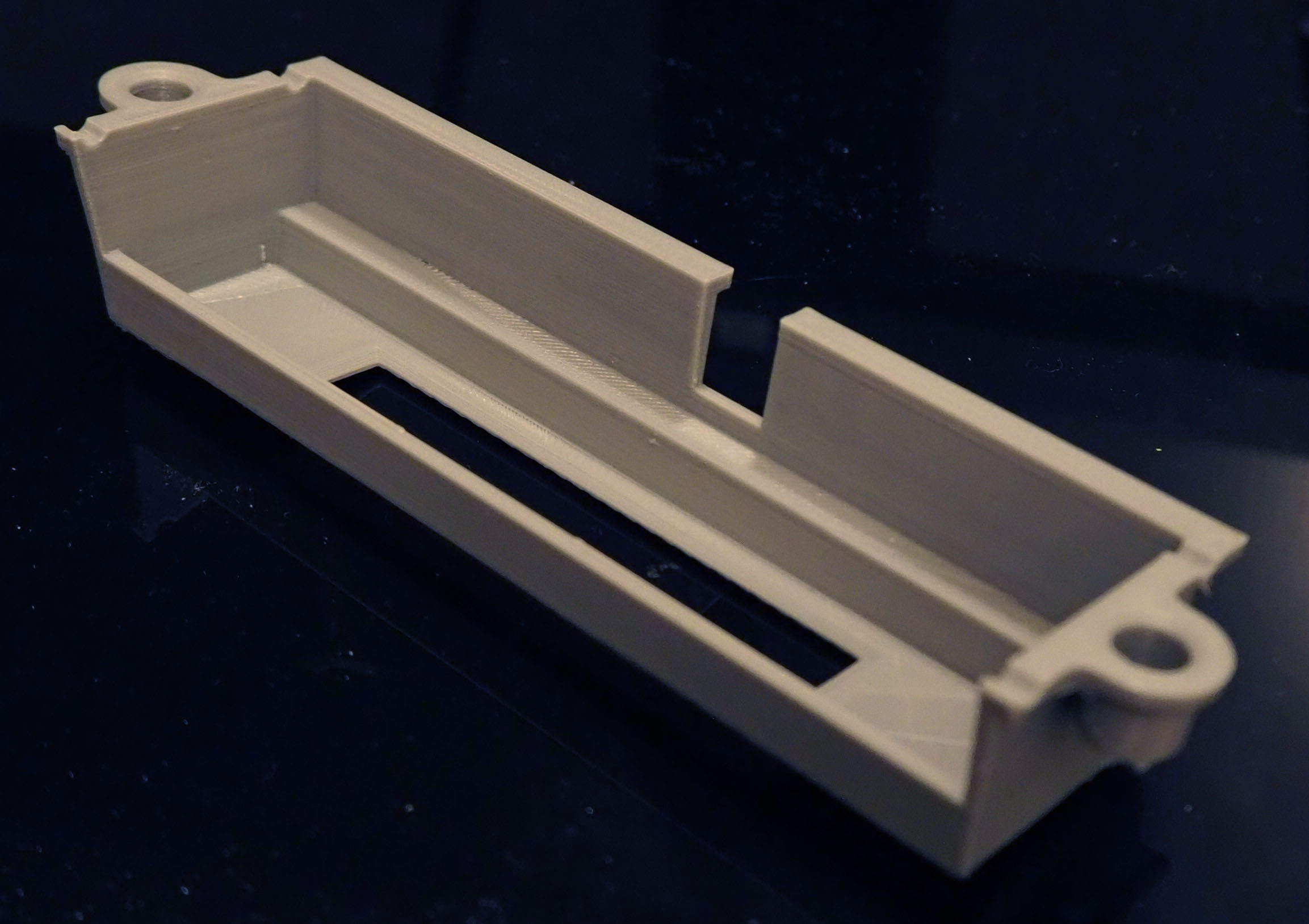 Here it is installed in the system.

So, this is a development that happened a while ago, but I haven't bothered to take pictures to share it until now. Basically, I was running out of space on my shelves, and I had games that I had never been able to fit on the shelves. So I decided to add several new shelves to the wall, 6 in total.

Here's the main collection shelf. My CDs are in this picture too. 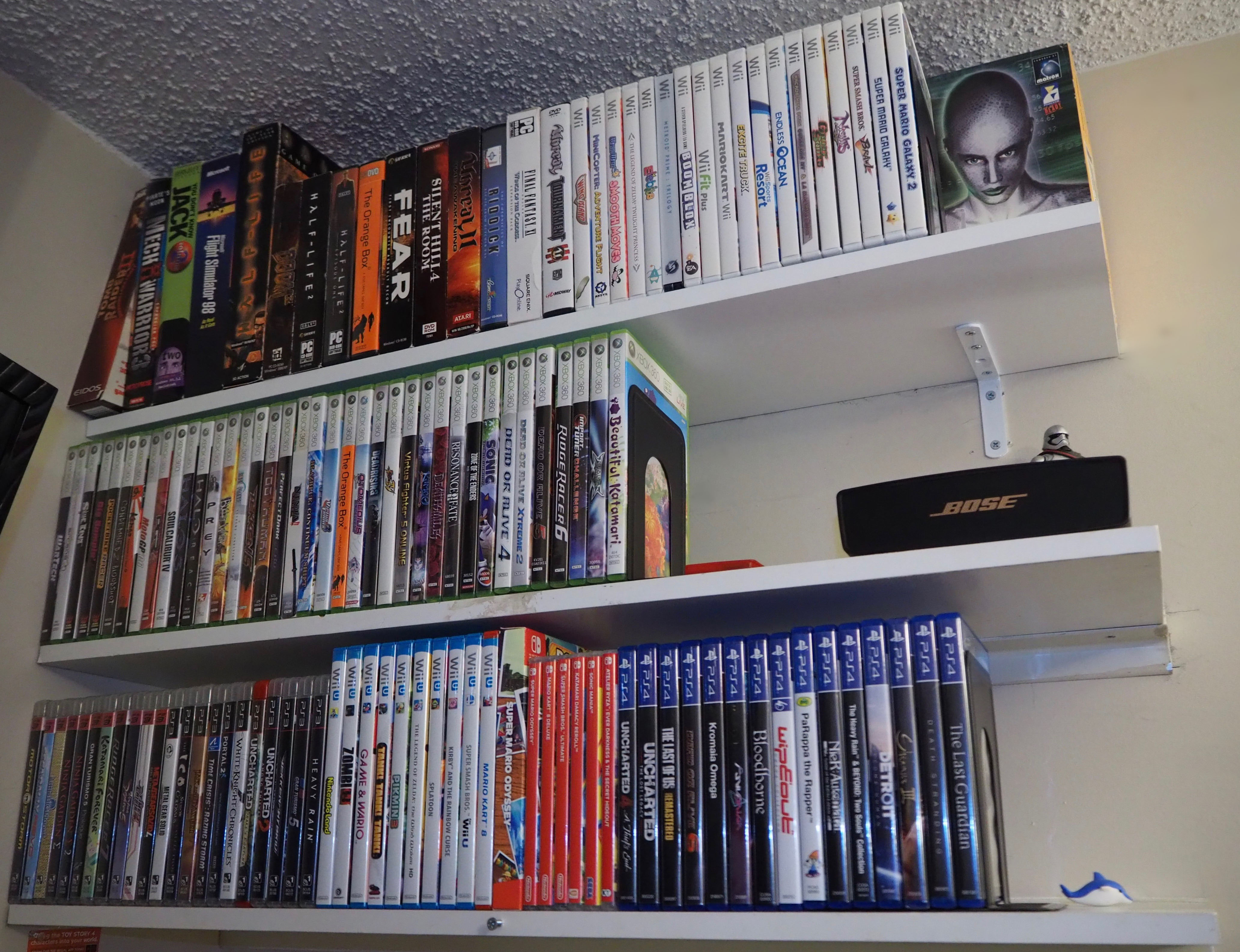 Here are my hardware boxes. 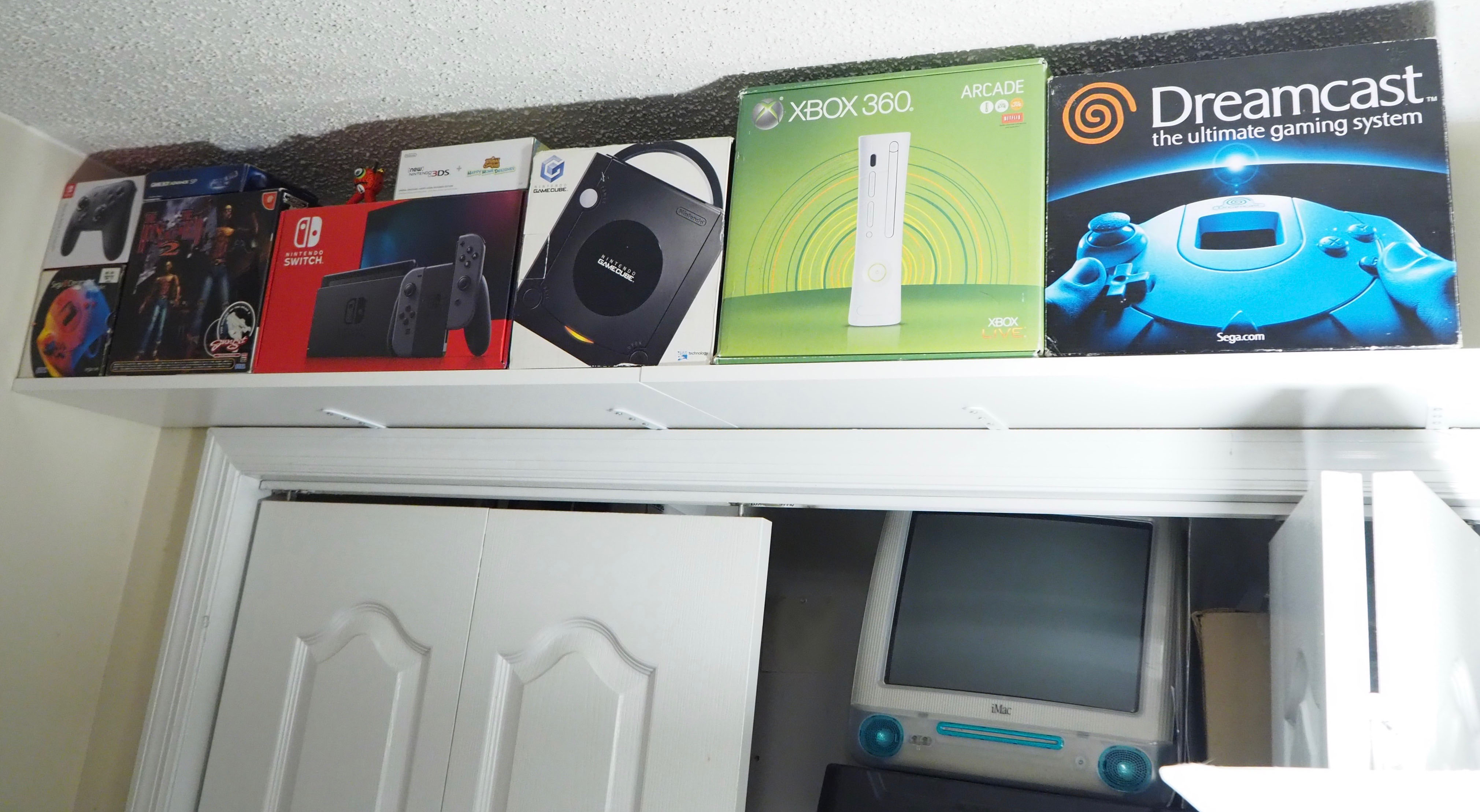 I did this for a few reasons. I had basically run out of space for new games, so I had to move some of my games into my closet. There were also games in my closet that I'd never put on a shelf before. So, adding these shelves allowed me to do a few things: it allowed me to move all of the games in my closet to the shelves. It allowed me to reorganize the games to be more aesthetically appealing and easier to access. And it also left me with open space so I can put new games that have yet to be bought on the shelves once I get them. It was kind of a lot of work getting the shelves installed, but I'm pretty happy with the result.

On the third shelf down in the first picture, there are some of my PC games. I've never shared pictures of these before. It's hard to see them in that photo; I share some closeups of them later.


Continuing with my pictures of game series, here's Katamari Damacy. I think this is a complete set of US console versions. I think there are a couple handheld versions, and I don't have those.

Sorry for the delay. Here's a closeup of my PC games, as seen in the first picture of my previous post.

Here are some games and hardware I got recently. 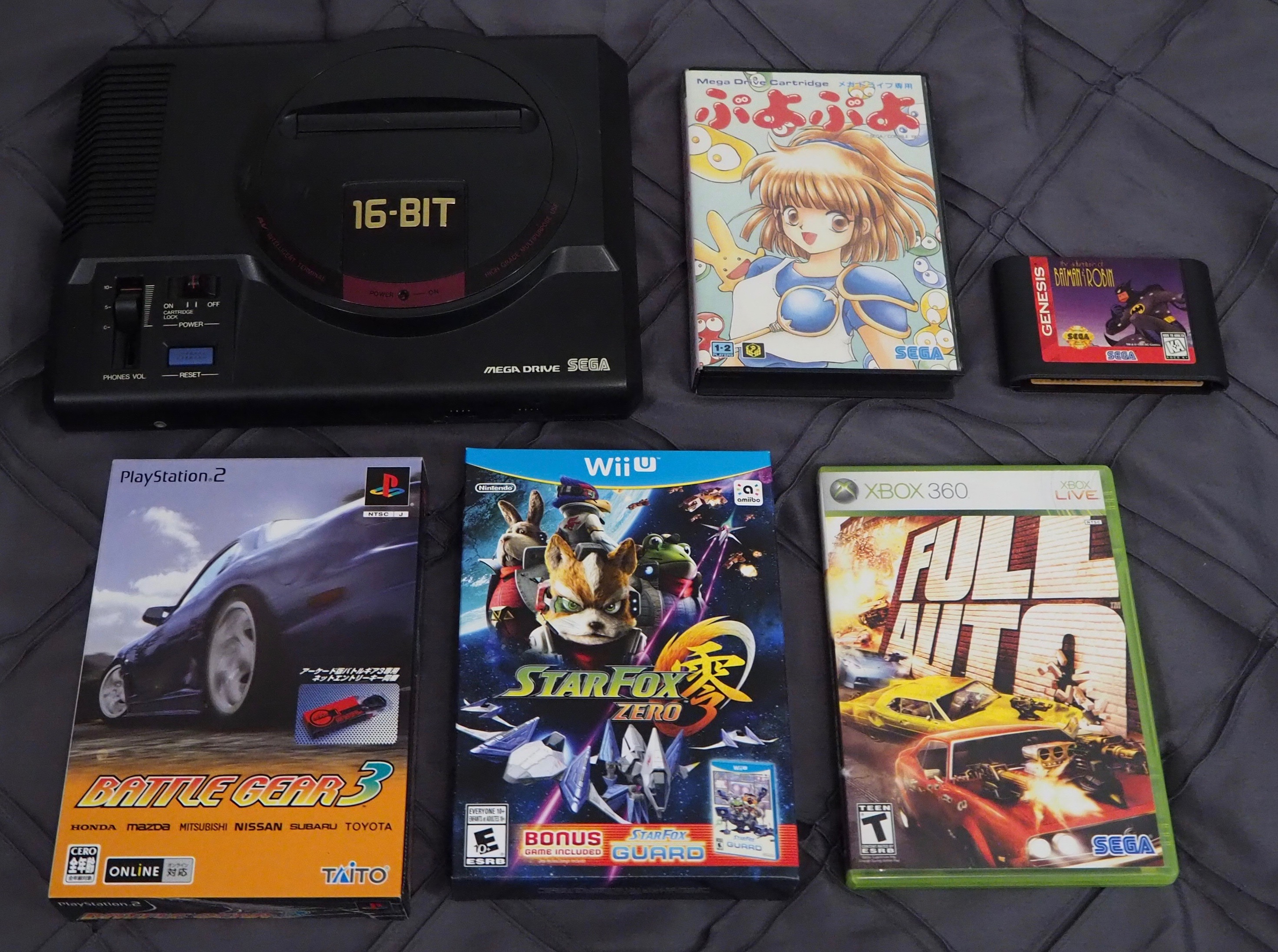 If you can't tell, the Genesis game in the upper-right corner is The Adventures of Batman and Robin, and to the left of that is Puyo Puyo for the Mega Drive. I got this Mega Drive system - it's not in perfect condition, but it's not too bad. The reset button is the correct color, which is nice. It works, and it has very good picture and audio quality. Battle Gear 3 is one I've wanted for a long time. This is the limited edition, which seems to be pretty hard to find; and it includes a key.


Here's the "net entry key" that comes with Battle Gear 3. 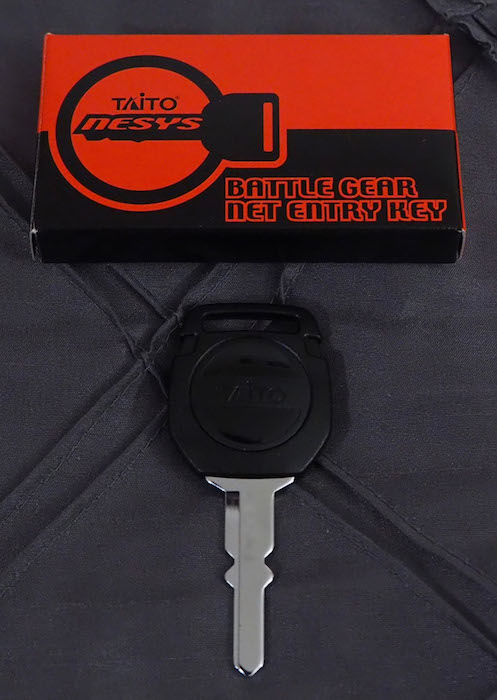 I think this was used to register an online account with the arcade system, which would then allow you to link your arcade and PS2 Battle Gear online accounts together, or something. I think it's pretty much useless now, but it's still a cool thing to have.


Since I got Puyo Puyo (the first one), I thought I should take a picture of my Puyo Puyo collection, which is pretty small.

Here's a shot of some of my recent purchases. 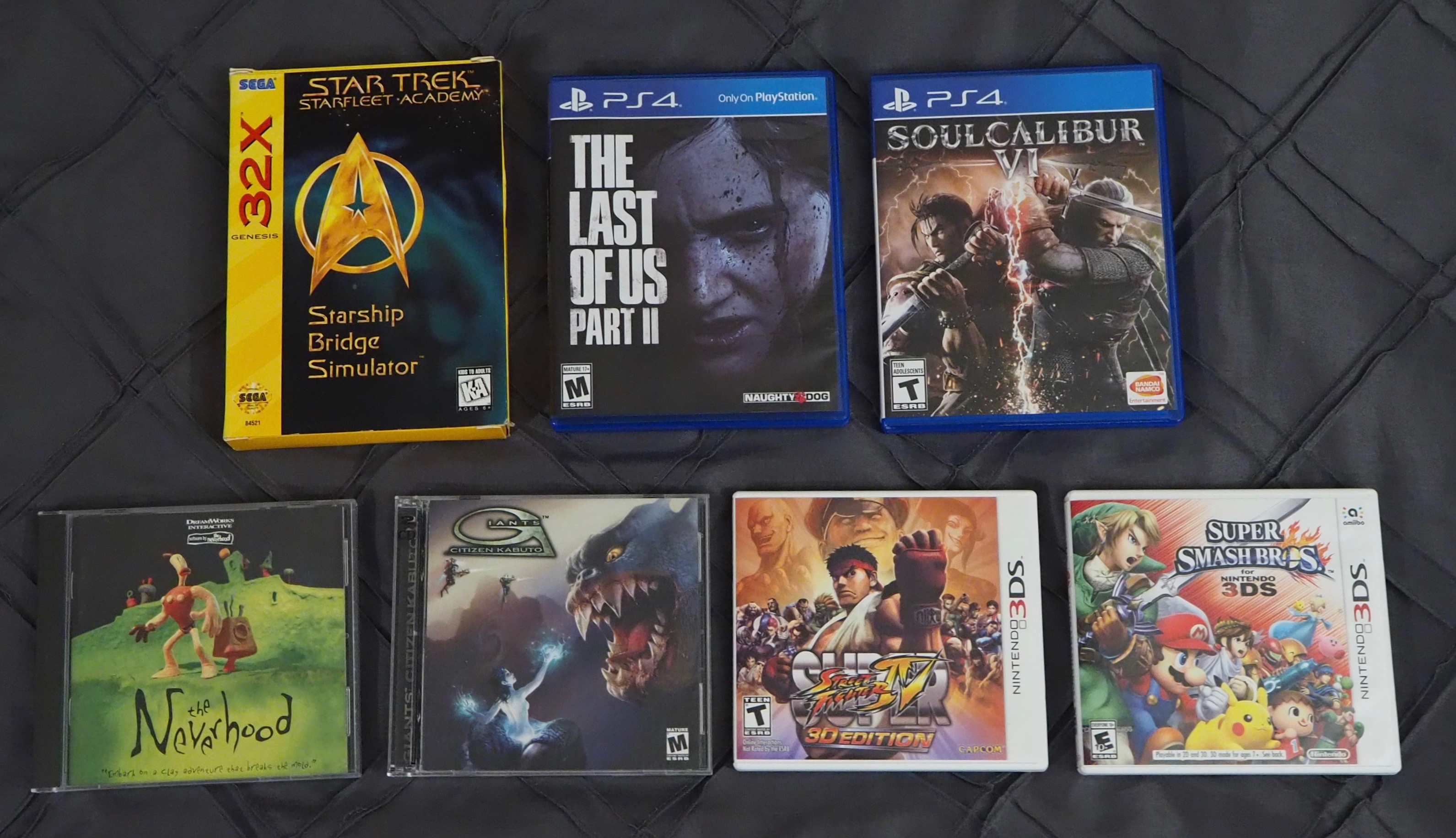 I've actually had all of these for a while now, it just took me a while to get around to taking a picture of them. I got The Last of Us Part II on release day. I really like the game so far; I think the level of hate it's getting from some people is just stupid. The Star Trek 32X game is one I had as a kid, which I originally gave away to my cousin along with all of my other 32X games. Now that I have a copy of this game, I now have all of the 32X games I originally had as a kid, plus several I didn't have back then. 6 of them are CIB too, which I think is pretty cool given how hard it is to find boxed 32X games. Now that I have Smash Bros for 3DS, I have the entire series (US versions), all boxed except for the first one. I might share of photo of that at some point.
Last edited: Jun 28, 2020

A delayed update about something I posted previously: I finally got around to comparing the sound output of my Sony Vaio PC through the DacMagic vs. through the SB Live!'s standard analog audio output. In fact, the DacMagic definitely sounds way better. I was kind of expecting that it would just have less signal noise, but actually they're fairly similar in that way - and it's pretty minimal either way. Instead, it turns out the overall sound quality is way better in almost every way with the DacMagic - this is true even for CD audio, which is still using the analog audio output from the Matsushita DVD drive. After having used it a bit, I think it sounds really good overall. Like I said before, I was thinking about swapping out the Live! for a Live! 5.1, since that card has a digital SPDIF CD input - but I think the sound quality with the SB Live! and the DacMagic is so good that I'll probably just stick with this for now.

I've been collecting these arcade fliers lately. They're mostly taken from magazines (except for the Sega Super GT one, which is a brochure type thing given to arcade operators), so they're the size of a magazine page/standard letter. I like these because I don't have a lot of free wall space, not enough for any more full-sized posters - but I can fit multiple of these in various places around my room, and they look pretty good even at a distance. I'm getting several more of them soon. One of them is going to go in between where the Sega Super GT one and the Total Vice one are now, which I think will look better aesthetically. I think the Sega Super GT one is my favorite so far, which also happens to be one of my favorite games of all time. There are multiple sellers of these on eBay, but I've been mostly buying from the same person since they'll combine shipping and also give you free ones if you buy enough of them. You can find almost any arcade game. 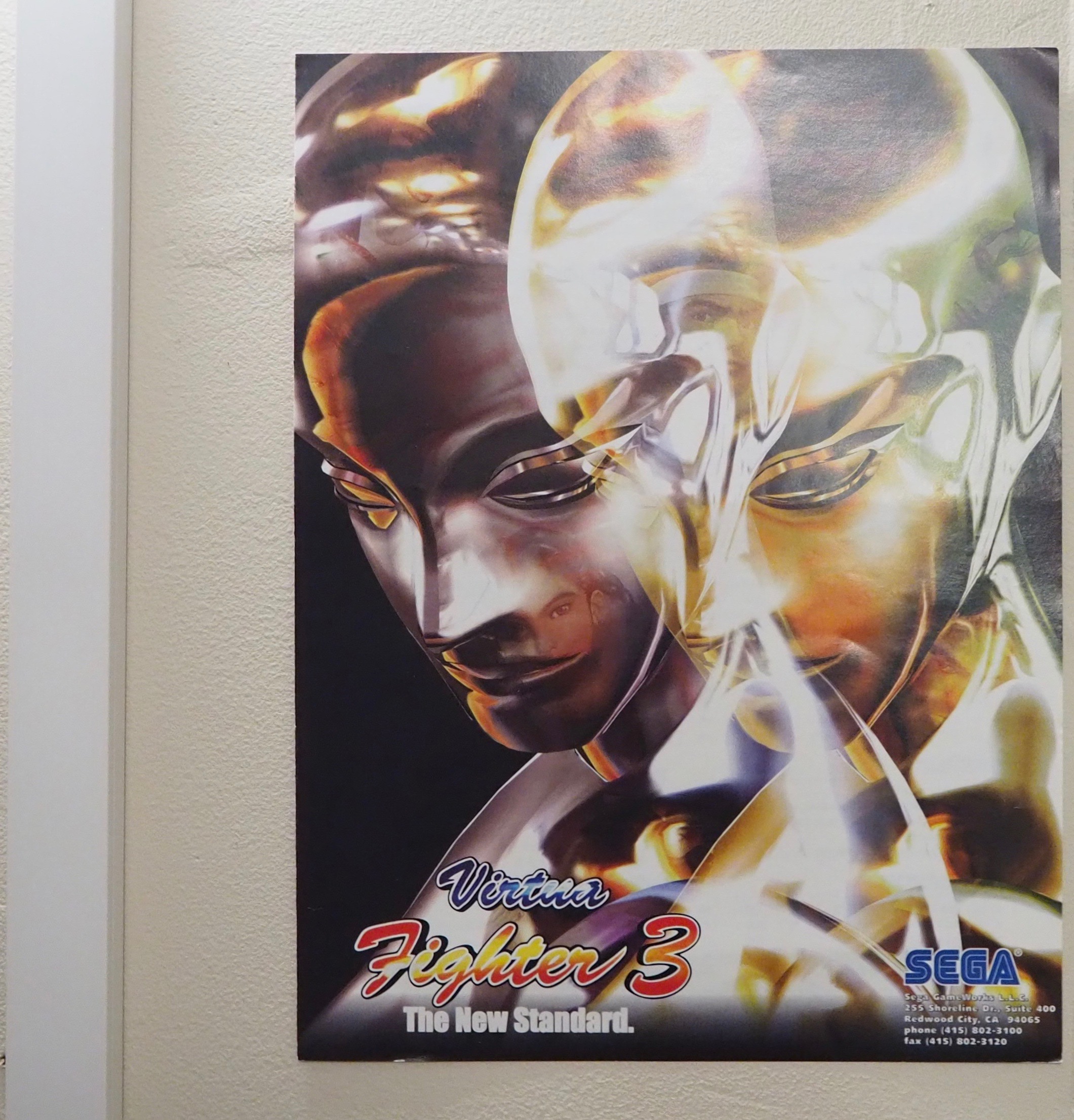