I can't imagine how rare this is, I hope someone here can purchase it and document all the coolness!! 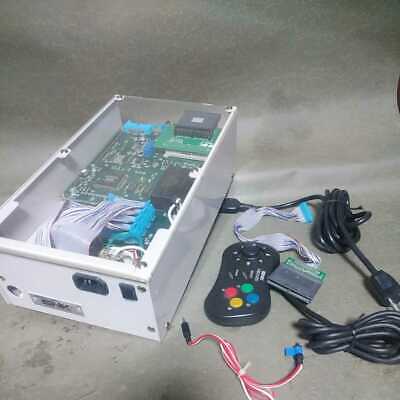 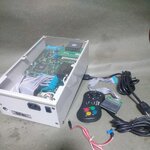 That is so fucking tits. If only I had an extra 10 grand lying around

Edit: Just noticed the Neo Geo Pocket carts, clearly a dev system for the NGP/C!
Not sure how this would work...Nintendo built a screen into theirs, Sony made a detachable PSP 'controller'...this seem to do neither? I don't even see a way to hook up to a monitor.. Looks like there's a DC power out jack that plugs into presumably a dummy unit with display that must also plug in for video somewhere

I think that person might be a drop shipper or reseller. The original listing is from YJA, pics and all https://page.auctions.yahoo.co.jp/jp/auction/w1040571400

Beautiful object but the price is really huge
X

Have any of these shown up before, outside of these on Yahoo?

Douchebag just bought this from the original auction to mark it up thousands of dollars. It's a Neo Geo Pocket development kit. I bet it's the same person who bought the rest of the development stuff from those auctions including what appeared to be a MV1C with development bios of some kind.
Reactions: GiroNeko

nice , I should plan sell my one
Reactions: Jackhead

What a beautiful piece of equipment we have here. Welp, it is a shame it is so expensive, but nonetheless, very good find.
A

Any other documentation or links about this thing?

On sale for $9k currently .

Though, for Neo Geo stuff, some people would call that cheap. Sigh.
You must log in or register to reply here.