First prototype for the saturn disc emulator (Fenrir). Games load fine. Need more testing but the end IS near 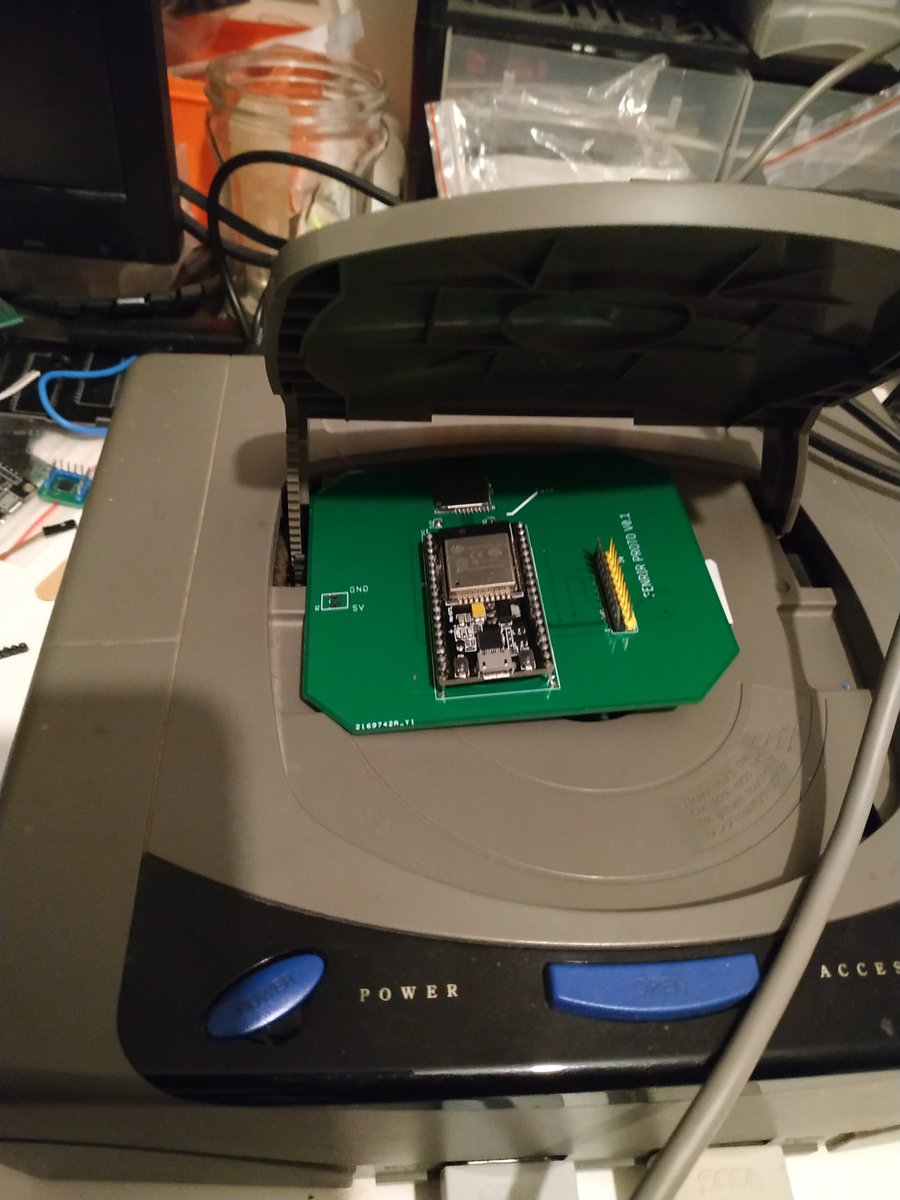 This is a French developer, who seems to be quite far along with this. This is a disc drive replacement I assume.
Reactions: HyperGHZ, fafadou, Vorde and 5 others

Interesting. Glad someone else is doing this even thought its replaces the drive. Hope it gets mass production and not only a 5 min pre-order window when pigs fly over a blue moon.
Reactions: spademytal

Could be interesting. Hopefully this will be unlike other French projects I've seen that only communicate in French and to French customers.

Arcadia said:
Could be interesting. Hopefully this will be unlike other French projects I've seen that only communicate in French and to French customers.
Click to expand...

As opposed to English projects only communicating in English to English-speaking customers? Yeah those really suck... ? N'est-ce pas mon ami?

Don't get me wrong, English is an important language to know because of its worldwide spread, and to do business online in English is a good idea, but no one's entitled to it from a foreign online business.

That said, it seems like a very nice project! From the look of the PCB, it could be on the cheap side too!
Last edited: Nov 8, 2019
Reactions: MrMario2011 and Zeigren

FamilyGuy said:
As opposed to English projects only communicating in English to English-speaking customers? Yeah those really suck... ?
Click to expand...

This guy writes English perfectly, ha ha ha. Anyway, he said for now it's only for the 20-pin models. He's been tweeted manufacturing advice and seems willing to accept it. Obviously he's still at the prototype stage so I assume this won't be ready for some time.

Is... is that an ESP32? And no FPGA or similar (well there may be one hidden on the flip side of the PCB, or just off in the shadows)? All the while wirelessly streaming data from a PC? Impressive feat to get that working at all, but as for actual usability I'll wait until I see something transferring a lot of data and doing it smoothly.

Wrt the language issue: Not sure why that is but the likelyhood of encountering french or south american persons that flat out refuse to communicate in a pidgin language appears to be much higher than with other nationalities. Don't think it applies to Ced, but I for one would not buy from people like that on account of likely shitty support, important bits of information not reaching me and general annoyance.
Reactions: MrMario2011

cta said:
Is... is that an ESP32? And no FPGA or similar (well there may be one hidden on the flip side of the PCB, or just off in the shadows)?
Click to expand...

Deunan's Saturn ODE's just use an Atmel microcontroller so it's possible.

cta said:
Is... is that an ESP32? And no FPGA or similar (well there may be one hidden on the flip side of the PCB, or just off in the shadows)?
Click to expand...

I'm guessing that part we can see in the photo is a debug board to the main device inside the console, right?

Possible but kinda hard to tell. There's also this older photo, which also only has a single (different) MCU, so to me it seems like that single board may be all there is.

Looks like a PSOC4 connected to a breakout board

Yes I used a Psoc4 at the start of the project
Reactions: Greg2600, Arcadia and FamilyGuy

I'm looking forward to this!

Thanks for checking in! Feel free to chime in whenever you like.

Question: Do you intend on using an SD Card for file storage?

Yes if you look at the top of the pcb, you can see the card
Reactions: cta

Ah so that's what that part halfway in the shadows is.

Keep in mind that MicroSDs have a decent chance of disappearing into cracks - especially when they eject towards the back of the device.

I mentioned this on twitter, not sure if you've seen it, but if you need to do any hardware testing on different Saturns (including different boot roms / CDB firmware versions), I have nearly all the combinations to test on. Some early boot roms actually handle the CDB differently, for ex. the early grey units won't boot with a missing CD drive (they get stuck on a black screen), while the later units boot into the cd player and show errors.
You must log in or register to reply here.