Well, since at AtariAge have been posted some pictures of N-Gage IC unit (but without any details and background), I think I can now also publicly share some of my quality cool pictures of my IC build (which I did for personal use in 2018), without prejudice to old NDAs, and also add some interesting facts about that nifty piece of hardware. 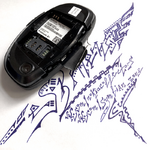 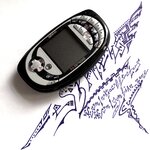 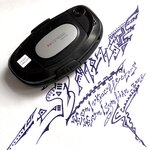 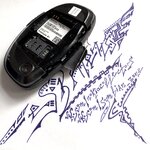 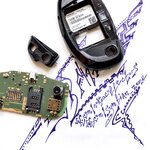 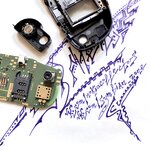 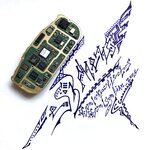 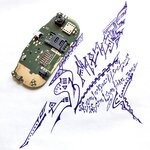 I already said in my main N-Gage thread here at OG, I have been collecting and preserving the history of N-Gage for over 15+ years now. So, there is really a lot of non-public information to share and talk about N-Gage, but I'm still trying to eliminate many of the blind spots that still exist in the history of N-Gage. I'm independent non-sponsorable collector/digital historian (in short - an enthusiast) and I prefer not to share information until I'm sure it's complete and I've done my research as well as possible. But since the photos have already been published, I think it would be better to add to them +- brief background. So everything below will be pretty short, but confirmed from my various trusted sources at Nokia and various my contacts in the gaming industry in general.

And now a bit story about the N-Gage IC game deck. N-Gage IC was planned as (possibly) last device in N-Gage lineup with ability to run the games from official game cartridges (Nokia MMC game cards). In the +- Q3-Q4 2005 Nokia embarked on a course of digital (N-Gage) games distribution, to lower the total cost of games (for the company and customers) and make them available to more people around the world. Later, all this led to the emergence of the so-called digital gaming platform Nokia N-Gage 2.0 for various range of Nokia smartphones based on S60v3 Symbian OS9.x devices. In addition, for a short time, close to the official death/end of the 1st (physical) generation N-Gage, about ~ 20% of the official library of N-Gage games was available for purchase digitally as a Full-Trial version on the official Nokia N-Gage / Nokia SoftWare Market website. And also Nokia N-Gage's latest retail game, Payload, was only available in this (digital) form as its physical retail release was cancelled.

But before going to all-digital retail form of N-Gage games - after the release of the N-Gage QD, Nokia planned to release (at least) one more physical generation of N-Gage (with support for MMC game cards) to keep the public interested in the N-Gage brand, while development of digital N-Gage 2.0 were in progress.

It was decided that the device (most likely) would be released in around ~ Q3-Q4 2005 and will be named "IC", which means "Integrated Camera", and also sounds like "Icy" ~ "Cool". In addition, the device was planned to be an all-in-one N-Gage without the major cuts that Nokia made in QD to keep its retail costs down. So, it was planned to return support for Mini-USB and stereo-audio from N-Gage Classic, as well as (a slightly) updated OS: from S60 v6.1 to S60 v7.0 / v7.0s. With +- all the same hardware like in N-Gage Classic/QD and with some improvements in the case of adding more RAM. Of course, full backward compatibility with all official N-Gage games already released was planned. This my build labeled as HardWare 0103 and the another build from AtariAge HardWare 0104, both are very early Prototypes (production phase B1) based on N-Gage QD chassis with already integrated camera module and built in Mini-USB port. As far as I know, Nokia was considering redesigning the final retail unit by adding more chrome / polished black plastic elements (in case of decoration), which were later used, for example, in the Nokia N72 (Black) model. Unfortunately, the project was frozen and canceled when Nokia decided to focus entirely on the N-Gage 2.0 digital platform, no longer releasing any devices (smartphones) focused only on games.

P.S. Fun fact: until now, there has been no official explanation as to why the previous device was called Nokia N-Gage QD - it looks like now is the right time to add some light to this dark spot. The name QD does not directly mean anything, but in general it meant that it was a Quick Device. "Quick" in the sense that it was developed +- in less than a year, based on the Nokia 3300a chassis, and also corrected some of the nuances from the original N-Gage - the addition of hot-swappable MMC games, a brighter display, a larger battery and speaker on the front of the device instead of the sidetalking feature. (Yes, officially, sidetalking wasn't a mistake, it was a feature. Nokia designers wanted to keep N-Gage Classic bezel free of sweat / grease that normally produced on the humans face. ) Also Nokia test focus groups liked the addition of “QD” because it sounds like (~ Cute), so Nokia decided to use that prefix for its next N-Gage.

Well, it looks like there are already more than enough different internal media and information for one OG thread. I will clarify one more time, most of the information that I presented here is written in a rather +- short form, since I still planned to publish the full material related to N-Gage later, not now. But since the photographs of the device appeared in the public domain, I think it is better to immediately state at least the minimum amount of verified information. Perhaps I will update this topic with additional data, if there will be some sense in that in the future.

P.P.S. Thanks (and greetings) for all who contribute and expand N-Gage community even nowadays. As always, using all my information posted above for personal non-commercial purposes is free for everyone, but only if you keep the original author's nickname (DirkDagger / eskMaemo) and a direct link to this: www.obscuregamers.com/threads/3818/ my ObscureGamers thread.
Last edited: Oct 4, 2021