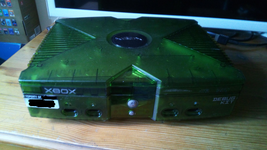 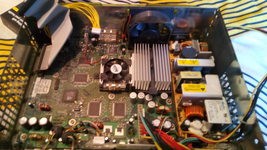 The capacitor for the clock had been leaking so i removed it by wiggling it back and forth until it came off. 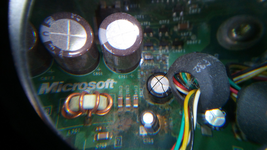 After i removed the clock capacitor. 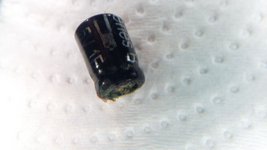 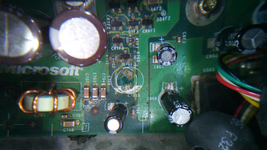 After i cleaned it with some Nail polish remover on a cotton wool bud. 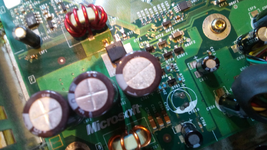 I believe you can just swap the PSU straight over. also the clock cap is only 1 cap. I would lookup a guide how to find out which one it is as I don't remember correctly
Reactions: Edward_2452
R

There is a guy on ebay that has a power supply but im not sure what ver it is all i know is:

We always remove the caps, but where is the solution? I recall finding a non-volative suitable chip to replace the volatile memory in Pokemon GameBoy games. The problem here was that the in-game clock was broken.

The solution IMO is something that won't leak and corrode the board.
It could be a battery placed far enough away to prevent damage.
It could be an NTP server that the system reaches out to.
It could be BIOS that don't care about the time.
- Games might not like this :?

Looking back at this thread...

perhaps instead of installing a new battery for the clock, instead use of those slow drain caps
Click to expand...

There's some interesting conversation in that thread

They're only instant discharge if there's enough load on them to discharge them instantly. You could use a low voltage capacitor with a decent capacitance. The big capacitor in the xbox only lasts a few days, though.
Click to expand...

And some not so interesting conversation

don't know why it would not be keeping the Pokemon Gold Version Clock in memory...
Click to expand...

I guess that's how we learn. Miss those days

I will also echo the sentiment that you can just straight up replace the power supply.
Your motherboard expects certain voltages.
Its your power supply's job to convert to those voltages.
By "power supply" we mean the rightmost circuit board in your xbox, not any kind of external component.
Last edited: Apr 22, 2022
Reactions: Edward_2452
You must log in or register to reply here.