In August 2020 we held a group buy for some SEGA Saturn and PS1 discs. I left the scene/site, Morphic took over, same rubbish that forced me out forced him to leave too and forced me back to make sure OG didn't die.

I was emailed by the seller and asked to continue this deal days after this happened. I reluctantly agreed to proceed as we had paid roughly $1400 from user donations.. I felt wrong not refunding users, so paid the postage costs out of pocket. The seller didn't include an AREA 51 disc but seeing how this community is these days I'm not wasting more time. These are being released as is.

All discs have been dumped with a Plextor PX-W5224A on latest firmware, and with DICUI unless the discs had C2 errors. In which case they're dumped with CloneCD. We tried dumping with other drives but, the plextor still gave the best results so all are plextor dumps.

The Saturn build dates are based on the most recent file as mastering time stamps were wrong in cases.

The following people kindly donated towards this release:

The following builds were saved,

I recently found out I had 3 discs that were undumped in storage, a friend who had my stuff dumped on my behalf and these are included meaning everything I own is now released. 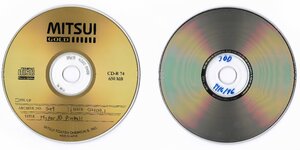 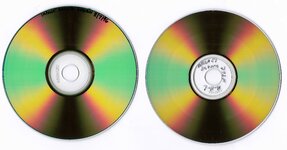 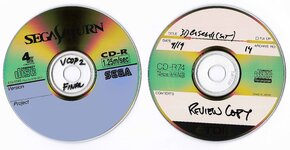 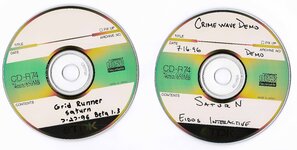 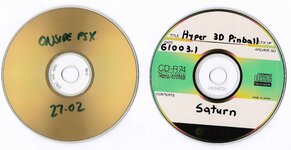 Thanks to you and all who donated!
N

"The seller didn't include one disc, instead some none gaming stuff was included and some gay p-o-r-n comics. Seeing as I've out of this community now I'm not bothering to proceed asking for a refund."

ndiddy said:
can you please release the gay p-o-r-n comics so the guy who paid for the area 51 release at least gets something for his money
Click to expand...

We don't allow adult content on site due to having minors. We aren't proceeding with asking for it as 1, the seller is moving. 2, they plan to release other stuff in the future which'll likely include. 3, Another group buy appears to have a matching copy which will be posted about soon.

EDIT: Just to note, All Saturn discs are NTSC copies. The 2 PS2 Builds are PAL and the PSP build of DIRT2 is a Japanese QA build. Also only just noticed, Onside appears to be the unreleased US version.
Last edited: Apr 8, 2021
You must log in or register to reply here.
Share:
Facebook Twitter Reddit Pinterest Tumblr WhatsApp Email Share Link