Hey everyone, here is a pre-release NTSC-J build of PaRappa the Rapper! 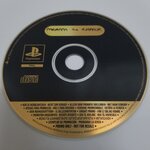 It's only dated 3 days before the final NTSC-J build, with an EXE date of 09-24-1996 in comparison to the final date of 09-27-1996. This build contains minor differences to the final build. At this time it is unknown if any debug functionality can be found.

Here's what has been uncovered so far:

I'd like to thank @hwd405 for helping me with the initial research of this build. Without them I wouldn't have a release post with the research it has now, and what other PaRappa fans can go off of.

Enjoy the build, I'd love to hear of some more cool findings! 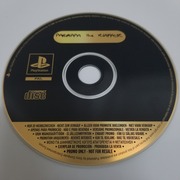 A build of PaRappa the Rapper dated 3 days before NTSC-J final.
archive.org
Last edited: Jul 20, 2021
Reactions: Esppiral, psx-collector, Anthony817 and 2 others
You must log in or register to reply here.