You are using an out of date browser. It may not display this or other websites correctly.
You should upgrade or use an alternative browser.
Sometimes old games pop up in my mind...some do pop up more often...and this is one of the most remembered games.

Peter Pan: A Story Painting Adventure (DOS, Mac, 3DO) by Novotrade Software Kft. and published by "EA Kids".
(You can read about the developer at the end of this thread.)

As a kid I only played the DOS demo.
Today I learned it had a Mac version, a different DOS version and even a completely different designed 3DO version.

The spoken text, the voiceovers...its all different in every version...and the 3DO version even has completely different graphics.

Every version is called Version 1.0 in the intro though.


The gameplay itself was aimed at kids...and the educational sector.
Use the "Paintbox Pals" to paint something into the scene, so you could go on...or "fight" an enemy...it was simple, but fucking awesome, as a kid...not much more to say, except it hat digital sound effects and voice overs, everything in a single 6 megabyte file... then again, there was a CD Rom version, 35 megabyte in size...but more about that later...

Here are the obvious differences :

There is even another text and voice variant...

And some gameplay videos :

Who was Novotrade Software Kft. ?

Most known for developing the Ecco the Dolphin series, Novotrade was a game company founded in 1983 by the Hungarian government. They now go by Appaloosa Interactive.


Novotrade Software Kft. then turned into Appaloosa Interactive...known for Ecco the Dolphin, for example :


Sadly I never found the 3DO version...unreleased ? (I already tried to contact different people who worked for Novotrade/Appaloosa):

Here is a photo of the DOS CD Rom version : (if you are looking for a download link, please pm me)

This CD version also has another text / voiceover...


And the CD without Eagle Eye Mysteries but with both versions (DOS and MAC):

And yet another version of the CD :

And the Macintosh only CD :

Here is the manual : 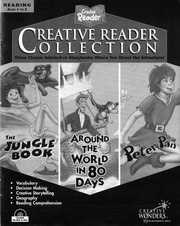 Sooo, maybe some of you do remember this "masterpiece" and could add additonal informations ?
Maybe there is is a beta version as well ? ;D
Last edited: Jul 28, 2019
Click to expand...

Guess im alone with this one ;D

a desperate bump for (more infos on) the 3DO version
T

Wow man thanks for this post!!!
This is my childhood game )!! I could never find version with voice :-(
T

@ItsMeMario Where did you found CD version with voice?