Pitfall. A well-remembered game by David Crane. The game series that seems to bob in and out of popularity. Whether it be from mediocre or infamously poor games cough Super Pitfall cough or just not being that interesting. However this game, Pitfall The Mayan Adventure, seems to have been the beginning of that surge and resurgance of Pitfall every so often.

Was it a good game to come back on after the mistake Super Pitfall was?

Pitfall The Mayan Adventure is a really good game that of which is actually a decent challenge. It's not super incredibly hard (honestly, some parts are complete bullshit), but it will give you a run for your money. It's been ported to a slew of consoles, most of them 16 bit, and it has a pretty good legacy. People still argue about which port is better to this day, but probably not as vehemently as they might have in the 90s.

Gameplay wise, this game plays a lot like a common 90s platformer, however that is not a bad thing. It also has that pitfall tinge mixed in, including but not limited to, swinging from vines to other vines or platforms, jumping across crocodile heads (however every time you land on one, the game shuts the mouth and you don't lose a life), pits that open and close, all that fun jazz. Your life meter is indicated by Pitfall harry Jr. getting closer to and further from a crocodile, and when you die from losing all your health, he gets nommed on like a snack. 1-ups are plentiful in this game, ESPECIALLY if you are good at the platforming the game wants you to do. 100 gold coins also give you a 1-up. That's helpful. Just be aware of some platforms that you will slide off of and probably slide to your death.

The Sega CD version also has its fair share of loading screens, but don't let those bother you, they're not that long.

Don't forget about your weapons, either. An exploding stone (known in the game as Exploding Stone of Pacal) that is a good sorta screen nuke and great for bosses, the Boomerangs which I honestly only used by mistake, sling stones which are a peashooter projectile useful against bosses for quick health shaving and common enemies, and swinging your slingshot is also useful for a close range attack, just not highly recommended as you will very likely hurt yourself that way.

Bosses are few and far between, thankfully. Most of them are jaguars lunging at you and are hard to avoid, thereby making them a huge pain in the ass unless you have a lot of exploding stones, a Jaguar Man which is also a juge pain in the ass, and the final boss, Zakelua. Zakelua has a stun attack, and since the game is often pushing you towards him, prepare to die. A lot. But once you get him taken care of, you rescue Pitfall Harry who is still his 2600 self and the two Pitfall Harrys head off.

Back when Activision tried to be funny.

Sound is pretty ok. The Genesis music is nothing special by any means of the word. The SNES version is very quiet and also not special or really good. Really, the only version with music worth mentioning is the Mega CD version. But the Mega CD version has a weird bug where the audio has specific tones playing constantly, and it's not apart of the CD Audio tracks, either. I am though hedging my bets on it being an emulation issue, but every emulator has the problem as well so I'm not too sure as to whether or not it's an emulator problem.

The visuals depend on which port you're playing. The Genesis/Mega CD version runs very smoothly and has some clever effects for different colors. The SNES version has more color but a more square aspect ratio. The Jag has good color as well, and the 32x version does, but the 32x suffers from being INCREDIBLY choppy and basically unplayable. The GBA port looks very washed out because it was trying to be able to show up on GBAs that don't have backlights without too much light, but playing it on anything other than those just makes it look poor. The Windows version I haven't been able to get much experience with however.

this platform in particular is a pain in the ass to get on.

The quick of the story is that Pitfall Harry and his son are out adventuring in the Mayan Jungle and as Harry Jr. is about to nab a treasure, his Dad was kidnapped by the villains and you have to get him back. It's simple, really, and it's nice to not have a story that I have to write a book about.

The ports are all up to whoever wants to play it as far as which one is preferred. I like the Mega CD version myself, partly for the fact that you can get your hands on it easily and partly for the fact that it doesn't take much for you to just pop it in and play, a compared to some other versions. That being said, graphically it doesn't have as much pop to the colors, but that doesn't especially matter when the framerate is smooth and the controls are responsive.

On that note, the controls are interesting and sometimes frustrating. The 6-button MD pad can be a bit frustrating at times as you'll end up using one of your good weapons when you didn't mean to, not to mention switching between them is a bit frustrating, as since you have to tap the Start button, pausing the game includes pressing Start and holding it down. I don't have too much experience with the other versions however, so that isn't really something I can comment on.

Overall, I enjoyed the game, even if some tricky platforming was frustrating and the bosses were as well. I'd recommend a play even if you're not a fan of Pitfall. The smooth animation (which is not too dissimilar to how they got the sprites for Aladdin on the Mega Drive, animating and then turning it into pixels) and overall challenging gameplay (even if it can be a bit unrelenting sometimes) can definitely make it stand out to some. With that being said, don't forget that with cheats on the Menu, you can play classic Pitfall (You can as well in Level 3) and while the sound may not be the most accurate (they don't sound like the Stella chip), they are fun to play, and playing it on the MD is like playing it on the 2600 with your genesis pad plugged into it. I would recommend it to anyone interested. 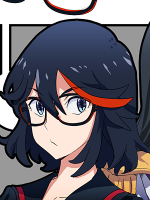 Gameboi64
i post a review every so often. what else do you want?
I write reviews because I felt like I could after one day. I don't take requests, but I do polls so I don't get burnt out on what I should do next.

I have a lot of misspellings because I usually write in WordPad, or another program that doesn't have a spellchecker, usually either because it is easier or because I don't need some program nagging me about some word that isn't in it's dictionary.

Am I a weeb?
俺はウィアブじゃない。

What a coincidence! I was literally playing this game earlier today on my portable Genesis/Mega Drive clone. I used to have this game as a kid and spent untold hours playing on the Genesis in the mid 90's. Really awesome version of the game.
You must log in or register to reply here.
Share:
Facebook Twitter Reddit Pinterest Tumblr WhatsApp Email Link
Top