I have builds of an un-released Dreamcast game I found on a Katana that I've never been able to make work... I assume someone here can help make bootable images of these? (Microsoft Flight Combat Simulator, there's a thread deep in the Dreamcast section on AG about it... Just want to get it shared, and playable if possible, to find out exactly what it is...)

Who wants to help see if this is playable?

From the AG thread:
The main partition had about 1.6gb of stuff on it, all related to Microsoft's Flight Combat Simulator (was that ever released for DC? Either officially or unofficially...). It seems to be a bunch of small 'test' and 'sample' builds, but there's one 500+mb folder and one 800+mb folder, so it might have something playable on it... (Drive makes odd noises occasionally, that made me nervous, so my first priority was getting everything off. Copied off all visible files, and then a complete clone of the drive. Most of the drive was used by existing files, but I'll still do data recovery on the unused portion, just in case...)

And the system appears to have originally come from KCEA's Honolulu studio...

This version is not straightly ported. 100% of the code were re-writen, 85% of the data is created newly.

Wow, this would be a very cool find! That game was not released, as development moved to Xbox but it was canceled there too.

OMG! I remember hearing rumors about this game being in development! It would be the only Microsoft game done for the system but it was cancled before then. Man I am so fucking hyped for this! Please change the name of the title so you can get more interest for this from the front page! Put the name in title and you will get more help undoubtedly!
Last edited: Aug 9, 2019

This is a really cool find and i would be glad to help. I think this is a WinCE game and I have some skills on this. I have professional recovery tools too, in order to explore raw dump partitions. 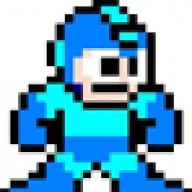 Please get this to SiZiOUS! I'd offer to help myself, but SiZ has a lot of real deep experience hacking with WinCE.

We might finally see the phoenix known as Microsoft Combat Flight Simulator on Dreamcast? Who knows but that would be pretty damn cool to see at last...

SiZiOUS said:
This is a really cool find and i would be glad to help. I think this is a WinCE game and I have some skills on this. I have professional recovery tools too, in order to explore raw dump partitions.
Click to expand...

Plus one vote for Sizious, he's the guy for WinCE for sure.

Many can vouch for him too, you can trust him.

Yep I second this, Sizious is well known in the DC community and has done a lot for us in the past. If anybody should be given the files it would be him. I am fairly certain he can make something happen on a real Dreamcast if there are any files that will run on it.

Chiming in to say Siz is a huge help, his recent dcload-ip/dctool-ip package is what finally made dreamcast gdb debugging work for me after seriously over a year of frustration. He's a big help.

Haha, figured there'd be a little interest. My knowledge of the system is pretty limited, but it does appear to be WinCE for sure. Here's a copy/paste of my 'findings' from the old AG thread (this is about 5 years old mind you).
Before I touched anything, I copied everything off the drive, and did a full image of the drive (including unused space). It was partitioned in the original config, so only 2gb was usable, and I think 1.8 of that was in use, so not a lot to attempt to recover, but just in case it was all archived. (4gb physical drive, and I confirmed the other 2gb of unpartitioned space was indeed blank)

I'll get the files and the image zipped up and sent to Sizious, and see what he can do with it.

Okay, got further with this... If I terminate the GD Writer port, I get the non-animated start up problem... So on a whim I decided to just hook up the Writer to it, and that seems to have solved the problem. No idea why, but the system want's the GD Writer connected...

So, it's working, the computer sees it fine, the software made me update the firmware... Now just to get the files on the drive to mount. GD Workshop functions properly, but there are no project files on the Katana (I guess that's expected), so I have to try to make them myself (which I've never done). I've made several attempts, and I've gotten the audio track on the disc images to be recognized (the low density area), so it seems like it just has to be formatting the project correctly... My first problem was not having the System Area File for the high-density portion, which apparently is necessary to make this work. The project has a WCEDreamcast folder with a 0winceos.bin file, so I'm assuming that should be the first-start file? I set that up in IPMaker to get the System Area File, but I get error saying things aren't in the right place (specifically the 0winceos.bin). When I got it to not give me that error, the system just asks to 'insert a disc' when I select play (which, so far, is all I've ever gotten it to do when I select 'Play').

Figuring T5 is the exciting folder

, it contains a C, D, and X folder
In C is the 0winceos.bin file, and an OS folder with a bunch of OS-looking files (DLLs and such)...
In D (several folders deep) is one file: cfs.exe
In X/tempdata has a _LOT_ of files (almost 1000) and a GDROM directory. Almost all the files have a .kdm extension with a few .dlls, .bins, etc.
The GDROM directory has about 25 files with .sfd extensions and one data.bin

So, without a project file for GD Workshop, are there any tips to getting the files in the D1Sx folders in a project in the correct place? Or is there another way to mount something to the emulator? (I may just be doing all of this wrong...

Also, the project file I created I gave a unique name, so it made it's own folder on the drive... Should I make a project with the name 'sample0721' instead? Not sure if that's the problem or not...

I'm still not ruling out the possibility that there is some small problem with the Katana itself... But other than seemingly not trying to launch the first-start .bin file, it seems to be working okay.

I may just walk through one of the tutorial building the sample project and mounting it just to see if that works...
Click to expand...

So are the files going to be shared?
I'd be glad play around with this and trying to help you
N

step 1 is seeing if there is even a .exe file present.

Great find! Definitely excited to see where this leads

neo said:
So are the files going to be shared?
I'd be glad play around with this and trying to help you
Click to expand...

Yeah, I'd still be interested in downloading and playing with these HDD images even if SiZ is getting the files sent to him first.
The best and fastest way is to just share it so everyone can uncover secrets.
Unless you want to do some kind of controlled, single release with your name credited to it or something.
N

darcagn said:
Yeah, I'd still be interested in downloading and playing with these HDD images even if SiZ is getting the files sent to him first.
The best and fastest way is to just share it so everyone can uncover secrets.
Unless you want to do some kind of controlled, single release with your name credited to it or something.
Click to expand...

Just do what I do. Watermark the files so if it ever came down to it you could prove they originated from you

sizious is one of the people i'd trust the most with something like this, this is really cool

Awesome that this got resurrected again. Happy to read you're willing to share the files @psycho! Looking forward seeing this project come to life.
W

It seems it was a Konami development, back when they did that game change agreement that gave the PC version of Metal Gear Solid to Microsoft and the console versions (PS2 version, but there was also a planned Dreamcast version) of Age of Empires II to Konami, though it's clear by this that more games were planned to be exchanged. I wonder what Microsoft would have gotten in exchange for this, maybe a PC version of the first Silent Hill game.

What a great find, I hope that with the help of the community it will be recovered and of course shared

Let's cross our fingers.
You must log in or register to reply here.

I've been looking at gaming laptops and would like some opinions.