I thought this a worthy bit of news to share. For years and years emulation of more complex systems such as those that are 3D based has been very difficult to achieve. Only recently has a long lost proof of concept N64 emulator been released to the public. It was never very far along in development and emulation is not the best. Now with the advent of this new dynamic recompiler written by a user who goes by the name of Crystal over at the PSX-Place forums, we now seem to have something that has always been much needed for the system to stand a chance of emulating especially more complex machines. This should hopefully make things like N64, 3DO and Saturn emulation way more feasible hopefully. I still hope we can get a PSX emulator with proper hardware acceleration but who knows.

From Crystal's own words...

I wrote a little and simply library to write dynarec code using PS3 MAPI capability.
This library is just a little include file.
The methodology used is to create a memory buffer inside the process (its size decided by the developer)
and use ps3mapi_set_process_mem to insert the bytecode into it.
Click to expand...

You can follow progress of this over at the PSX-Place thread below and at the official Github page.

emu_kidid and extrems at gc-forever need to know about this.
Reactions: Anthony817

Cool! I've thought about the lack of emulators for PS3, which have been a little weird seeing as it's pretty powerful, I just figured it wasn't that popular. Interesting to hear about this.
Reactions: Anthony817

I lean more towards Sega and Xbox, but I can't deny that in the end of it's life I am pretty sure it sold more systems than 360 after playing catch up for so many years. So it is definitely not that it isn't as popular. Hell, between the 2 it is the most modder friendly because of the ability to fully softmod with a simple jailbreak. So in that respect it has a much larger potential target audience since now pretty much all systems can run unsigned code now to some extent. The main hurdle was always such little documentation such as with the RSX and visually stunning homebrew games. That is not the case with emulation though as it can physically do it in software but it needed a dynamic recompiler to make it more possible. But speaking of the RSX chip, I would have thought by now we would have been able to see more complex homebrew that could take advantage of the GPU to give us much cooler homebrew than previous generations of consoles just based on the power of the console alone.

My dream has always been hardware accelerated PSX games. Similar to what Bleem did with PSX games running on Dreamcast or what modern emulators on PC and Android can do with natively rendering the games in HD. The system sure in the hell has enough horsepower to pull it off. Maybe even emulate Saturn and Dreamcast I am pretty sure. Not sure if we could get DC games emulated in HD but surely native 480p kind of like the first party Sony emulator with PS2 games. At least there is a guy working on making a RSX driver for OtherOS so maybe we will be able to see both Dynarec and the homebrew GPU driver working together in concert some day in the future and make the PS3 really be a worthy emulation machine.

But in the end, it comes down to many factors. For one the PS3 is such a complex machine and was always a bitch to develop for. It falls into the same category as Sega Saturn and even PS2 to some extent. Such little documentation doesn't help either. I know as far as seeing good homebrew PC ports we can't do a lot of games. I wished we would have seen an open source port of Doom 3 so we can have mods and stuff. But those SPU's also complicate things as well. Even retail game studios had to specifically program the games to take advantage of the SPU's to optimize them for the console. So it is no wonder that it would be even more difficult for homebrew devs to do the same with even more limited resources.
Reactions: MKKhanzo and Raen

Arcadia said:
I just figured it wasn't that popular.
Click to expand... 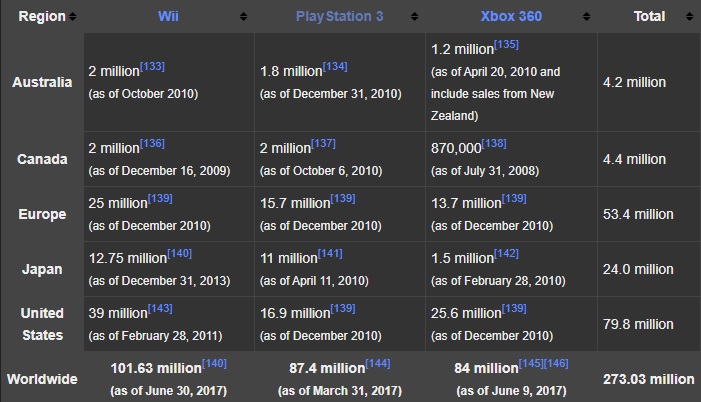 I've also never understood why both the 360 and the ps3 had such weak homebrew scenes compared to the sixth generation, where Xbox and Dreamcast dominated for years.
Reactions: MKKhanzo and Anthony817

Americandad said:
I've also never understood why both the 360 and the ps3 had such weak homebrew scenes compared to the sixth generation, where Xbox and Dreamcast dominated for years.
Click to expand...

Pretty much because they were both based on PowerPC architecture by IBM. IBM developed both the CELL and Xenon for each company. On Dreamcast and Xbox you had much more straightforward easy to develop for architecture and better open SDK's for developers to tap into. Xbox was X86 so super easy to tap into. Also lack of documentation and difficulty of utilizing the hardware kind of hurt the PS3 and 360 homebrew community. I also think the Dreamcast succeeded so well in this regard because it was the last console made by that manufacture, and the fans are so fanatical about it and just really didn't take no for an answer when it came to seeing the console die prematurely.

With the RSX processor on the PS3, sure it is about equal to the Nvidia 7800GTX since it is based on that GPU, but it had some other enhancements not in the PC GPU. It also didn't help that homebrew developers don't really have access to it or drivers that can take advantage of the graphical processing power. Everything homebrew oriented has to be done on the CPU basically. However a developer has been slowly creating a GPU driver for the RSX in OtherOS for the past 2 or so years, but it is doubtful homebrew running in GameOS can tap into it unless I am missing something others know that I am oblivious to that could allow it?

Hopefully with both this dynarec and that RSX driver being developed, it can really blow the console wide open and ripe for more complex emulators and homebrew games with good graphical fidelity we all know the system is capable of. The developer Crystal linked to their dynarec project over at libretro forums, so HOPEFULLY the Retroarch developers put this thing to good use and we start seeing everything from Atari Jaguar, 3DO, Saturn, N64 and maybe even Dreamcast or PSP emulation? I still hope for Beetle PSX HW emulation on PS3. That would be so amazing.

Now the PS3 is Dynarec ready

I've also never understood why both the 360 and the ps3 had such weak homebrew scenes compared to the sixth generation, where Xbox and Dreamcast dominated for years.
Click to expand...

I wasn't taking about retail sales, although I can see why that wasn't clear, but about the popularity in the modding and homebrew community. For some reasons some platforms are popular to work on for the homebrew community despite not being the market leader in retail.
Reactions: Anthony817

By the way, I guess the guy working on the RSX GPU driver for PS3 Linux did actually get it working in GameOS. So what I said earlier about not being sure if the RSX driver and this new dynarec being used together were possible may actually be possible theoretically at least. So we may yet still see hardware accelerated emulators.

Arcadia said:
I wasn't taking about retail sales, although I can see why that wasn't clear, but about the popularity in the modding and homebrew community. For some reasons some platforms are popular to work on for the homebrew community despite not being the market leader in retail.
Click to expand...

That doesn't really apply to the 7th generation, at all. Biggest scene of 7th gen: Wii (market leader), next biggest: PS3 (second place in sales) and last place in sales and homebrew: 360.
Reactions: Anthony817

Americandad said:
That doesn't really apply to the 7th generation, at all. Biggest scene of 7th gen: Wii (market leader), next biggest: PS3 (second place in sales) and last place in sales and homebrew: 360.
Click to expand...

The Wii is so homebrew friendly, it's almost a Raspberry Pi.
Reactions: Anthony817

I think the biggest problem with PS3 is the extreme limited GPU Memory of 256MB. As you may know, I am developing a PC/PS3/XBO360 game, there is a thread here on the game, on the Playstation Section of Unreleased Games. I am developing this game on my custom version of UDK Engine (Unreal Engine 3) , which I ported to PS3 and Xbox360 some years ago. I had a thread on the Assembler Games Forums, UDK Ultimate Engine.

The most difficult part on developing a game for PS3 are the textures. I mean, the PS3 GPU can render high poly meshes and scenes, but it gets an Memory Overload problem because of the textures. It can't handle a scene with too much textures, especially if they are high in resolution.

I know my homebrew port of UDK Engine is not completely optimized to take advantage of all the PS3 Power, but for my experience on all these years thinkering with PS3 and Xbox360 is that the XBOX360 is indeed much more powerful than the PS3.

I finally was able to get my game fully running on the PS3, as you can see on this video below

But it is indeed good to see this progress on Playstation Scene, so we can get more emulators on the PS3. Even though all the limitations, I still love PS3, and I found my game much more fun to play on the PS3.
Reactions: MKKhanzo

Ah, if only someone would write a dynamic recompiler for our old Xbox 360...

Yeah, it is crazy it took so long to happen on the PS3. I do wonder if anything from this could carry over to be used on 360 since both consoles were Power PC based architecture from Intel?

The one good thing about PS3 getting it is how easy it is now for people to run unsigned code be it on CFW or HEN based systems since any console has that ability now. So huge potential for so many people to benefit from this as opposed to with 360 you can't just easily softmod any console. Still wish in my heart of hearts the 360 was as cracked wide open for the general public. I still love my 360 and am hoping and waiting for the day those get an easy exploit. If not I might install the RGH mod but not the best with soldering skills.
Reactions: MKKhanzo
You must log in or register to reply here.