After spending a bunch of time getting a PS2 development environment set up on macOS, I found a great PS2 homebrew development Docker image created by mlafeldt, however it was missing the required libraries to build OPL. Since Docker is cross-platform, you can use these on Linux, macOS, or Windows as long as you have Docker installed (note that I don't use Windows and have not tested these there, so the instructions below may not work exactly as-is, but the images should work fine).

My image is based directly on the mlafeldt/ps2dev image and simply adds the gsKit and ps2sdk-ports libraries to allow for compiling OPL. I've tested this building the latest commits from both the original ifcaro/Open-PS2-Loader repo as well as the Jay-Jay-OPL/OPL-Daily-Builds fork.

First cd into the source code directory of your homebrew project (for example OPL), then you can build the project directly by running docker run -it --rm -v "$PWD:/src" einsteinx2/ps2dev-extra-libs make. The compiled elf will be in the source code directory on your host machine. If you'd like to enter the container and use an interactive Bash shell, simply exclude the make command at the end. You can also run other commands such as make clean. 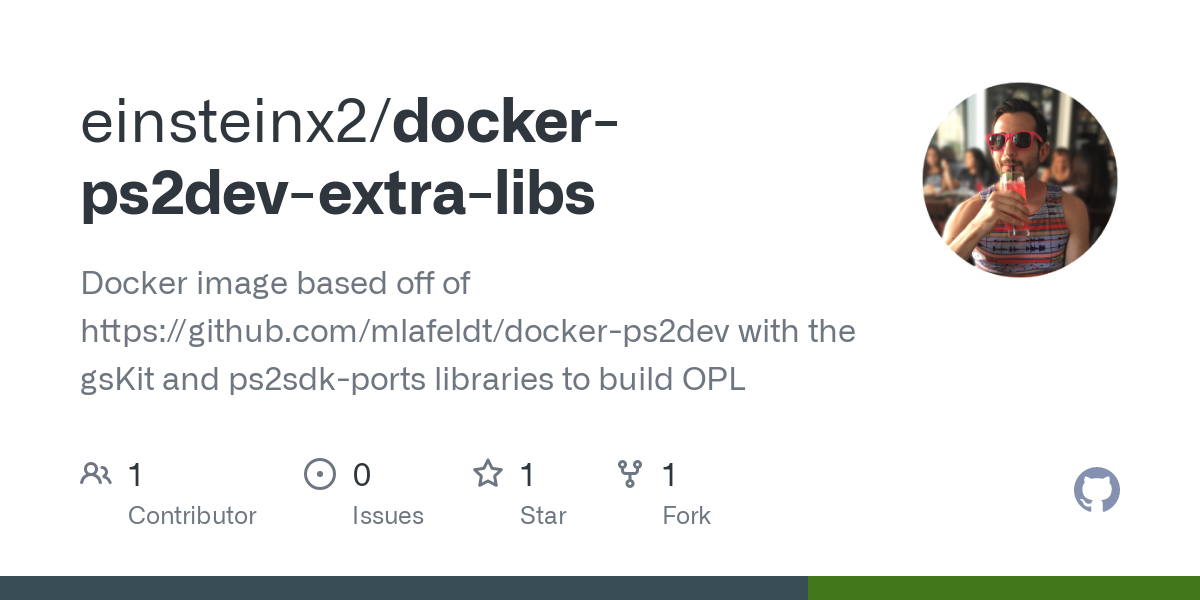 Hopefully this image will help you to get started in PS2 homebrew development or modifying existing homebrew without going through the (potentially complicated) toolchain setup process.