I'm going to slowly put pictures of stuff here. My collection isn't exactly setup up for pictures, I want to get it more organized. As certain 'groups' of items come together I'll post pictures. This may give me an extra kick in the butt to get on it.

First collection isn't video game related at all (You'll find some of that here..) 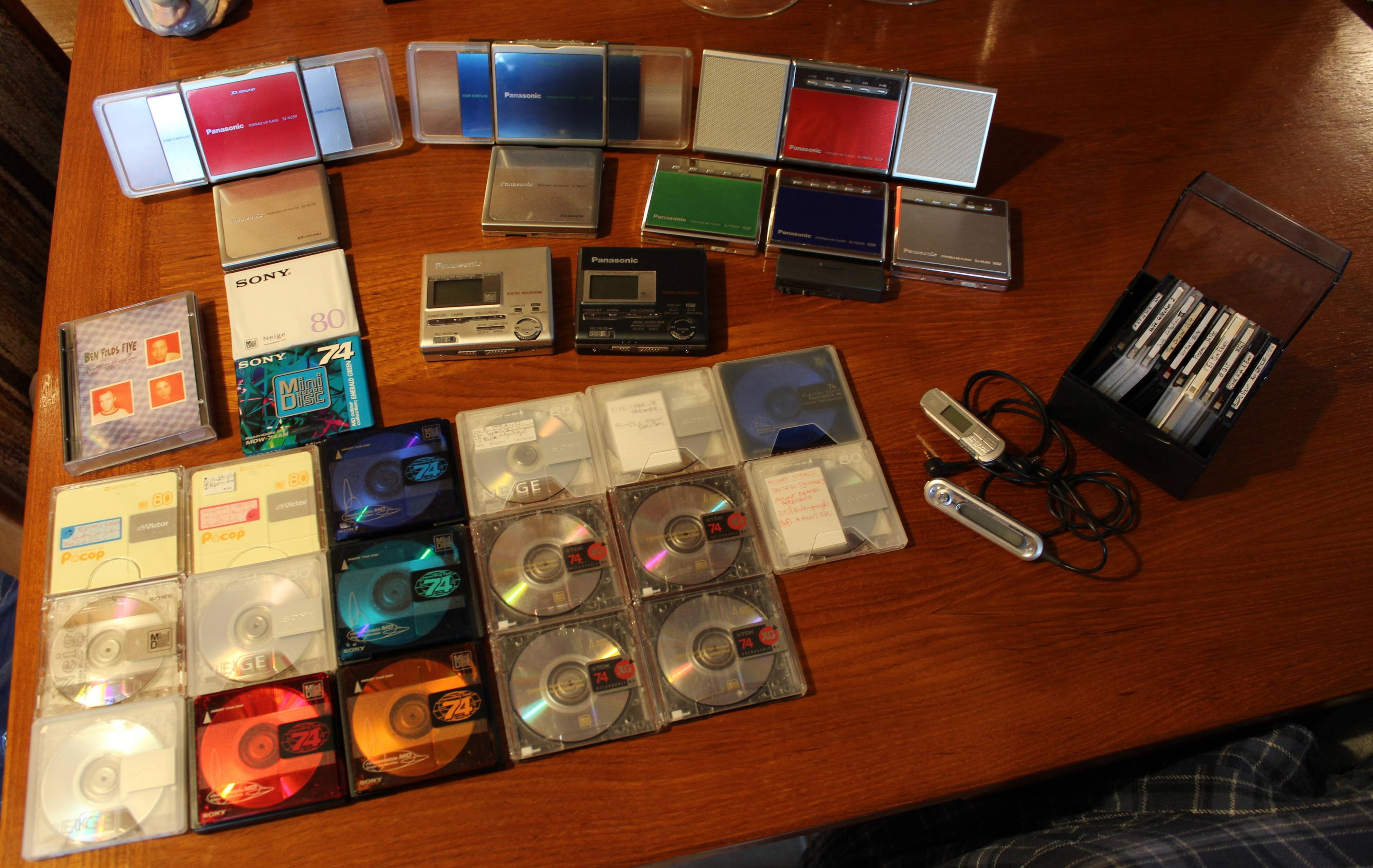 As you can see I like Minidisc and I have a thing for certain Panasonic Players.
On the left are the four SJ-MJ59's, two of which with the docking station speakers. These ones were advertised as "Air Drive". These happened to be current when I was in Japan in the mid 00's, minidisc was still huge there.
To the right of those are the four SJ-MJ55's. One has the speaker dock. This was the one before they released the first "Air drive" sets for the SJ-MJ57. This has a bit better sound then the air drives, which trade off a bit of sound quality for flashy looks and blue LED lights.
In the middle are my recorders, the SJ-MR100's. There are many other recorders they made after these ones, but the design of this particular one is just peak Panasonic design for me. It also has great sound when recording from an analog source. Not my favorite or Digital recording, as it sounds slightly thin, but still nice. 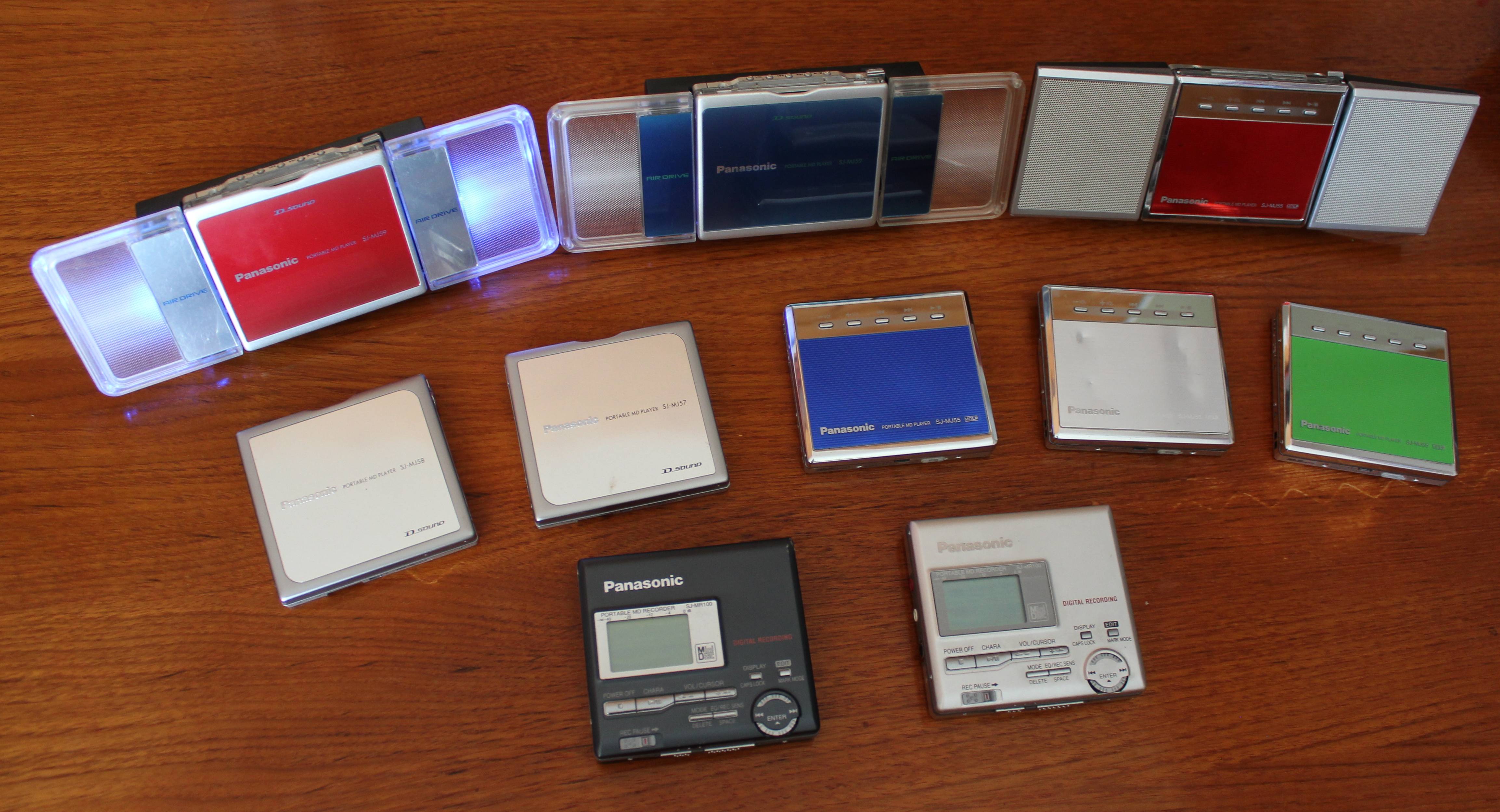