Here's a never before released design document for Streets of Rage on the Mega Drive:
https://mega.nz/#!5AVUxCaI!ERI1U9pAXr4aEuIXu33LSV4dqZEw12re64e-oKgPtqs
I originally posted some info about this here. Continuing here now that we have a dedicated forum for design docs. You'll see a couple of pages missing/cut off. That's the condition of the document I have, it's a scan of another doc and those pages were messed up by whoever made the previous copy. Still an interesting read, it's got a fair bit of detail on the game mechanics. I'll also be posting another thread on a game design document for Heavy Nova (in Japanese) which I received at the same time as this one.
Reactions: eezzzz, pato, Shiva and 7 others
1

This is epic! thank you so much for sharing, I loved SoR as a child even have SoR2 sitting next to me in a draw still.

Somewhere in the dephts of YT I watched a vid about Yuzo Koshiros' sister. If I'm correct she was the main designer and programmer of SOR. She took that game very serouisly. It's Sega, strong women everywhere like the main hero Alis (Phantasy Star1 which was designed by a woman too) or Sarah Bryant (Virtua Fighter). No bouncing DOA boobs and lame stuff like that.
Last edited: Jun 26, 2019

This is great stuff. Fans of the series should also note that the SOR2 design document was also released some years ago, by Ancient themselves. It explains a few things (for example Vehelits in the alien stage was a theme park robot; it was supposed to have a dude behind a glass on the top, controlling it - similar to Dr Dahm in SOR3).

Speaking of which, I'd love to see the design document for SOR3/BK3. Both the Japanese original, and whatever was used as a basis for all the changes in the US version. It would be fascinating as hell to read, considering that BK3 feels extremely rushed and poorly put together with plenty of missing content (the motorcycle levels, the moveset of Zan, the enemy placements in general, the maybe 3 total sound effects for punching, etc), and SOR3 is legendary for its blundered localization. Would be great to see what was the intended product for both cases.
Perhaps someone could send a tweet to Ancient or the two Koshiros about it?

Opa-Opa said:
Somewhere in the dephts of YT I watched a vid about Yuzo Koshiros' sister. If I'm correct she was the main designer and programmer of SOR. She took that game very serouisly. It's Sega, strong women everywhere like the main hero Alis (Phantasy Star1 which was designed by a woman too) or Sarah Bryant (Virtua Fighter). No bouncing DOA boobs and lame stuff like that.
Click to expand...

Well, it's not a Youtube video, but here's a translated version of an interview with Ayano Koshiro. 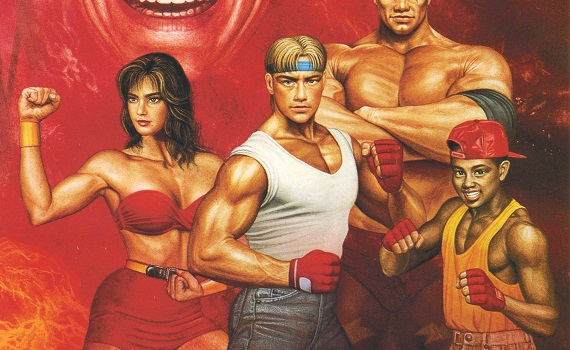 shmuplations patreon archive commissions about Streets of Rage 2 – Developer Interview This interview is an in-depth look at the making of Streets of Rage 2 with its designer Ayano Koshiro. Although a veteran of game design whose work has graced classics like Actraiser, Lunar, and Ys, in the...

Unfortunately soronline seems to be gone, but the backups by archive.org thankfully seem to be fairly complete. Would suggest downloading that translated SoR2 design doc, since archive.org seems to be the only real source at this point. It's also a fascinating read besides.

Oh thank you so much! I've lost all my browser links and shmuplations is such a gem? I forgot about them, all that interviews, great!

Edit: There is a vid about Yuzo where he plays some emulated shmup and talks about his and his sisters involvement. Don't know where...
You must log in or register to reply here.