Terraonion MODE - 2 in 1 ODE works in Sega Saturn AND Dreamcast!

I have nothing against Terraonion but I do have some thoughts on the MODE and the release video.

Has anyone pre-ordered one? Do they charge up front for the pre-order? Considering the prototype status and the timing I think this might be a way for them to get some cash flow to finish development and start production, potentially because of covid-19. It's interesting that they don't show any clear footage of someone playing a game on either console considering that they mocked krikzz for basically doing the same thing.

Currently the layout doesn't make sense to me. On the Saturn the cartridge slot looks like it would block the USB port and for the Dreamcast you would need to cut a hole in the back. In the video they say that they're going to move the USB port to the top which hopefully means they're going to rotate it and push the SATA connector down so you can access it by just popping the lid. It looks like on both the Dreamcast and Saturn you would need to remove the top shell anytime you wanted to access the microSD or HDD. For the Dreamcast you should be able to fit an HDD underneath the PCB (although this could depend on the SATA connector, it's a tight fit) which would free up room to move the USB port and microSD card slot to a more accessible position. Alternatively they could use a m.2 connector, at the price point I think the people who could afford it probably can afford to use an SSD.

I currently have a USB GDROM and may consider this if it has the ability to reset to the main menu from the controller. I don't think I've seen that mentioned unless I missed it at the sites I've read about this product.
N

I would also love them to incorporate the widescreen and/or 1080p hacks.

darcagn said:
Right now, with GDMenu, we have something close to that, I have a custom dark theme I made that is very basic but uses official-looking art.
With OpenMenu, we'd be able to create some really cool looking menus that totally fit in with Sega style!
Click to expand...

Is there a download link available to your custom theme? Thanks in advance. 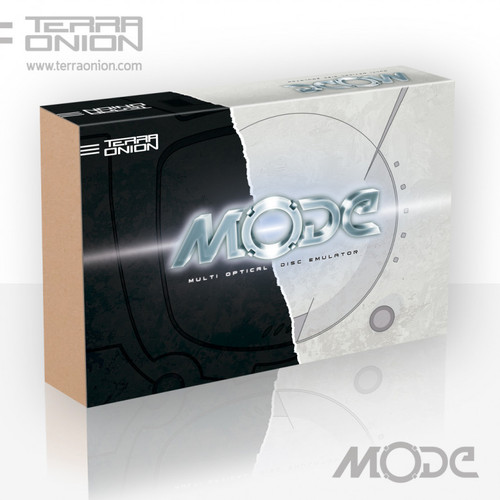 I got tired of waiting for Laser Bear to release a SD card mount for the Mode and grabbed this excellent one from Bit-District.

Thanks for posting this. I had been looking for a mount forever, as laserbear still hasn't shown anything to be coming for sale soon. Unfortunately this one is sold out. Hopefully it comes back soon as my MODE is finally shipping

onestarv2 said:
Thanks for posting this. I had been looking for a mount forever, as laserbear still hasn't shown anything to be coming for sale soon. Unfortunately this one is sold out. Hopefully it comes back soon as my MODE is finally shipping
Click to expand...