You are using an out of date browser. It may not display this or other websites correctly.
You should upgrade or use an alternative browser.
T

Ah great !!
It's a very good thing because this bug ruin the end of the game.
Reactions: truemaster
F

The game is now full playable in french since yesterday whaouhou :-D

It's ok with other player but I can't finish the combat mode shorter than 10 minutes so I have only a rank C.

I used the ion gun with Chris one time in order to beat the boss and never with other characters maybe it's why I didn't have any ranking and my time is not saved ?

[EDIT] I finish the combat with a character I have already a good and it seems that's it, no time and ranking saved if you used the ion gun.
I compare again you 1ST_READ.BIN and mine and I don't forget any patch.
Last edited: Jun 14, 2020
Reactions: truemaster
T

if you use the special weapon even once time will not record. and you will not take any grade. since you can take grade C that meens patching is ok.
Reactions: fafadou
F

Ok I did it again with Chris and now I reach the C RANK so everything is good.
I release the full version now until I'll build the patch as you done for BIOHAZARD CODE VERONICA KAZENBAN.
Reactions: truemaster
F

MediaFire is a simple to use free service that lets you put all your photos, documents, music, and video in a single place so you can access them anywhere and share them everywhere.

As I said in french the patch will be available as soon as possible
I'll share it also via the TRAF which is the french website archive for video games.

I want to thanks you again dear @truemaster for this wonderful adventure.
Of course I thank you too @Pitito nothing would be possible without you

What a fantastic challenge.

I have some questions for you both just for knowing :
- In your opinion where are the models in datas ?
- In mean title PVR you patched briantly for me, we can see a EXTREME difficulty mode, do you know if it's possible to unlock it ?
Reactions: zouzzz, truemaster and Pitito

The models I think are in the .mdl that are inside each rdx

By this you mean widescreen hack?
Reactions: fafadou and truemaster
T

to the best of my knowledge cv has no higher difficulty than normal. the original and complete versions (japan only) have the normal easy and very easy modes. all the other versions PAL and USA does not have difficulty selections, but as default the one and only normal mode. in addition that only in japan you have battle mode unlock from begining, and the special weapon the ion gun as you say. (linear launcher in english) also unlocked from the bigining. the extreme you see in the alpha layer pvr is simply not used. maybe it was just added in case the programers decited to make use of it but they did not, just like the some unsused texts found in the rdx. also im happy to see that you finaly made it. if its play correct on real console with texts and subs ok it will run good on emulators too. ps dont tell me you need to find the models to fix steave hands? lol
Last edited: Jun 14, 2020
Reactions: fafadou
F

@Pitito : yes I used the widescreen hacks, unfortunately I can't find an issue to use a code for removing black bars during FMV (there is a codebreaker code for US and PAL version but not for jap...)


It's a shame the extreme mode was not build, because the first run is perfectly well balance, but the second even 20 years later for me ^^ is quiet easy.


Hope now @yzb will back again, in order to add a first person view but not sure he knows this forum...
I don't know where we may find it...

@truemaster : linear launcher yes thanks to correct me
Now I know the both version, as you, I prefer the RECV fight between Alexia and Wesker, the X version is a Wesker's glory edition and it's not good for the end of story drama. And one of my favorite moment, when Chris looks Claire in the lift, is removed.
But the quality of adds are beautiful especially the antarctic cave I really enjoy it and i'm happy to have work on it.
I'm finally surprising to see there is no gameplay in more in complete version ? maybe in other support version ?


truemaster said:
ps dont tell me you need to find the models to fix steave hands? lol
Click to expand...

LOL no, be sure no, it was an odd think I had ^^
I notice the hands are better in the rest of the game, so I'm agree with you the models are probably in rdx. Even if I've believed seen the main characters skins in an AFS.


The pc version have a little better skins and the dreamcast version is powered by windows ce, I'm just asking to myself if the skins may be imported easily ?
Reactions: truemaster
T

if you wana go re2 forget console ports. the classic resident evil restoration project by gemini IS THE real deal. for now it covers resi 1-2 and the first dino crisis. the result is superior compared to anything else. simply the guy patch the shity capcom lazy code and those games can really shine. on their original form they are lazy ports from psx giving very little more in detail. the only downside for you is only japan and english languages are suported. strange if you come to think that gemini is italian. 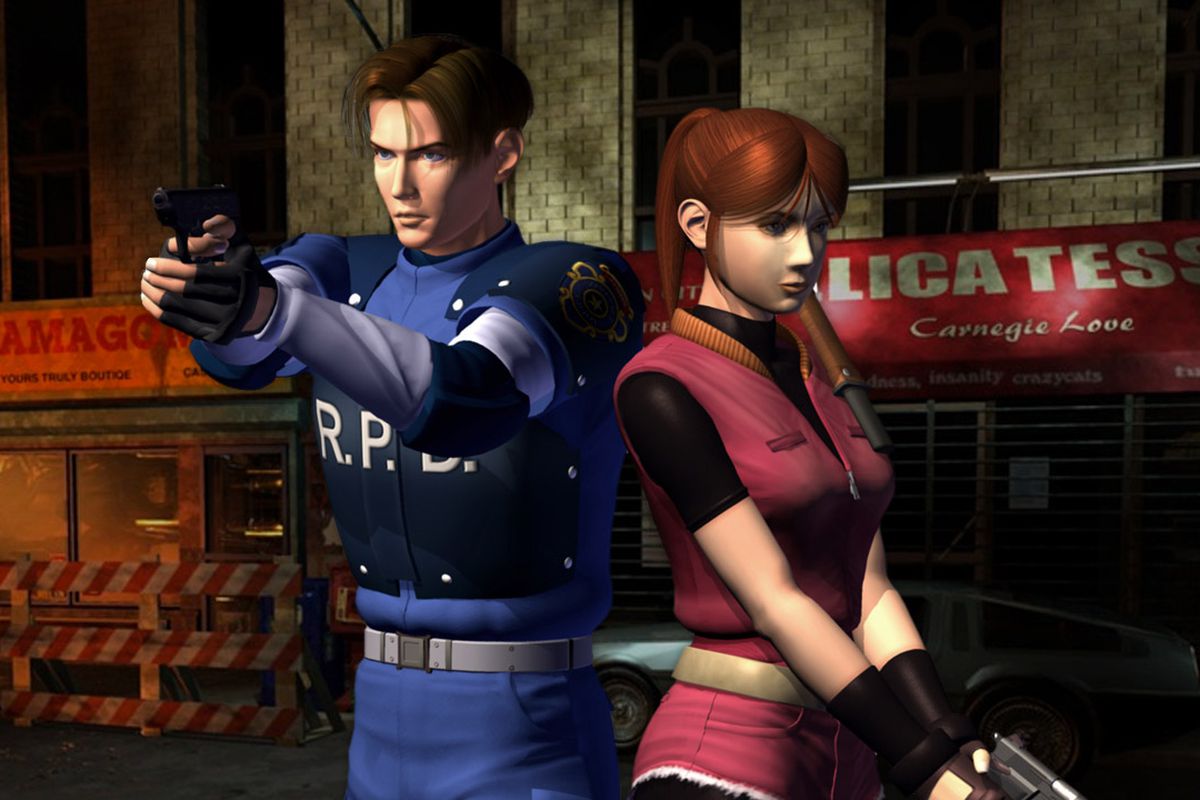 The Apple of Eden

Oh I didn't know that. Great

I have almost finish the delta xpatch.

There is a lot of translated games storage by the romhacking I'm talking with them in order to release the xdelta patch there.
Every langages are accepted.

Do you want I'll ask them for english and spanish version ?

It's fast you have to send them a READ_ME.txt that explain everything about your work and how you have to use the xdelta patch, a zip with patches and finally 5 screen captures whose the main screen title.
F

!WARNING!
YZB answer me by dreamshell forum PM, thanks to him

Here his mod to have the first view :
"The Japanese version and the Chinese version change the memory address 0x8C2199B8 to 0x02 or 0xc2. "

I try the exactly RAM adress (with the offset) with IDA and same thing...

what do you think about ?
Reactions: Anthony817
T

well i dont know. what i know of what i remember is that his mod has the 1st bin split in 2 parts maybe that address is valid for the 2nd half of his mod. what i mean is if you have his mod (easy to google for it) you may find the address on the second half, and if you search the near values of this address to our complete bin you may did the trick.

All right.
Start game
Ram position
2C2199B8
Replace 02 with C2 and you will have 1st person mode

It remains to know its real position in the bin, and how to activate and deactivate to our liking
Last edited: Jun 17, 2020
Reactions: Anthony817, truemaster and fafadou
F

How have you patch it ? Codebreaker ?

Only one octet to patch...

I think for Codebreaker it would be ...

i will try the cb code. from what i remember the view change with start button.
edit the code works but when you use the lighter to start talking with rodrigo it hangs.
Last edited: Jun 17, 2020
Reactions: fafadou
F

I request yzb to come here again and how he has done for patching the game directly in 1ST_READ.BIN...
Wait & see.
Reactions: Anthony817 and truemaster
You must log in or register to reply here.