I only used to have pretty cheap component cables for the OG Xbox, but looking at dedicated video enhancements for other systems like UltraHDMI for N64, I wonder if there are any similar Xbox-specific projects that I might have missed? Looking at the development of the Xenium chip, one would think the console still bears relevance to some people, at least.

there is something like https://www.chimericsystems.com/product/hdmi-video-adapter but not tried it myself

n64freak sells HDMI cables, but afaik they're just converting from component signals so you'd get similar results with off the shelf converters

Yes. There is a hdmi solution. https://www.chimericsystems.com/product/hdmi-video-adapter

The creator of open xenium is also making one

Kaico has one in the works

Dont buy any adapters that are converting component to HDMI, just wait for the proper solution due out next year.

Thanks for the feedback. I will avoid the cheap converters and be patient, then.

Borman said:
the proper solution due out next year.
Click to expand...

Sounds good, yet a bit vague. Does this project have a site with more info?

Edit: found this (decent but unofficial source) and this (empty placeholder repo) so the answer to my previous question seems to be "no", unless borman meant a different project.

Also, since such a solution would likely need to be encoder specific and the twatter pic shows a Conexant one, y'all might want to keep an eye out for a cheap earlier model console. I wouldn't bet on 1.6es using the undocumented Xcaliburs working, but I guess we'll have to wait and see. scratch that
Last edited: Dec 17, 2019
N

Maybe some day this will be out: https://github.com/Ryzee119/OGXboxHDMI. One can dream!

Edit: Had missed this post up on Retro RGB: https://www.retrorgb.com/true-xbox-hdmi-mod-announced.html, has some more details .

I've had a lot bad luck with the Pound HDMI cable and even the HyperKin HDMI cable both losing connection during gameplay for a good 3 seconds each time on a constant basis, my solution? 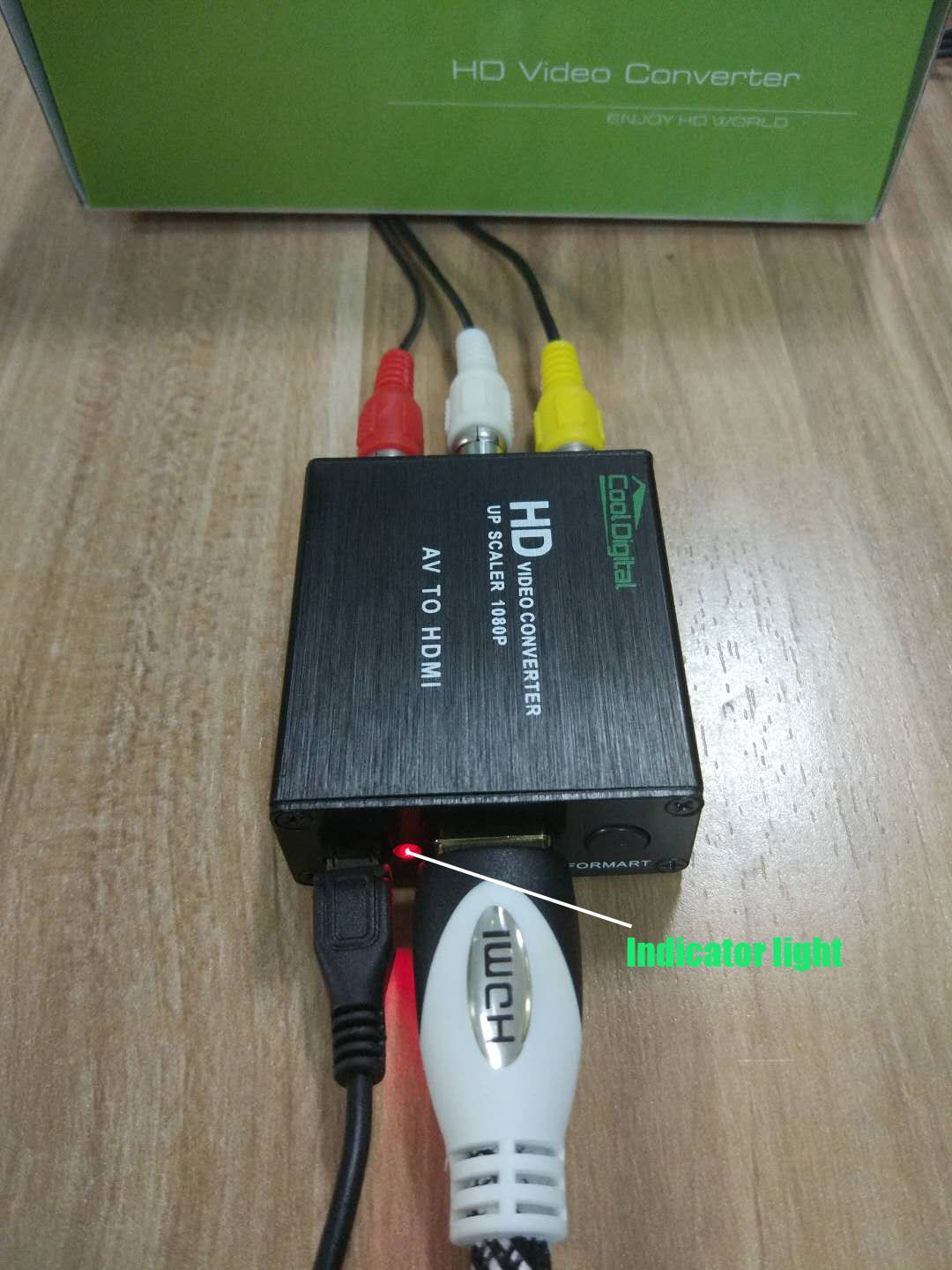 This isn't my image but I own this converter without the cool digital watermark. Its not 100% perfect but it does the job very well with no connection issues at all, it even gives you the ability to switch to 4:3 aspect ratio, which I recommend. This is also usb powered so if you're playing on a computer monitor like me which requires and HDMI cable with no AV inputs, you can just plug the USB cable to your computer. If this is on a new TV without AV inputs, you would use the USB on your TV for this if it has a USB port.

I have no complaints so far and I am happy with the result personally.

Sure you can get a component cable and use a converter for that to force out the Xbox's HD capability, but I wouldn't recommend that, at least not on 1080i

So I prefer this converter much more because I get to use the AV cable as intended, all without putting any stress on the console. This converter will upscale the picture to as high as 1080p, but I prefer upscaling it to 720p, that's usually enough for me which is its lowest setting. This converter is also very hard to get since the demand is higher than the production. Do not go with the converter that does not have the 4:3 aspect ratio option, its forced at 16:9 and the quality is very bad, I made that mistake and had to hunt down the converter that you see in this image. You're better off investing in an old TV with AV ports instead if you're going to go that route.
Reactions: Dans34

NightBreeze said:
Maybe some day this will be out: https://github.com/Ryzee119/OGXboxHDMI. One can dream!

Edit: Had missed this post up on Retro RGB: https://www.retrorgb.com/true-xbox-hdmi-mod-announced.html, has some more details .
Click to expand...

That's actually cool, but I personally wouldn't mess with my Xbox's hardware to install that since I'm not any good at hardware modding, but I might end up buying an Xbox that has that mod installed if its highly successful.

Looks like it is finally time for what I've been waiting for:

The first and only purely digital video output mod for the original Microsoft Xbox. Video is captured directly off of the pixel data bus from the GPU, encoded, and sent directly to your HD TV with no added interpolation or frame-buffering for a crystal clear, no added lag, video output. But pixel-perfect video isn't all the XboxHDMI offers. Audio is captured from the Xbox's digital SPDIF audio and output over the HDMI connector, and with the correct receiver allow for 5.1 Dolby Digital audio on select games. XboxHDMI has been in development for over a year and fully tested on every board variation and revision. At this time we're only focusing on board revisions 1.0 to 1.5 and may explore 1.6 support in the future.
Click to expand...

The first and only purely digital video output mod for the original Microsoft Xbox. Video is captured directly off the pixel data bus from the GPU, encoded, sent directly to your HD TV with no added interpolation or frame-buffering for a crystal clear, no added lag, video output.
makemhz.com
Reactions: NightBreeze
N

Thanks for the heads-up @Alastor, I didn't hesitate to put in an order!

I'm also excited for the XboxDigital and will be getting one of those as well, once released.

And seems Ryzee119 will be open sourcing his work soon, too exciting! https://github.com/Ryzee119/OGXboxHDMI/issues/1
Reactions: GoTeamScotch

Ah yes, I had almost forgotten the Github page.

XboxDigital should be a good deal as well, given the creator's previous accomplishments - and for folks that only own a 1.6 Xbox, it might end up being the only option. I have to swap Xboxes for XboxHDMI as well, since I used to play on a 1.6 revision and got another one (1.2 I think) in the closet as a backup.

NightBreeze said:
I'm also excited for the XboxDigital and will be getting one of those as well, once released.
Click to expand...

just curious, why would you want to get one made by Dan, if it is going to be the same, but based on his previous products, will have higher price?

Not much info on installation woes, but the HDMI kit itself seems to work pretty nicely. I look forward to put that into my Xbox (though I would have wished they had offered a 1.6 kit right away, so I could have kept on using that revision).
Reactions: GoTeamScotch
You must log in or register to reply here.