Decided to turn this into a megathread after realising how much unreleased content I have. Please see Gunz4Hire's post as that was the inspiration for creating this megatgread. Many of the following images have never been seen before, although I have been given permission to show them on Obscure Gamers for the very first time.

As early as 2002, Microsoft began exploring and experimenting with ideas of what would evenually become the Xbox 360. Known as the 'Xenon Project' internally, Microsoft put together many teams to work on the project and give the successor to the original Xbox all of the spit and shine their new console deserved.

First up, we have a VERY early image-based mockup of what would become the 'blades' dashboard from late 2003. As you can see, there are some interesting ideas which would later become more refined leading up to the 2005 launch. This mockup was created as inspiration for several designers working for Microsoft. 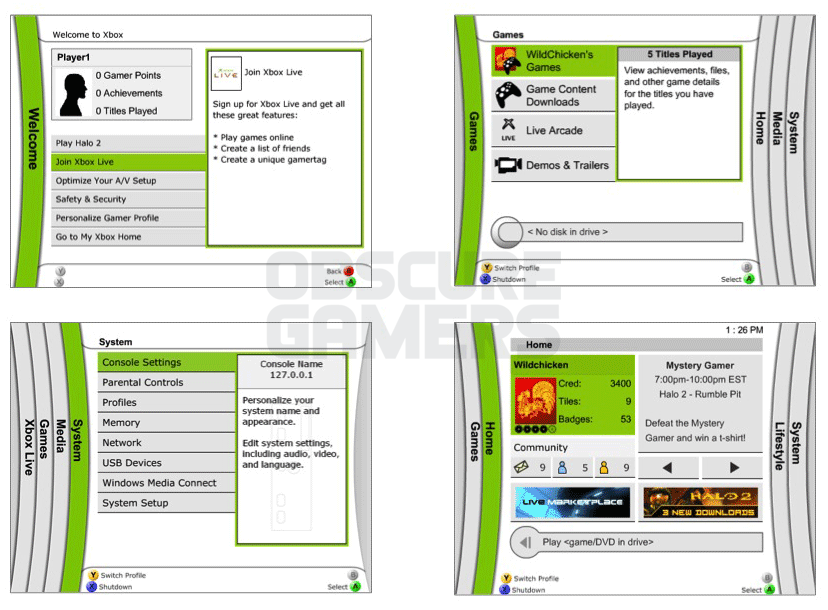 Next up, we have some other design ideas created by other teams from around the Xenon project. The following image contains several experimental ideas for the user experience, including a more 'physical' style with a more simplistic appearance. 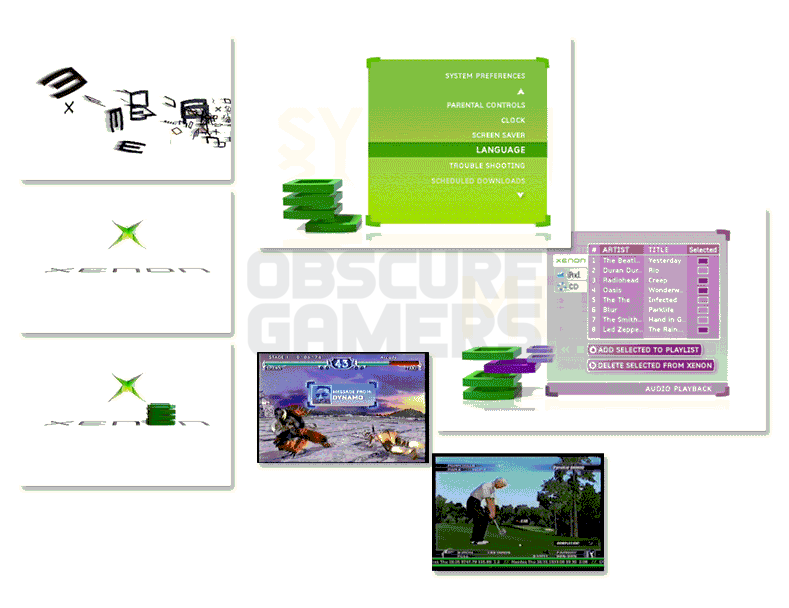 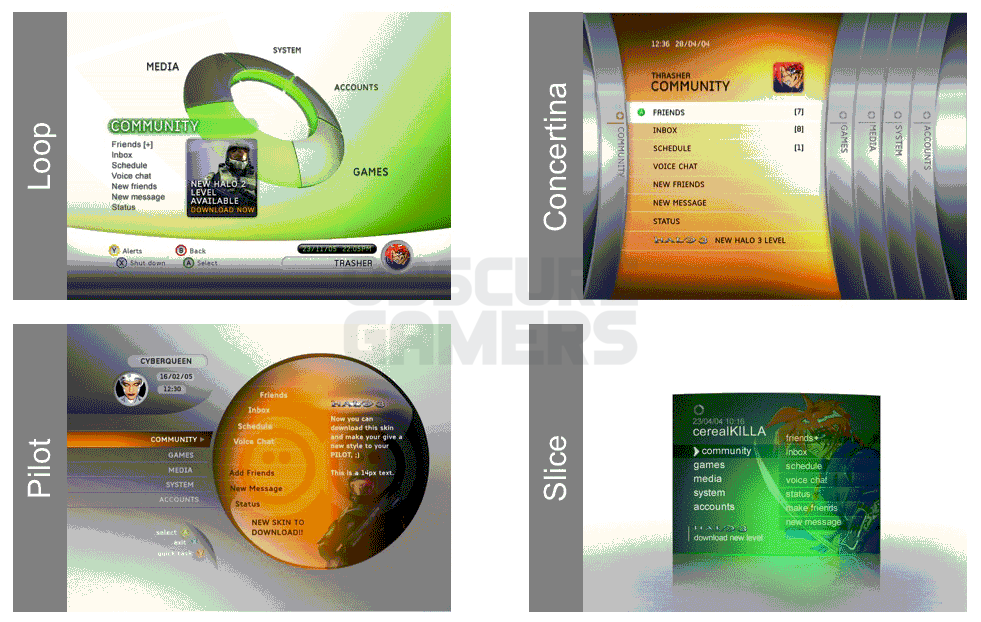 'Loop' and 'Concertina' were ultimately chosen as favourites, and would be further tested on Xbox Development Kits. Ultimately, 'Concertina' would be picked and was fully developed into what we came to know as the 'Blades' interface.

Not too much content here, but this is an artboard of some Xbox 360 boot screen mockups from 2004. 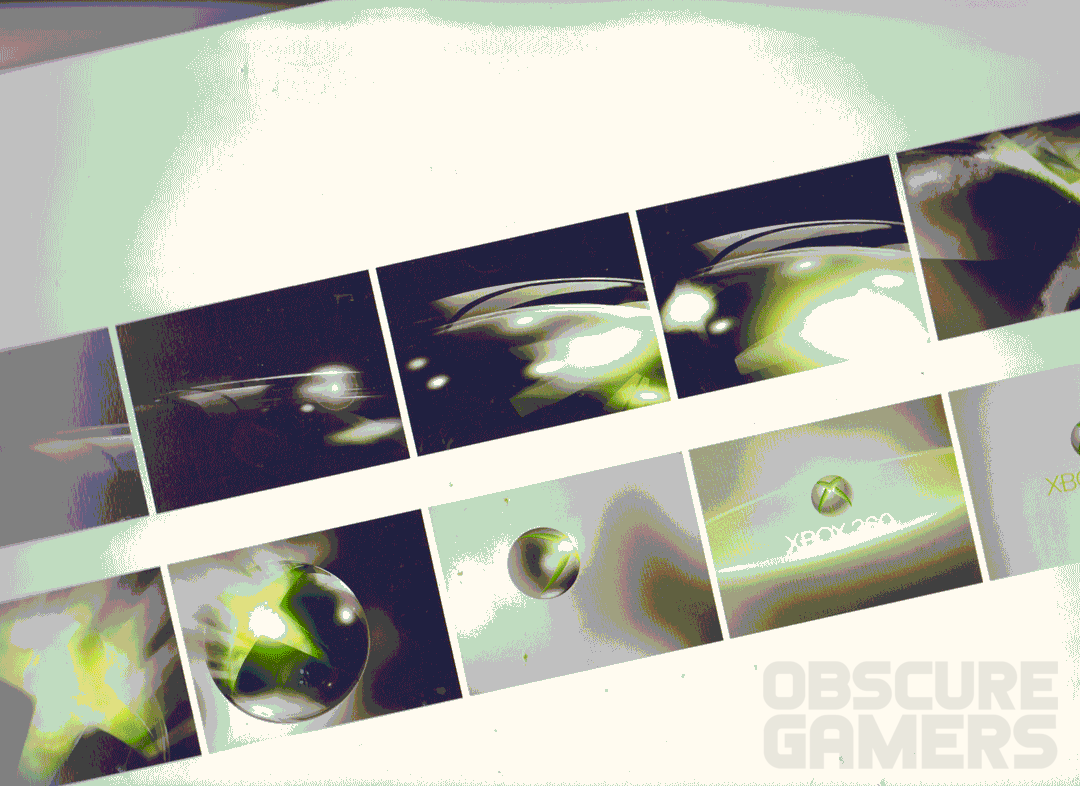 During the development of the 360, Microsoft contracted several design studios to create the physical form of the consoles. Many, many designs and prototypes were constructed. Most of the following images have been circulated on other websites, but for the sake of integrity, I have included them here.

Thanks for sharing Morphic! Very cool seeing the different designs of what could have been and mockups of what we ended up with.