You are using an out of date browser. It may not display this or other websites correctly.
You should upgrade or use an alternative browser.
I 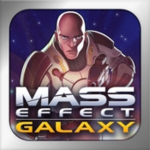 Today, after months of tireless searching, long lost apple app store games Prey: Invasion and Mass Effect: Galaxy were finally unearthed by vigorous and aggressive efforts.
Links for the preserved games up in a little bit. Edit: they are up

These games have been somewhat of a small holy grails for me for quite some time and im happy that they finally ended up being preserved after such a long time.
I managed to test out Prey Invasion on my jailbroken iphone 4s and confirmed it to be in working order, and the real deal.
I have not had the time to test out Mass Effect Galaxy though, so if someone could get it up and running that would be nice. I did however, confirm its authenticity by other means, by using my macbook and checking out what is inside the .ipa file itself.
Last edited: May 5, 2021
Reactions: Hazard, Diablodin and WD

Here's downloads for you all,

Thanks for finding these. Not sure if these are the first saved ios games or not?
Reactions: Illty