(sorry for my bad english)
In this story I'm telling true facts,

in my country there has always been a great traffic in the game industry because of the people who worked for the houses of video games and the fact that my country and a little out of this world and in the countryside ( done on purpose to keep hidden experiments in video games ) , these video games were not the usual games on the market games but still under construction and unknown , to remember the times of the playstation 1 and 2 games that I played on the prototype of the console sony, I also played a nintendo 64 in development called the ultra 64 was much more powerful than what we know (they are still in possession of this console .) Recently a friend gave me a console unknown at first sight are in a case of a computer and turning it on I found out that an xbox and testing it and much better than normal. My friend says that the microsoft beginning of 2000 he sent a small number of people console prototype to test them and can not explain why Microsoft has put the components of a console in a holiday pc.I think of owning one of this fact in writing there MEC 19/01/2000 (my friend said that the abbreviation MEC is microsoft experimental console, but is not sure because it is that time microsoft did not give him much information just to test it and told him not to disclose to the public) 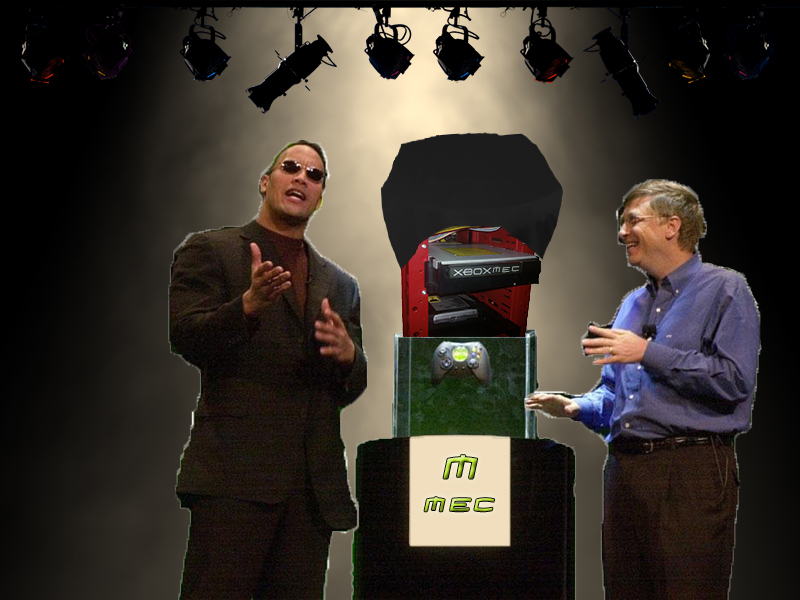 Haters will say this is a photoshopped image...

Are the mods on vacation? Jesus, how is this thread allowed to exist.

Seems legit to me.
You must log in or register to reply here.